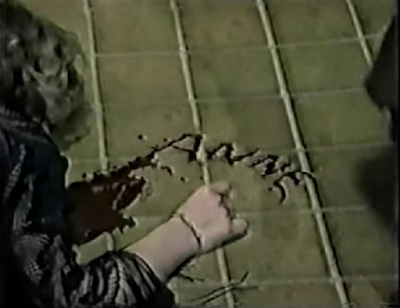 Heather Webber plotted against Diana Taylor and decided to kill her and frame Anne Logan with the murder by writing Anne's name in blood on the floor. Sounds simple enough, right? Heather does this and frames Anne. Case closed.

Well, not so fast.

Forensic shows that Diana died instantly, so she could not have written Anne's name in blood, so that (somewhat) cleared Anne. Heather then became a suspect and was arrested. After all, we saw her in a nurse’s uniform leaving the scene. There you have it. Case closed.

Well, not so fast. 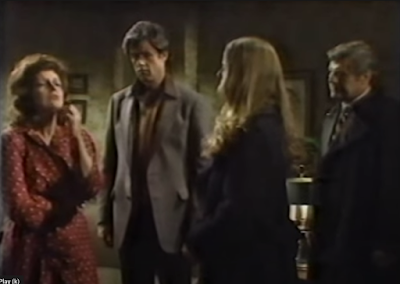 Apparently, Heather’s mother Alice Grant was in the closet and saw the confrontation between Heather and Diana. Heather went “into a trance” and Diana went into the kitchen to get a gun and Alice picked up Heather’s gun from the floor. Alice killed Diana. And left the room. When Heather woke up, she saw a dead Diana and took it upon herself to grab Diana’s hand and write the name “Anne”.

Alice confessed to Joe Kelly that she killed Diana.

I didn’t see that coming. Did you?

Note from WubQueen:  I DID NOT...and the fact we all WANTED Heather to have killed her and be sent to jail was just the emotional twist of the knife needed!! Everyone LOVED Anne! This was back in the day when good characters could be thrown under the bus for real!!

Note Note: I missed today's show because of an appointment! Enjoy this from Dave today--

By delcodave - January 25, 2021
Email ThisBlogThis!Share to TwitterShare to FacebookShare to Pinterest