Holding Up The Wall

Oh after yesterday's awesome show, I'm so ready for today!! LOVED every minute of it. Ok, except for Jordan. ugh.

Dante and Liz. They talk about Lulu and the explosion. Dante is there seeing Kevin. He goes to Kevin's office but its' DR O IN THERE!! She wants to talk 'about the work they have to do".  She tells him Dr. Kirk is dead and she's taking over. He says he has to check with the WSB first and she clicks her pen. THEN Dante tells her Peter and Maxie are getting married and that Maxie is pregnant!!

Laura lays into Jason about Florence. Jason blinks. Laura says she knows it's him because she told Carly. He acts dumb. She tells him to tell her where Florence is. Jason says nothing. Just stares. She lays into him and says Florence is frail and it's not good to keep her out of her surroundings. Jason can't really even look at her. She pleads with him to let her go. Then she leaves.

Maxie and Peter at the Metro. Robert gets off the elevator reading the invitation to the double wedding. "TELL me this is a MISPRINT"!! lol

Martin and Valentin are going over work. Marty tells him that Laura is his sister. Val almost falls off his chair LOL Then he's like OMG Cyrus is her other brother? HAHAA. Anna totally interrupts them to talk to Val. Anna says she can't get answers about Dante from the WSB and is going to ask Robert for help. She goes over to Paxie table to talk to him. She tells him about her concerns. Robert tells her about Dr Kirk.

Anna goes to GH to talk to Kevin but sees Liz. They talk about Franco and his tumor. Liz tells her he went to Switzerland to see a WSB doctor Kevin recommended. Anna's like: WHO!!? Liz says the doctor was killed in a mugging. Then she tells her it was Dr. KIRK!!

Carly is at Jax's house. He tells her he's worried about Josslyn. She's like DON'T EVEN WORRY. They argue and Nina tries to stop them. Carly snaps at her. Nina says it's fine. She leaves.  CarJax talks about Nelle being Nina's daughter and not telling her.

Sam is trying to call a rehab facility. Franco is at the door wants to see Jason. She says he doesn't live there anymore.  He goes to leave and falls against the wall.  He hears Peter's voice in his head saying "I"m sorry I have no choice". Sam gets him inside. He says it was a migraine. She doesn't believe him. Then Jason comes home. Franco wanted to tell him he might not turn into the psycho killer afterall.

Anna runs into Dr. O at the elevator, Dr. O has a mask on 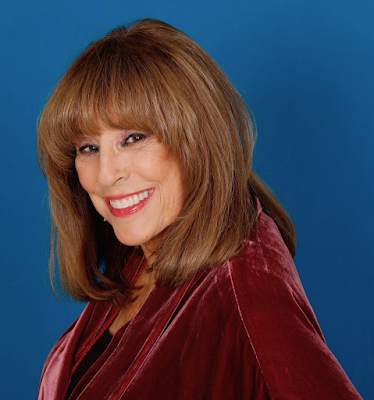 HEY DENISE ALEXANDER IS BACK AS Leslie!! No details as to when yet. I'm so happy!!

By kdmask - January 05, 2021
Email ThisBlogThis!Share to TwitterShare to FacebookShare to Pinterest