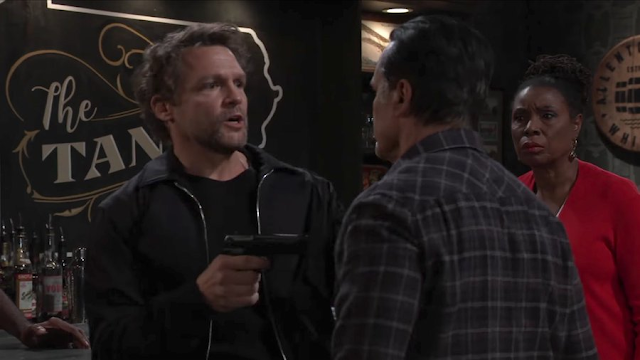 Another week, another GH interruption! Here's hoping life calms the hell down and we get smooth sailing for awhile. GH this week was better for me, especially with the whole Q scene-- and Sonny's story might be getting a tad interesting within it's tiny bubble.

Since Sonny is saving the day for the Bar, let's have a WUBS Signature Cocktail shall we?  Johnny Walker Black on the Rocks. 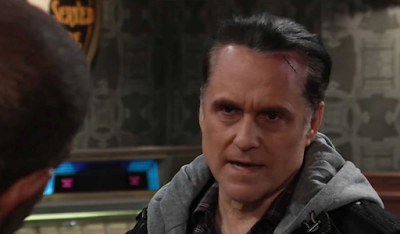 MANIC MONDAY OF THE WEEK:   Still not a big fan of the quaint Sonny story but... the fact he's off his meds could prove to be great material. So far, he's knocked down a gun man, cleaned the floors and all the liquor bottles AND tried to get Lenny to improve things. Lenny has had it!!  Phyllis thinks he has an underlying condition. Hmmm, what will happen when Sonny crashes? BTW, I call him MikeSon or Sike for short. It's still unbelievable they haven't tried to track down who he is but... eh.  I'll hang in there a bit longer. 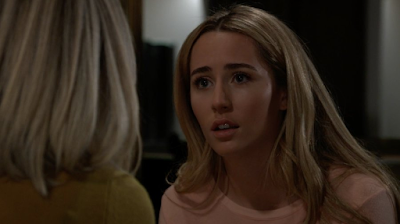 WHERE'S MY BABY OF THE WEEK? Ok, I was going to use Nina as the poster girl for this but Joss was the one that finally drove this story ahead. What started out as a good "who is it" has just spun into 'get it over already'.  There's a necklace floating around that Ava finally got. Jax wants to come clean but Carly doesn't-- because she's afraid of ....Nina? (okay..?)  But Nina HAS THE OTHER HALF and anyone who sees it will know! So even if she does get the necklace, won't matter. And even when she finds out NELLE IS 'DEAD' so??? Unless there's a switcheroo or Nelle appears, don't care. 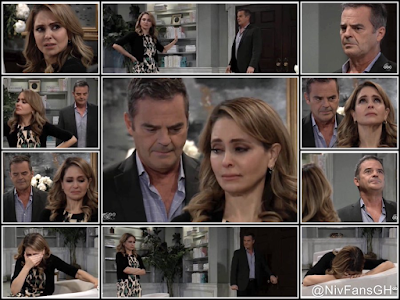 SECRET'S OUT OF THE WEEK: Stunning work by all involved in the whole Q meltdown. Olivia finds out the truth! Tracey is outted as setting Alexis up!! Sam and Finn watch in horror! The fact that these characters all shared airtime was wonderful. Of course, Lisa LoCicero did a bang up job as the cheated on wife. Alexis went after Tracy and Jane Elliot sold me on the "I was just looking out for you" excuse because...well, Jane Elliot.  Sam said she's sorry to her Mama; Alexis seems like she's going to stop drinking and Ned's off for a bit so Olivia can be alone. Oh! And looks like Leo won't be adopted after all. Only thing left is for Olivia to buy Charlie's and rename it "Cheaters" and live with Leo in the back. She can take her pizza oven!  Photo thx to @NivFansGH 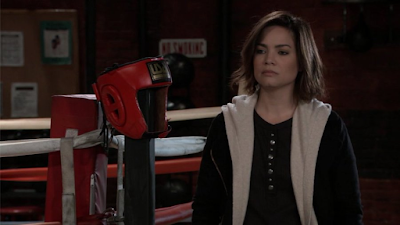 THROWDOWN OF THE WEEK: Oh, Lizzie is PISSED!! "If you want to kill Franco, you'll have to go through me"!!  By the way, last thing Jason does after she leaves is...cock is gun!! LOL BLOOP! 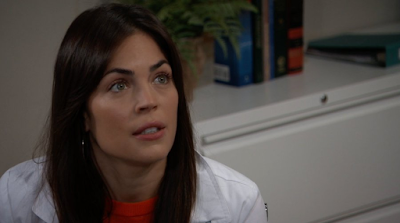 EYE-OPENING OF THE WEEK:  Jason tries to tell Britt her brother is a badie but she's not so sure. That is until Peter waltzes in and wants her computer. She complies but just to find out what he's up to. Ah, he's stealing Franco's medical information. Interesting. Maybe Britt and Jason can go to the double wedding together? Please? 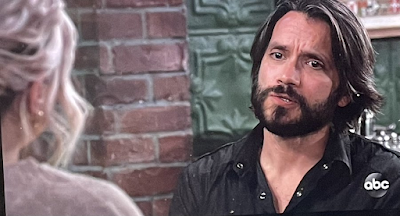 CHEM-TRAILS OF THE WEEK: Oh, Dante and Maxie. Yep. I can so see this. She gets hurt by Peter and who else to pick up the pieces but her Coma-tized BF's  ex-hubby?? That's SOAP 101 people!! You know they'll form their little fam and then--Lulu awakens! Plus I kinda dig them together. 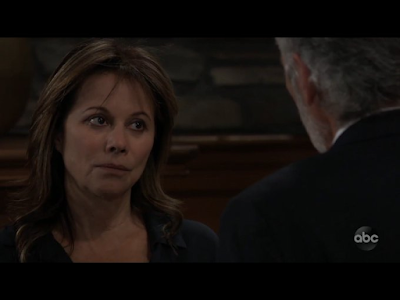 CHEM -TRAILS 2 OF THE WEEK:  Yes, I enjoyed these scenes. I'd love for Tad Martin Gray and Alexis to get together! 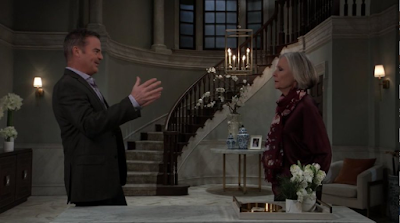 Sonny is full on manic-mode at the bar

Olivia figures out the truth and lays into Alexis and Ned

Ned leaves the Q mansion for a bit

Liz tells Jason to back off the plan to kill Franco

Anna and Kevin find out that Dr. O was one of Dr. Kirk's patients 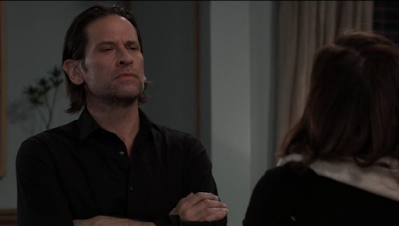 SCOOPS:  Get ready for Tuesday Jan 27th when Jackie Templeton interviews Sasha for Good Morning America "3".. which airs right before GH.  I guess it's all about her "overcoming' her addiction but it's promised that a secret is set up in the segment.

Look for Portia and Curtis to team up a bit and Maxie visits Nathans' grave.

As always check out Diagnosis Daytime for all the upcoming Spoilers!

That's it!! Next week will hopefully run smoothly and I won't have to watch too much Hulu. Monday I have an appointment but should be back by 2. What's your fave part of the show right now? Mine has to be Alexis, Olivia and Nedly. I'm a bit intrigued by Sonny's state of mind as well. Seems everyone has forgotten about Poor Florence who's still being held at some safe house! You'd think Jason would just get her back to the facility but???

HEY BILLS GAME later today. I'm nervous as all hell. I'm not even sure I want to go through another Super Bowl. You have NO idea how 4 loses just gut a person. We will enjoy wings today tho, Anchor Bar style! Have a good one.

By kdmask - January 24, 2021
Email ThisBlogThis!Share to TwitterShare to FacebookShare to Pinterest