A few months ago, Karen and I did a blog that featured our favorite recasts. Today, we are bringing our least favorite. Note: This could be taken in many ways, and we will explain accordingly in our picks. 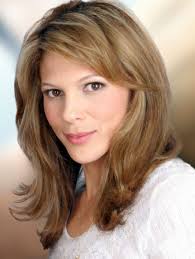 Was she a bad recast? No, she wasnt. Bad actress? Definitely not. The bad recast part has to do with the fact that the fans didn't believe or accept her portrayal or her chemistry with the other actors. She essentially wasnt given a chance. She had huge shoes to fill (Brown, Braun) and they only gave her 5 months. Most recasts take longer than that to be given a chance for the actor to grow into the part. 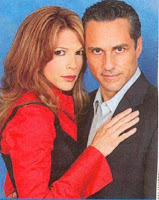 I barely remember her. I think I wasnt around much at that time. But my brain tells me there might have been something off camera that happened behind the scenes. In 2014 the 3 Carly's reunited for the anniversary show. And she was left out. Again, not sure what to make of it, but it could have been something behind the scenes or maybe she was busy on another show or was invited and turned it down. (I'm leaning towards her being omitted)

This may have been a bad recast, although not necessarily for the obvious reasons. 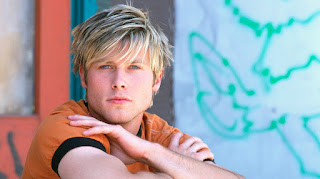 Not only did I love Jonathan Jackson, I was not ready for a Lucky recast at the point they brought him back. I wasn't in the mood to have some glam-boy playing my guy, especially one with Hollywood Teeth. (he did have them, so did Colton who played Nik at the time). Looks aside, he was young and didn't have JJ's acting chops. Having scenes with Constance Towers were just lackluster because there was no depth. Of course, Jacob moved on to The Bold and The Beautiful and I saw him briefly in his role when I watched the transition story. Much improved. But he wasn't Lucky.


This is the blog for Wednesday.
Feel free to comment below on today's show
or anything else that strikes your fancy.
By delcodave - February 19, 2020
Email ThisBlogThis!Share to TwitterShare to FacebookShare to Pinterest