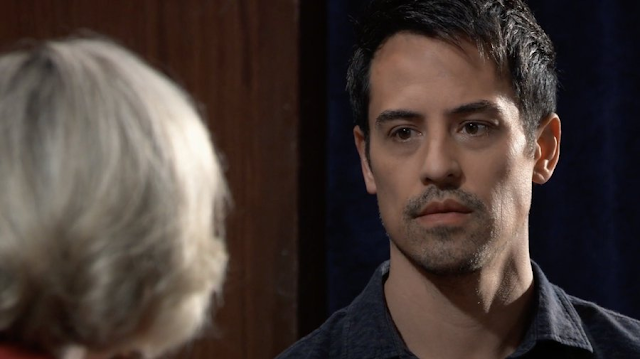 Day One, Two, Three of GH this week was the filler you find in double stuffed Oreos. Day Four and Five? Giant Buckets of SOAPY FUN!! The goodness arrived all at once and I was tweeting like a banshee. Maybe next time, spread some of that joy over the week? Lordy! Hard to keep up!!

Who said the word 'idiot' this week? My pal Frank reminded me that Carly, Joss, Spencer and Ava all mentioned that term !!

So much to unpack so let's go!

Note: SO much happened this week it's impossible to fit it all in and not have you sit here for hours!! I do suggest you watch Thurs/Fri shows if you haven't already. Jam-packed goodness. 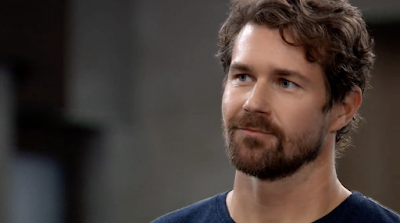 IDIOT STALKER OF THE WEEK:  Good Lord. This isn't Moonlighting or some cute '80s rom-com. Cody sure thinks it is tho! Too bad his  banter game is lame. Take that AND the fact that Britt has told him to bug off several times and said NO a million and you have a creepy "YOU" type stalker. (Although that was a great show...and well, he's no  Joe Goldberg).   Cody is  paying off Aaron the pool guy (same one that Nina yelled at) to tell him when Britt shows up! :eyeroll: Even Maxie's trying to shove him at Britt "be more aggressive, wear your heart on your sleeve"...and now he has a 'plan' he wants Maxie to help him with. Hope it doesn't involve a long lens. 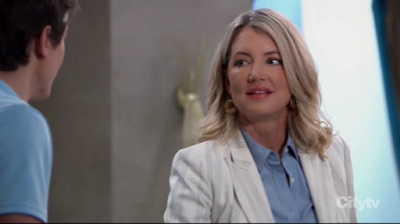 IDIOT MIDDLE SCHOOL FIGHT OF THE WEEK:  Nina and Sonny have a tiff!! First Sonny warns off Aaron the pool guy who's telling Nina off by using a mixture of old school Godfather and Some Mike-of-Nixon-Falls Zen talk. Anyway, he and Nina get into it and she wants him to pledge his loyalty to only her and not, you know, CARLYYYY. He says she has to do the same. *sigh*. 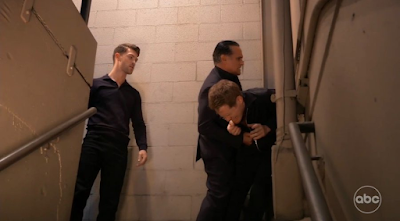 FIGHT CLUB FIGHT OF THE WEEK:  So, Sonny and Dex are down in some sub-basement beating the living snot out of "Felty" the BadBoyReporter ---Drug Dealer and JOSS pops up. It was so strange and so ..weird that I honestly thought he was having a dream. Joss is out jogging in the night in some deserted area of town and spots Sonny getting out of a car. She thought that was strange (?????) and follows him, tapes the beating and then yells at him about what a horrible homewrecker he is.  Sonny sulks away to go tell her mommy on her and DEX steps up to plead his case so she won't go to the police. She actually stands there and listens! They even smile at each other at the end.  I'm still not sure what the hell I watched. I guess it was a Joss-Dex chem test but ...eesh. 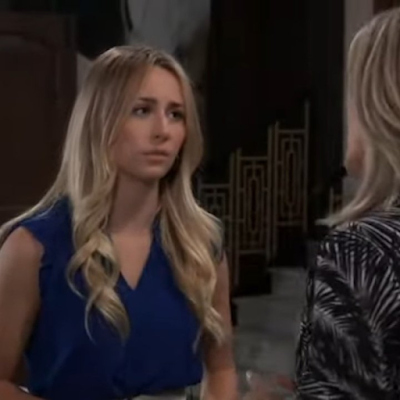 IDIOT TRUTH BOMB OF THE WEEK:  Ok, well.. that scene did lead to one where Joss tells Carly both she and Jason were idiots for following Sonny all those years so some good DID come of that. Funny how Joss couldn't wait for Carly to marry Jason but--like mother like daughter! Photo Thx to @_harper90 DADDY DAUGHTER DANCE OF THE WEEK:  So.. Esme gets into see her dear ol' Dad and tells him about the DNA test regarding her mother. Ryan says he never really even knew her name and yada yada. He wonders how Victor could have found her if he couldn't. I'm over here wondering how Ryan found ESME if he doesn't even know who her mama is!! LOL..Maybe she wrote him an anonymous letter?  Maybe she's NOT Ryan's daughter, but that a discussion for another blog. Either way, Esme and Ryan are a great pair and it ended up with him basically threatening her and then hugging her. I think some pyscho-pathological grooming has gone on here! 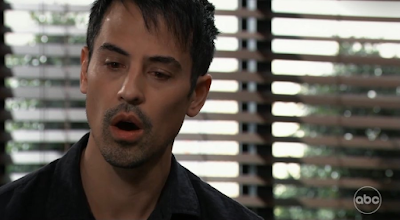 IDIOT CHARACTER'S LIGHT BULB GOES OFF:  Oh, Nikolas. DERP. After Jordan visits, he finally realizes that he was duped by Miss Prince and she was the one that filmed the sex video. He also realizes she's going to tell Ava so he decides to tell her himself.  Well...hang on to your hats because.... 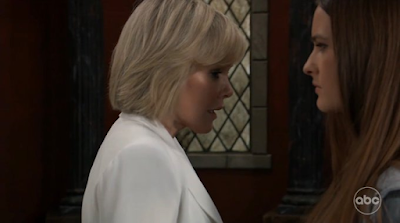 THE RETURN OF AVA JEROME OF THE WEEK: I almost threw a party!! Ava's blinders are finally off and it was glorious to watch.  First she rips into Nikolas for sleeping with a High School Graduate (LOL) and then she calls him stupid. Ah it was so perfect!! Nikolas basically blames Esme for everything and Ava just leaves him standing there like a wet fish. THEN..we get the Esme-Ava showdown at Wyndemere. Esme is packing and Ava walks in. Insults are hurled; and Esme even gets in a few good digs at Ava. One being sleeping with Morgan and two telling her she wondered when Avery was going to find out she was a product of hate-sex with Sonny! OOO!! Lordy!! I loved that she stood up to Ava because it's rare and she's so young! Great potential for another villain on GH! Ava is realizing that Esme knows far to much about her to just be working on Spencer's behalf. Will she figure out the Ryan-Connection?? 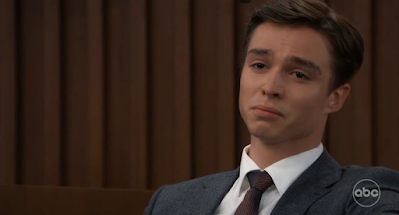 TRIAL NEWS OF THE WEEK; So, the only thing you really need to know is that Spencer got up and admitted to sneaking out of jail to visit his mom's grave and thus gave Trina an alibi for the time the email was sent out. Unfortunately for him, the ADA figured out you and time the sending of an email so it doesn't really matter. Whoops. By the way, someone should put on a tech expert forensic phone guy or gal on the stand, right? You can also remote time a phone to film. Anyway, Trina gave Spencer some loving-looks and a tear to seal the deal that Sprina is the end-game here. May take awhile but it's coming. 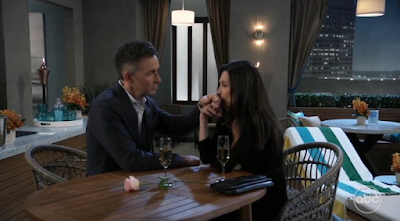 HOT VANNA NIGHTS OF THE WEEK: We got a great Vanna scene that could have been easily lost in all of the filler and hub-bub going on. Anna knows Valentin is up to something and even checked on his whereabouts while he was supposedly at the clinic. Valentin talks himself out of that but for the LIFE of me, I can't figure out why he won't confess about Victor. Maybe he thinks she'll think less of him and maybe go to the WSB about Luke's death? They could be working together on this!! Although Anna is wary, the do share a kiss and presumably dinner but that was off camera. 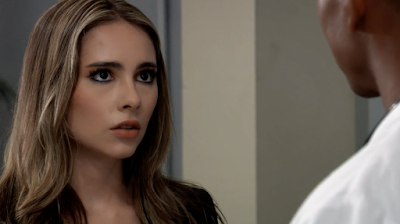 CRUMB OF THE WEEK: Molly brought TJ a smoothie and told us all that she was basically thrown off the case she was supposed to co-chair. Welp! Okay then. 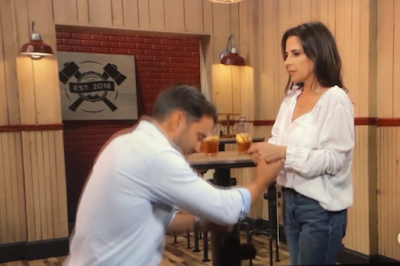 FAKE OUT OF THE WEEK: No, Dante didn't propose to Sam but he did ask her to move in. She got very silent on this notion and wasn't really enthused. Why not? Ditch the penthouse and go for it! Maybe we'll even see some domestic scenes with 3 kids trying to live together in their tweens. (AHAHA , that was sarcasm). 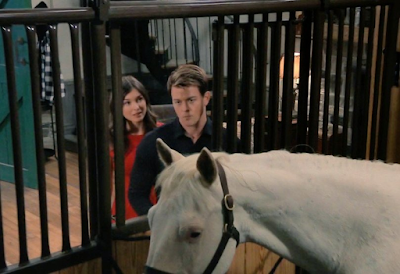 HAD TO LAUGH OF THE WEEK: I have to mention this because it was a riot-- Millow goes into Comet's "House" late one night to talk about life, the baby and of course, Wiley. The horse is in the middle of the downstairs of Cody's abode. They are just in there gabbing away. I found it hysterical. And PS I don't think Comet likes Michael much either. Giggle. 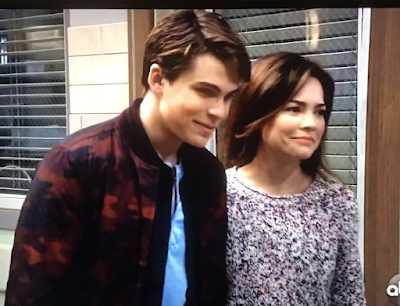 MISSING PIECES OF THE WEEK:  For the love of GOD--Why do you show Austin once every  3 weeks talking about...whatever the hell is going on there. We see him on the boat with baldy mentioning his "boss" and again... nothing.   Where were Cam and Elizabeth during the trial? Cam wasn't even there for Spencer's reveal!! Robert, the DA really needed to be around for this as well.

IDIOT WUBS MOVE OF THE WEEK: So, I actually watched a clip 2x  of Dex texting Michael and I still say editing messed up because it sure looks like Dex was gazing at a photo of Wiley on his phone. I of course, freak out and assume he's his real dad! LOL.. Nelle met him some rando night and BOOM!! I think it was an editing this--unfortunately for me because that would be a hella story. 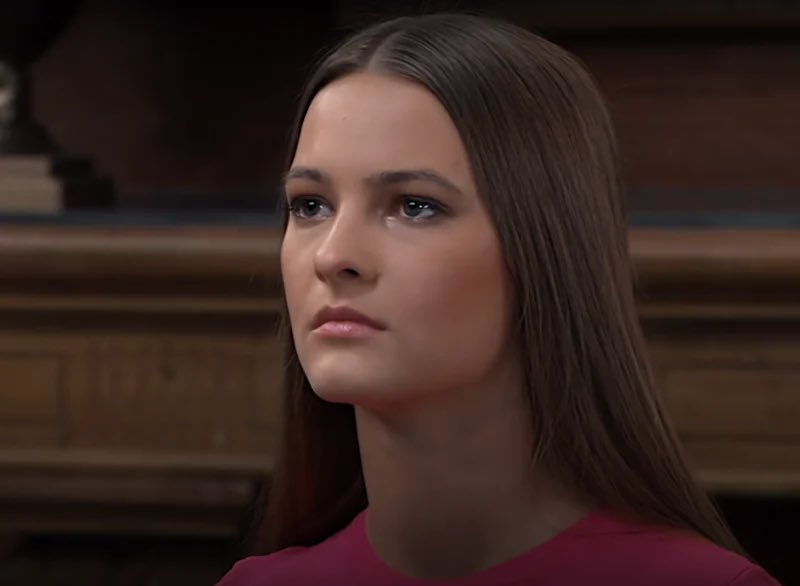 KUDOS OF THE WEEK : Avery Pohl who held her own with JL and MW...a feat that would be difficult for actors twice her age. 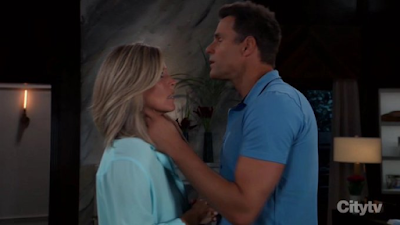 Sonny wants Carly to stop Josslyn from going to the police

Brick is wary of Dex as the New Jason

Molly and TJ talk about her being off of Trina's case

Cody wants to see Britt again, she doesn't want to see him at all

Sasha refuses to go to therapy, Brando gets angry and she's going out with her drug girlfriend

Dante thinks he and Sam should live together; Sam isn't so sure

Ava realizes Spencer has a plan

Nikolas confesses to Ava that he slept with Esme, delicious soapy stuff ensues

Esme keeps looking at a letter in her suitcase 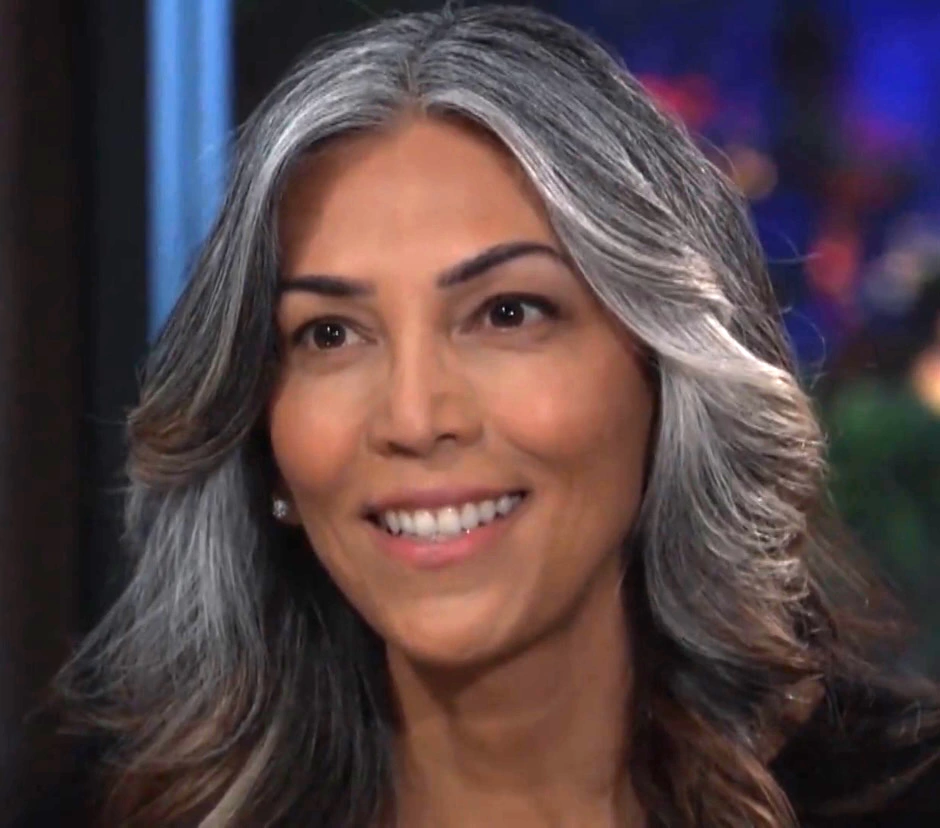 NEWS AND NOTES:  Well, "Mia" the "Executive Coach" that was seen with Drew eons ago help he and Carly with business decisions. Why is this in the news/notes section? She played by Cameron M's real life wife, Vanessa. 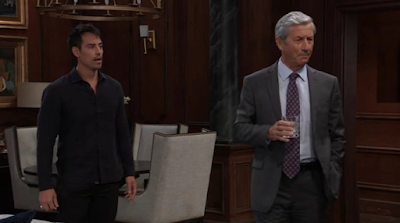 SPOILERS:  Alexis is asked to help Spencer with his admission of leaving Spa-Jail, Victor thinks Valentin might be faking it,  Cody recognizes someone in town and Portia is afraid for Trina as the jury deliberates. Oh! Kristina is back in town. Not sure for how long but..I'm hoping for more than a day. 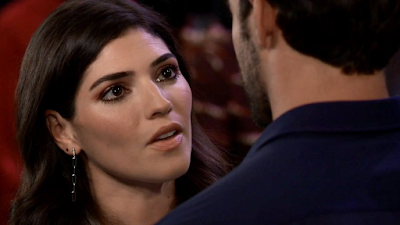 WUBS SPECULATIONS:  Austin's boss is somehow attached to the West Coast Mob. Who and when we will ever see it remains a mystery. Brook Lynn and Chase will finally sleep together in 2024. Cody's plan to woo Britt will be "wacky" and really stupid. We won't get to know anymore about the giant Cassadine Climate Control Plan for a good 5 months. When Charlotte comes back, she'll be SORA'd. (to about 16). Carly won't feel any real pain from losing The Metro Court.

AND that's a wrap. I'm sure I forgot things. Just great shows Thursday and Friday. There's wild speculation that Esme will wind up 'presumed dead' as characters so often do. If that happens she can always turn up later. I have no idea what's going to take place and I like it that way!  I'm so over the "less than" rans on this show including: Brick, Photog-Guy, Reporter-Guy, Bald-Mean-Guy, Linc and now Mia the Coach lady. Yes, it enriches the stories a bit but we have a bloated mess of a cast right now. Adding all these others in? Oy. 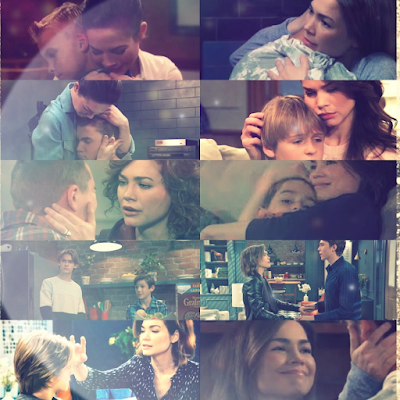 TOMORROW is Rebecca Herbst's 25 year anniversary on the show! My blog will reflect that a bit and I hope she trends on twitter. Unfortunately like most other cast members, she's not getting a stand alone show. This is very strange given her past and juicy soap details.   Use #Becky25  on twitter to trend Monday! Photo Collage thanks to @SwiftNSoaps

By kdmask - July 31, 2022
Email ThisBlogThis!Share to TwitterShare to FacebookShare to Pinterest