Monica's replacement is on today--it's only temporary so don't freak out. Carly wants to be nice to Nelle and Monica is not buying it. Later, Monica sees Carly's pills when they fall out of her purse. She's snarky about it and they fight about AJ a bit. Carly thinks she's looking past Nelle's faults to get back at her.

Jake's birthday.  Jason brings over a present for him. He's awkward around Jake. Jake gets a call from Spencer and goes upstairs. Liz tells Jason that Franco has been through a lot but she won't tell him what it was. Jake comes down and says he's lucky because Spencer has no dads and he has 3. Then he decides to open Jason's present now instead of saving it for later.  They are baseball tickets to the PC and Llandview game and Jake asks if Jason will go with him.

Griffin wants to move out of Ava's. They talk about their differences and trying to stay together. Same ol same ol.  He leaves. Lucy comes in and shows Ava the check that's blank. Ava figures out it's the invisible ink from Nelle's pen.  When Nelle comes over, Ava confronts her. Nelle says yes it was for a Carly-plot and Ava better help her. Ava says no way because Griffin will get more mad. Nelle says "Oh, you're helping, yes you are". Then she shows her the photo she took of the photo Ava took of Griffin's file.

Franco visits with a fellow Harvey survivor at Kelly's. He talks about how Jim took him in as a kid and he had trouble letting go. He worked for Jim at Niagara Electric /Gas in Buffalo.  Steve tells Franco he's not responsible for Jim hurting other kids. Franco doesn't believe it.

The Charles' Street people want to sue the pants off of the development company. They want Alexis to be their lawyer.  Mayor Ned is lamenting to Olivia about the insurance company not paying up.  Alexis says that the company is bankrupt. They decide to sue the city.

Olivia made a tourist video for "Port Charles" and it's pretty funny. She does a good job trying "not" to act--act. Fun. They go to Kelly's, GH..and the Metro.

GREAT LINE OF THE DAY: Carly tells Griffin he's Ava's boy toy that she seduced to replace her son! ahahhaa 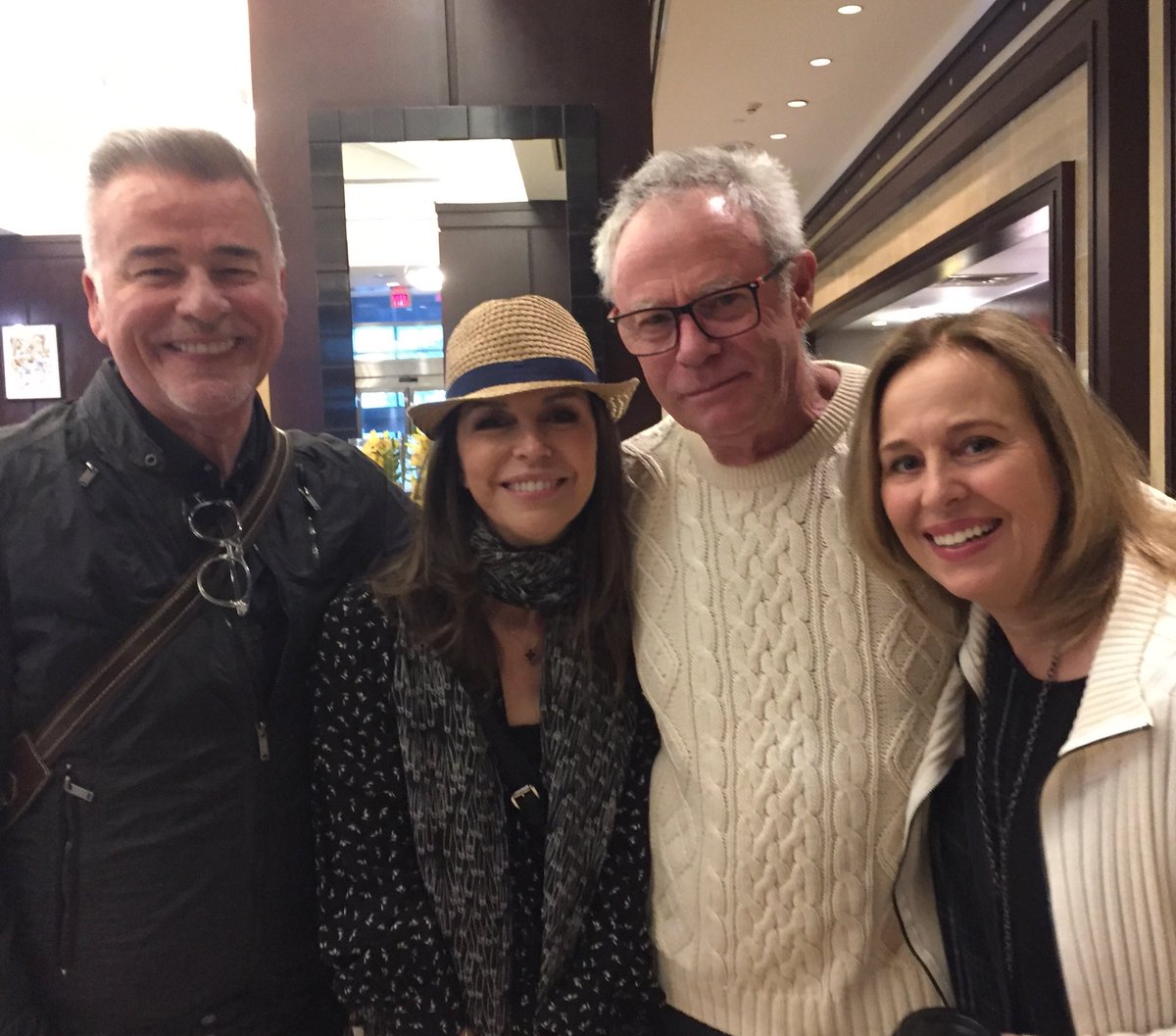 GH Fantasy Event in Boston...Genie posted this on twitter this weekend.
By kdmask - May 07, 2018
Email ThisBlogThis!Share to TwitterShare to FacebookShare to Pinterest