Sunday Surgery: Is It August Yet?

Well, it's MAY--meaning May Sweeps are on the way. I had no idea what they were even thinking of doing for them but Friday's show may have given us an inkling of the direction things are going.

Oh boy--this week. How can I explain it? Thin? I decided to do one of my scripting recaps because it was just soooooooo tedious. Even then I couldn't find a lot of photos on twitter because people just weren't interested!!

Grab-and-Go today. Have a smoothie. 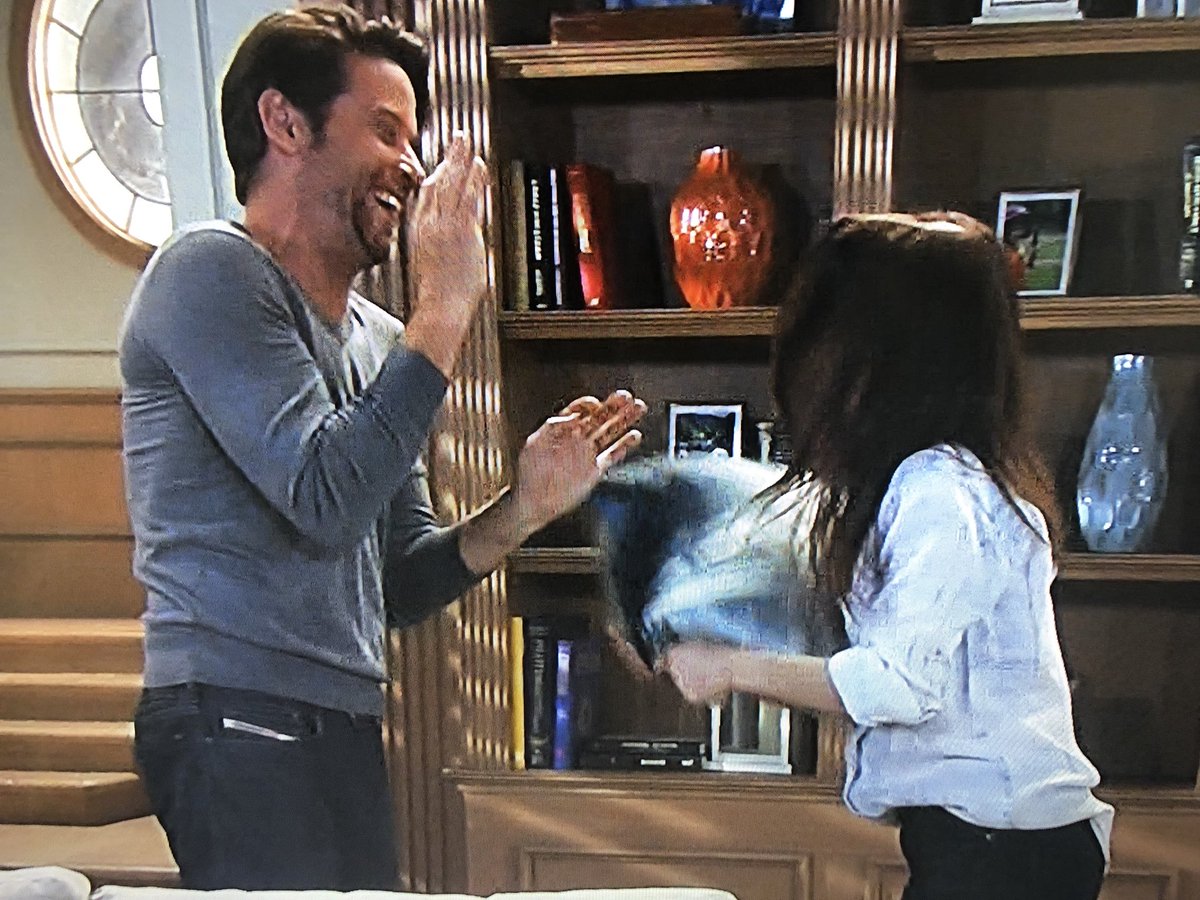 OMG...stop it, Elizabeth...giggle... stop!
We are happy now, see? This pillow fight symbolizes our freedom and joy!
Yeah, I know--and I got to cold-call all those guys that survived sex abuse...giggle
See? It's more cheerful already! Now..go get those water balloons! 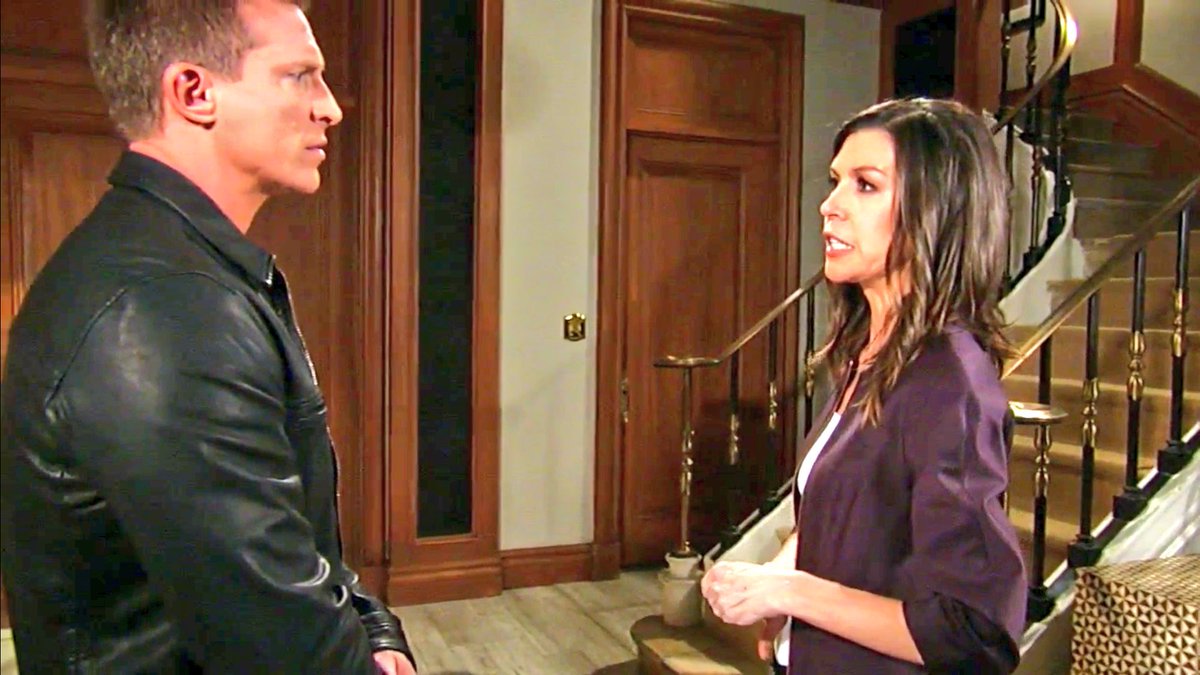 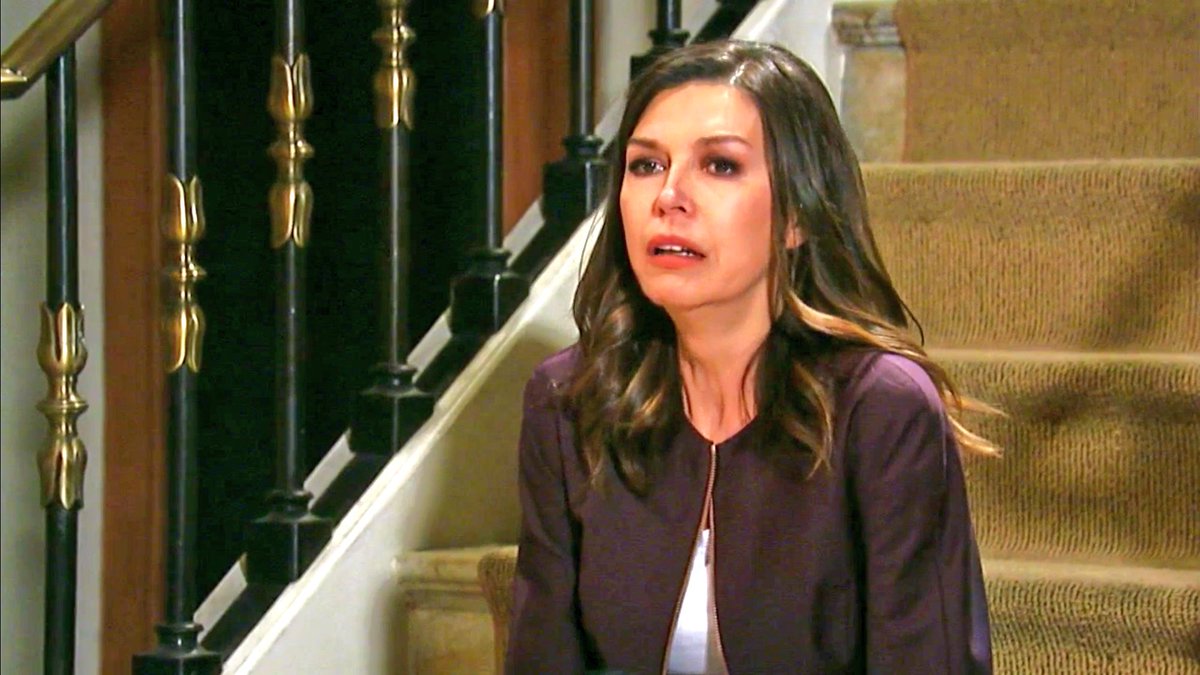 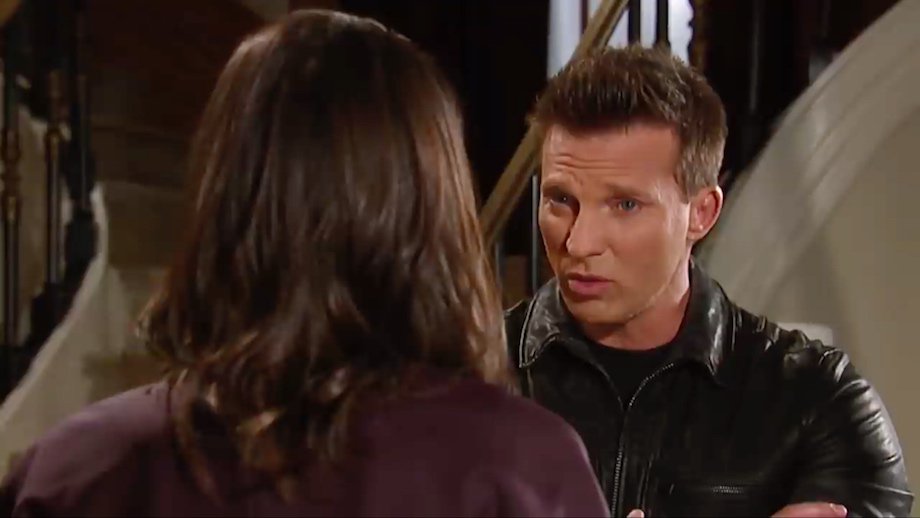 So...are you telling me you're upset? 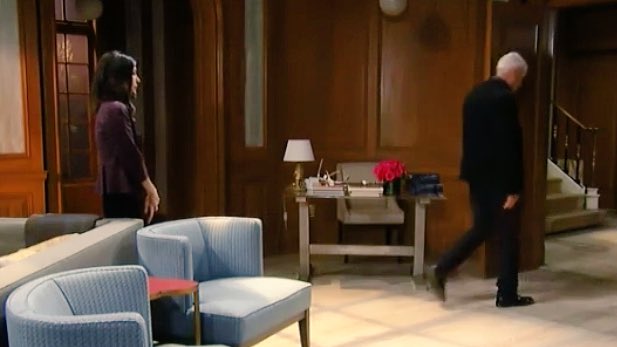 Well....Cheers then...
Yah, you too...
Are you stopping to see Mac?
Nah, no time for that, I gotta get on a plane and be drugged in about 5 minutes
Oh, well...good talking to you in this room for days...
Yes, I will always cherish our time in the Swiss hotel room as well. 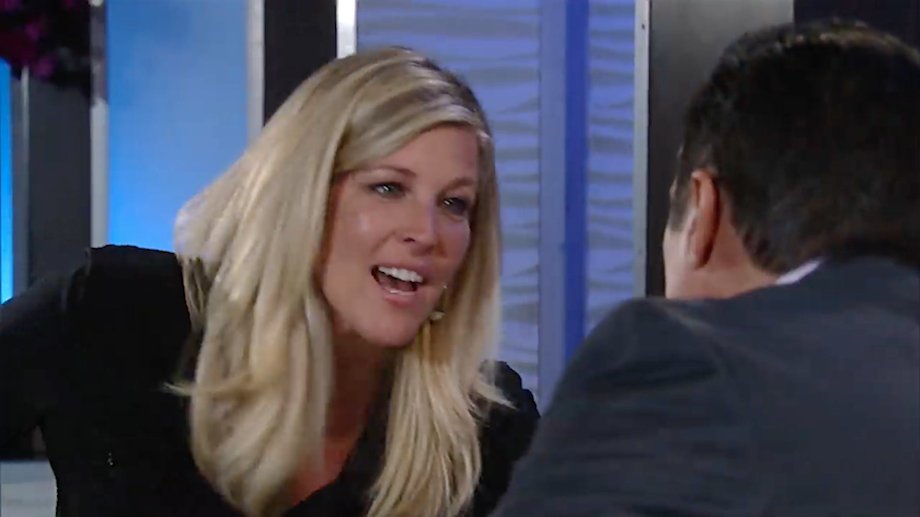 Yep, I took my medication and made sure everyone saw it.
Ok, Carly...just checking.
But I still hate Nelle, and I still saw that scarf and note...and I smelled the smell and ...
Ok, Carly...
No, seriously, I saw it. Heard it, Smelled it.  Want me to tell you again about the phone calls?
No...really, it's ok.
Well, I will. I will sit here and go over it with you again and again if you want! 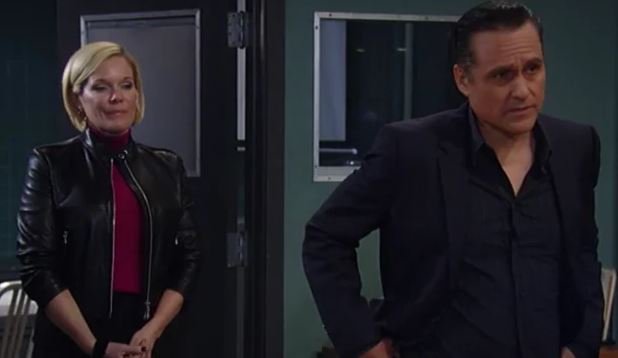 So...looks like I won then, right Sonny? I get Avery and you get Mike?
Looks that way you lyin' skank of a dead-to-me wench.
That's me! Now hand Avery over so we don't have to see her for another 5 months. 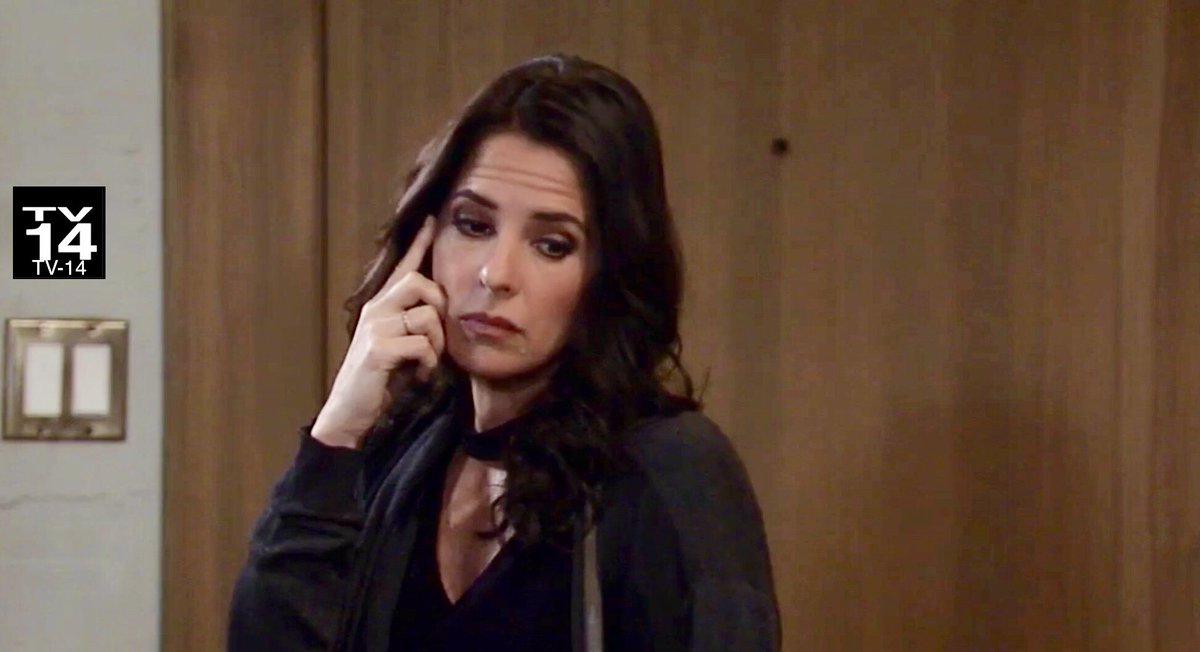 Hello? Oh, nothing. Bored. Went on my Swiss adventure and now I'm home with the boring kids. I really just want to be a PI again. Go riding on a motorcycle. *sigh* Yeah, ok...talk to you tomorrow. I'll be here. Bored. 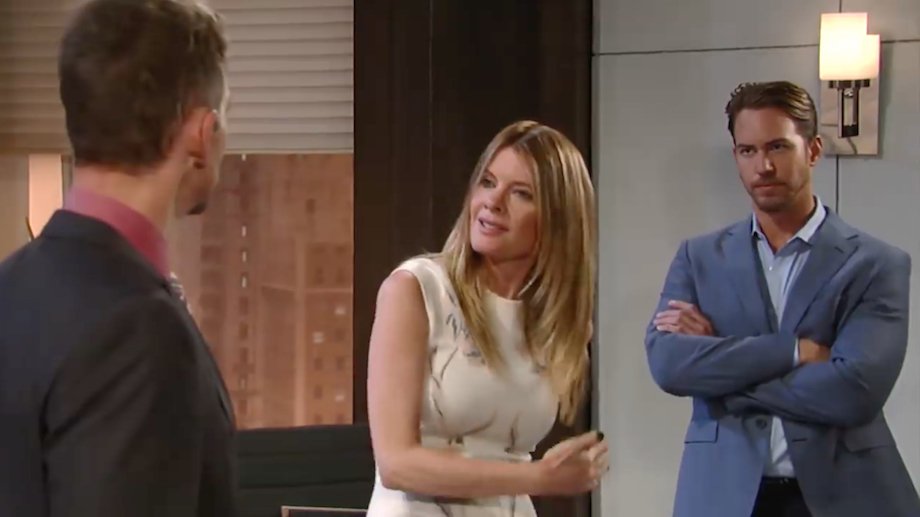 So you see, Valentin, he is suspicious because I caught him with a folder about my brother, Nathan, the father of Maxie's unborn child.
Explain yourself Man!!  The one I've never known before he came to Port Charles!
He said my mother gave it to him to make a scrapbook for Maxie and me...
Oh, wow..that's right! I did see him in Hobby Lobby the other day in the crafting aisle...See, he's not lying or anything. 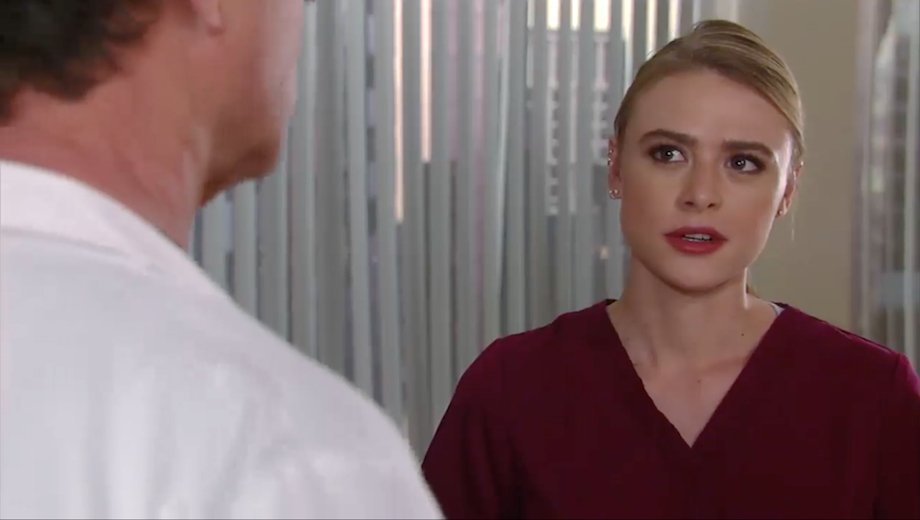 Well... are you harassing me again, Dr. Bensch?
I don't know, am I?
You seem to be but you're crafty, I can't tell.
Hey, do you think they'll notice Wubsy used a photo from 3 weeks ago of us?
No..why should they? We just repeat the same things-- while wearing scrubs. 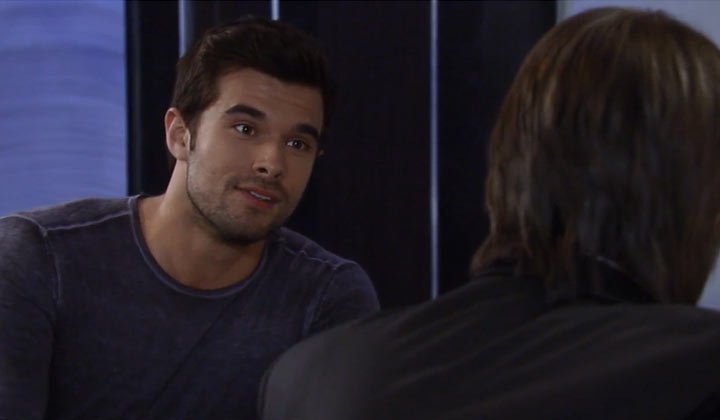 I get it, you hate me...
Yep.
Well, I don't hate you and I want to make up!
Nope.
Will you tell me, let me know something---anything?
Nope.
How am I supposed to keep this up--act like I care about this story?
Don't know, don't care. 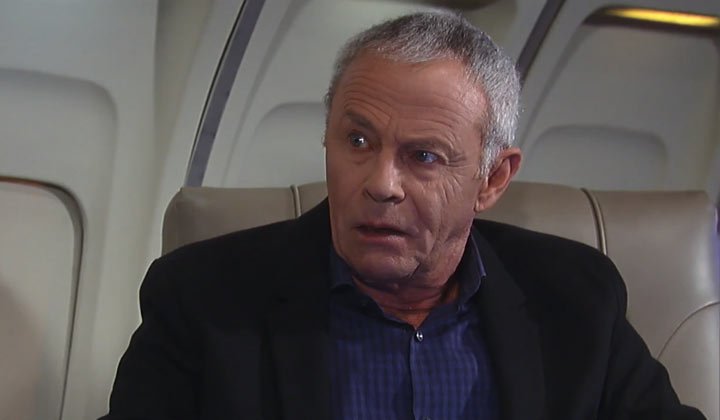 FACE OF THE WEEK:  Oh Crikey! 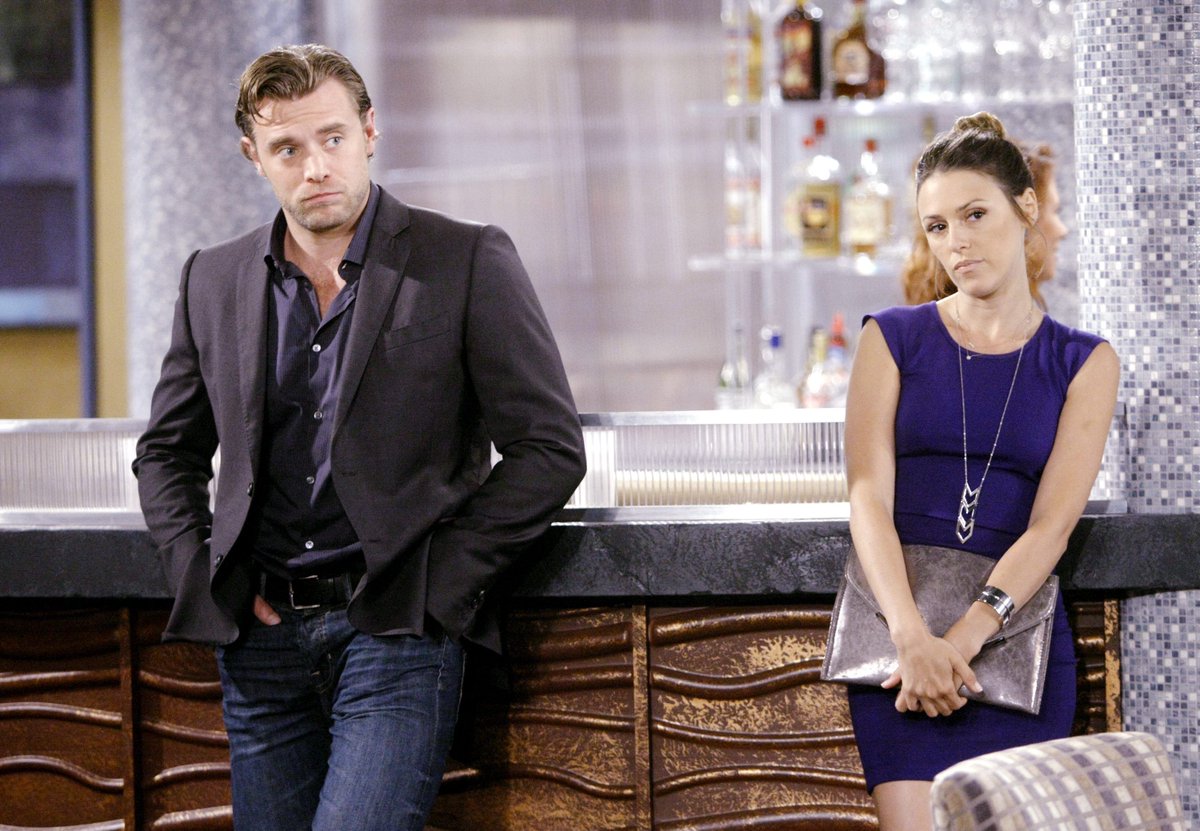 So.
yeah...
Guess you're going to be in Port Charles.
Looks that way.
Know you you're going to be yet?
Nope.
Well, that's ok, I knew who I was...until I didn't. You sure you're not HaydenRacheal Barns?
No! And why is everyone asking me that??!!!

GET THE HELL AWAY FROM MAXIE'S BELLY BUB!!

Robert knows Anna had Faison's son--  he left--and got drugged by Valentin on his plane journey. I guess Val is all villainy again?
Peter touched Maxie's belly (at her request) to feel the 'baby move' and I threw things at my TV.
Chris VanEtten (not the writer but the actor) had a cameo and talked to Maxie about Nathan and the money Henrik left for him.
Carly's prozac is making her weird-- she has headaches and is forgetting things
Sam decided to stay at Aurora so she can help Curtis investigate Peter
Ava looked in the mirror and saw her old scar-face after Griffin found out she was lying
Drew is wandering around town some more. 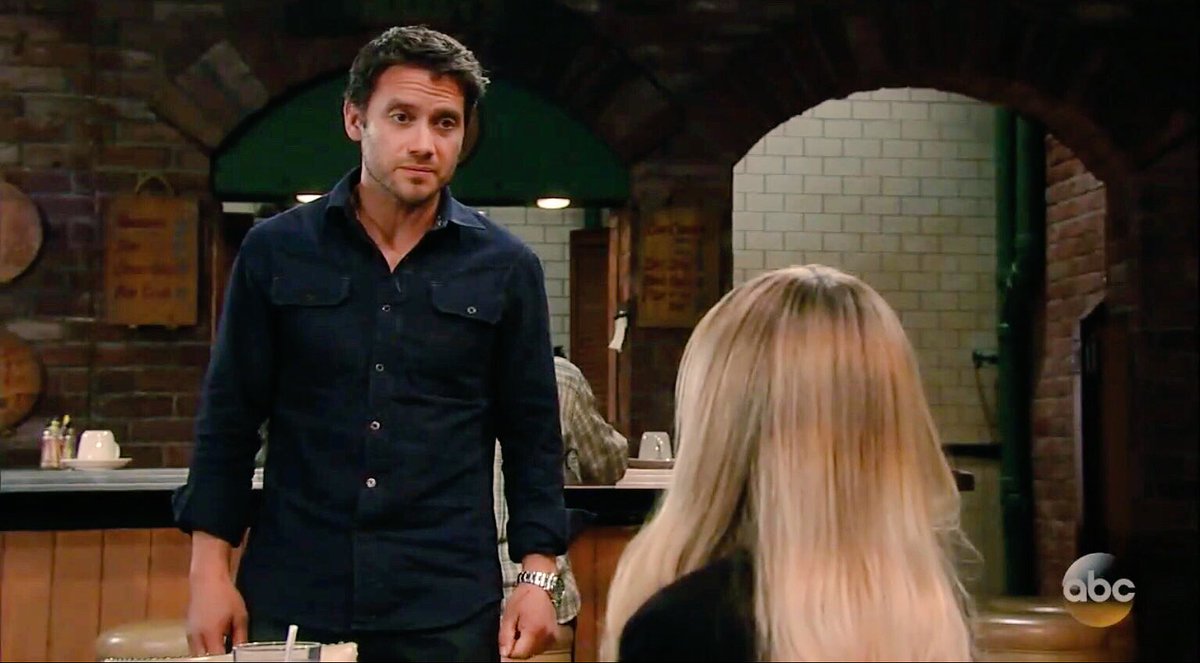 MISSED MARK:
I still say Dante should have been the one to console Maxie and look after her. He'd be thinking he was doing it on Nathan's behalf. Maxie (being Maxie) would have at first seen it as a way to get back and Lulu but eventually they spark together and have something special. I'm not saying he leaves Lulu but it would be some good angst for awhile.

Treading water this week. Again. When I watched the Kiki/Bensch scenes it just hit me that they are going to have these two in chopped up scenes  by themselves with Griffin skulking and wondering what's going on. *sigh*.  I tell you what--if I have to spend 6 months finding out why Finn hates his HALF brother Chase Ford, I'm going to gouge my eyes out.  I've also said this since the reveal MONTHS AND MONTHS AGO: Hello--get Drew's memories going!! First there was that disco ball thing, then Faison's brain thing --maybe getting his memories back and..?? Now he's wandering around having dinner with Kim and Oscar. :eyeroll:  Peter August reveal is going to be soooooooo overdue we'll be over it. (ok, we kinda are already) Maxie's going to feel all betrayed and I can't help feeling like it will be the thing that brings she and Lulu together. I can see them now trapped while she has the baby. OR Peter will deliver it and she'll be all lovey with him. (bleck)

Where is my GH of October-December? Why the hell are they hiring yet MORE new people? Didn't we just get Peter/Heiney and the New Cop in town?  I don't even know how else to tell them to get TJ and Molly on more and maybe get the nurses involved with the Bensch story. Guess I've save my breath for another blog!

By kdmask - May 06, 2018
Email ThisBlogThis!Share to TwitterShare to FacebookShare to Pinterest