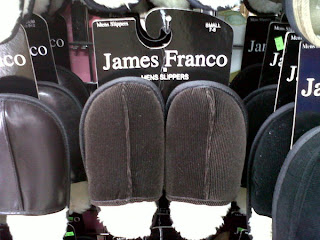 THANKS to Fan Tia for snappin' this pic of some Franco slippers at her local DOLLAR Store. (and thinking of me when she did).  HAahhahaha!

“The Franco thing has not gone away. We are anticipating having James (Franco) back to do another arc, but even before we get him back, the story is going to continue.”  --Bob Guza Jr.

He's tryin' to kill me. Honestly. LOL. Well, we know Jason gets a reminder of the artist--there will be many more "drops" and "clues" that Franco is alive and well into the next sweeps period. Just hope your Wubqueen can last them out.

Well. WHAT A WEEK, eh??! Good-ness. Some of you LOVED it, some of you HATED it, but everyone was talking about it. From the promos on MTV to CNN (yes, they were on CNN) we saw "Emmy Winner Maurice Benard and New Comer Dominck Zamprogna" clips all over. Lisa LoCiccero screaming "You shot your OWN SON"!! until I was dreamin' about it. LOL. It delivered. From Lucky's HUGE breakdown screaming match with Niz (Written by Karen Harris) we floated into another crisis with da mob (written by Michele VanJean). Good Laws-- it was all intense.
Kudos to all actors involved in this entire story. It's been forever in the making. When Sonny finally confronted Dante, you could feel the emotion. DZ was amazing. Can't wait to see when they finally talk father to son. That, by the way, doesn't let GH off the hook for doing the nasty of shooting a cop in the chest at point blank range. That wasn't lost on me...however, the world of soaps (and especially GH), it did tell a good story. Also, the budding romance of Lulu and Dante is unfolding in a wonderful, natural way. It's a sight to behold.
There's an interesting article/interview in TVGuide you should read about Sonny and the Slammer. Will he go to jail for Claudia's murder?

A lot more to get to. The Soap Cruise is going on right now and did you hear? Bradford Anderson hurt his ankle playing basketball and I think he's in a cast. (thank you Nelson Branco for that tidbit). Fans and Stars alike are tweeting about the whole she-bang. Maybe the Wubqueen will do a Wubs cruise..what do you think? Lobster will be served :) Want to be part of a birthday greeting for Lisa LoCicero?? Send an email to cm22500@gmail.com to get the details.  It's a biggie for her and Chrissy, who runs Lisa's fan page on FaceBook is gathering messages from all of us to her.

Another fun thing? There's a contest being sponsored by Maurice Benard TV is wild good. Maurice will call a fan EVERY DAY in Feb!! Could it be YOU? Dang, I'm even signing up for that!

Spoilers--there's a LOT of them, and they will all be up by noon/est today. We're going to see a revisit of the Lucky/Liz Valentine's Day in the snow eppy...with a twist. Scrubs is going to have some angst over the free-wheelin' Lisa and the fact that Patrick knew about Dante all along.The entire Corinthos extended family will have to deal with Dante. LET'S NOT FORGET: Helena is comin! Yes, there's a Liason scene where Jason will  talk with Liz about Jake.

RATINGS for Jan 18th-24th. It's intersting to note that GH seems stuck at 1.9 and AMC has finally broken the 2.1 spot. It's still the number one ABC daytime soap. Uh...anyone know WHY?! OLTL is hitting it out of the park and GH is as well. Go figure. 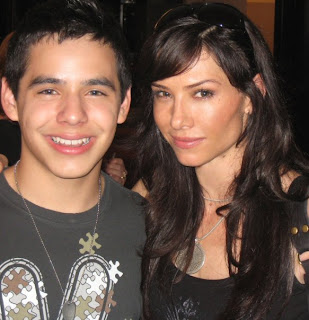 Speaking of ratings...Sarah Joy Brown's episode of Castle last Monday gave that show it's highest ratings since it's debut! DO NOT underestimate the power of a daytime fanbase. Also appearing was Senta Moses (Winnie). Here's hoping the are on more guest prime time spots! Sarah reports that she's loving her time on B&B playing "Sandy".  Rick Hearst lent her his cabin in Mammouth and she's spending the weekend snowboarding with her daughter. 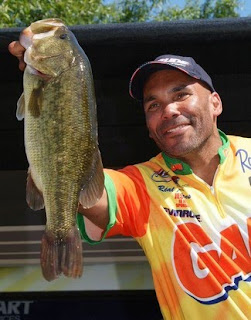 REAL ANDREWS (Taggert) is having a Birthday today! Stop by Twitter and wish him a good one: @realandrews !

Monday is The INDEPENDENT Soap Awards! We Love Soaps is hosting this event at 9pm/est. Many online soaps will be included in this show, to be aired on the site itself. Hit the link to find out more.

Thank you TO ALL Wubbers out there. I am so happy that the WubsNet broke 6,000 followers on Twitter and that so many of you take the time to comment on the blogs. It's not an easy thing to do--this website and such. Knowing there are people out there reading it all makes it worth the while. We've raised over $100 for the Outreach in Haiti. One reason this outreach center is my pick is because I know the director (from my hometown) and know they are established and do work right now for people in need. Whenever you click on an ad, a portion of it goes to this great cause. Thank you so much. See ya at 4pm/est during the week for GH blogs or on Twitter (almost all the time, let's face it, I'm addicted!!) I am @WubsNet on there..look me up!

One last note, Alberta Wubs, the GH lobster is coming home soon. She participated in the NOH8 photoshoot in LA this past Friday. Pictures will be coming this week on the blog!
By kdmask - January 31, 2010
Email ThisBlogThis!Share to TwitterShare to FacebookShare to Pinterest
Labels: albertawubs, jamesfranco, ratings, realandrews, sarahjoybrown