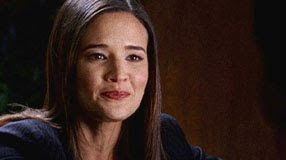 Dahlia Salem, who used to be on Another World is coming to Port Chuck to play a federal prosecutor named Christine Walsh. She's due on screen in late Feb. 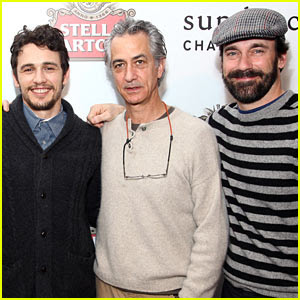 James Franco, Jon Hamm and  David Strathairn promote Howl, at Village at the Yard during the 2010 Sundance Film Festival on Friday (January 22) in Park City, Utah. HE's EVERYWHERE! Even with my fave MAD MAN!


FROM the Bizarre Box: Tyler Christopher and Dominic Zamprogna were with the hunks of Thunder From Down Under, Frank Marino and his cast of female impersonators from Divas Las Vegas at Imperial Palace for the 9th Annual Women’s Fair at South Point. More than 125 businesses and 5,000 participants were there on January 23rd. If anyone has pics from THIS please send them in!!

Finola Huges will be on CSI: NY Feb 3rd. She will play a mother who's daughter is found drained of all her blood.

MORE GHers: Sarah Brown will be on ABC's Castle Monday night at 10pm.
Hey! Even though Josslyn's christening will have bullets flying, Carly invites the Qs to come! Yippee! Looks like Lisa's going to make a move on Patrick and Johnny breaks up with Olivia. (boo)
By kdmask - January 24, 2010
Email ThisBlogThis!Share to TwitterShare to FacebookShare to Pinterest