END OF THE MONTH ALEADY! 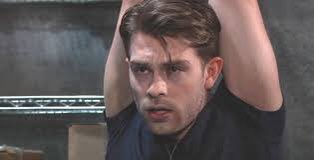 Yesterday's show:  Liked Mac scenes. Great Scorpio stuff. EVEN with Cody in them. I want Robert around though!!

Is Austin harvesting organs? or is he the hooker?  It looked like harvesting  --which would be great and I might like Austin LOL I'm so mean.

Dex on a hook.. LOL the water in the face was great.  I guess Josslyn saved him.

Portia and Jordan. Didn't do it for me. Kinda weird and I wish it was Stella that found out about Curtis.

I like Dante in detective mode. BUT Dog tags wouldn't jingle.. Why wouldn't anyone figure out that the hooker wore a covering? Plus, blood splatter is at a minimum. Anyway..

WHAT about DIANE? Nary a mention of her!! LOL

Sonny and Nina at the Metro (did he let Dex go and I missed it?).  Nina still wants to have Ava come to her place to stay.  Selina WU walks up and says she's sorry about Brando. She wonders if Sonny will come see Chase tonight at the Savoy. She also tells him about the high-stakes poker game.

Ava and Liz at the hospital. Ava wants to "clear the air". Elizabeth thinks Nikolas really does love Ava. Ava asks Liz if she's ok. Liz hedges and flashes back to the stairs.

Nikolas is big mad at Finn for telling Ava the truth.  They come to blows. Greg and Alexis break them up. Finn and Greg are going to see Chase tonight. Nikolas tells Alexis he likes her paper.

Brook sees Chase in a towel at his place and smooshes some coffee in her hand. Chase is singing tonight. They talk about taking Linc down THEN THEY KISS! wow. Then go to the bedroom but no, Brook stops him. Damn it. She clears out his kitchen to help his vocal cords. Then they go to breakast. 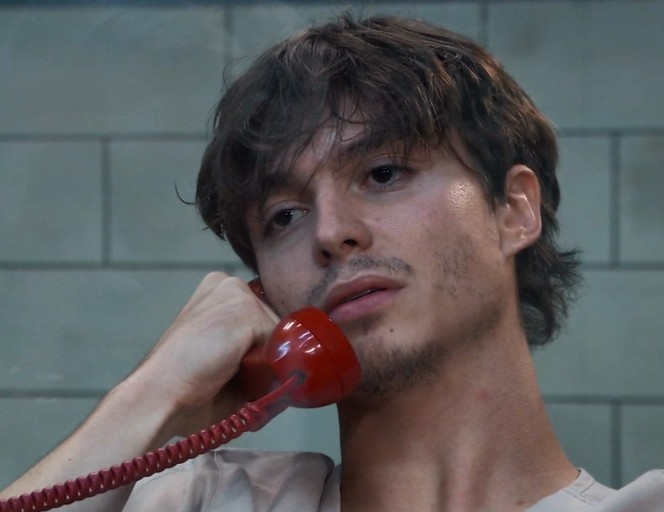 Victor visits Spencer in jail and Spencer looks HORRIBLE. He says he's not getting beat up but he's getting bullied in other ways. He asks about Ava but won't talk about Nikolas. He's angry no one has come to visit yet. (besides Victor) Victor leaves.

VAnna afterglow. Charlotte texts a photo --Val is sad. Anna says they will take on Victor together. They decide Nina could help them.

END:
Spencer is assaulted in the library of Pentonville

Liz asks Greg for help ...she wants to know about Reiko

Ava decides to stay with Nina for a bit

MONDAY: Robert is on!!

By kdmask - September 30, 2022
Email ThisBlogThis!Share to TwitterShare to FacebookShare to Pinterest