Naomi is dead--strangled. Shawn and Sam find her. Sam calls Dante. Dante comes. Finn trails along. They all figure out she was probably murdered.

Willow is student nursing with Liz. Monica wonders why she didn't take Chases' last name. Willow said she changed it back from Quartermaine and didn't want to bother. Monica gets a text to go home.

FELIX and Willow talk Nurse talk. Epiphany is in CABO! They laugh at how "green" Willow is.

Finn comes back and tells Liz that Naomi was killed.

Brook and Michael talk about deceiving people. Michael sound noble. (or tries to). Ned calls a Family meeting about Tracey. Monica arrives. He tells her to sit down.  IT seems Tracy knew Edward was going to change his will to put Jimmy lee in and she intercepted letters to him. She does think that Edward left records though. They panic. They discuss, argue and finally decide to offer Austin one lump sum to get him to leave. 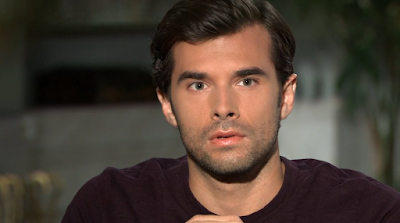 Austin is trying to talk Chase into being mean to Mildew. He tells him he should get revenge. Chase tries to defend Willow. Austin goes for him hating Micheal. Wants him to find the records that Edward kept about putting Jimmy Lee back in the will. He says the Qs are cheaters and they should work together. Chase is like How does this HELP ME? Chase ends up leaving without committing. Oh then he sees Willow, flashes back and then looks like Chase is going to help Austin.

Nik confronts Spencer about Ryan's letter. Spencer is all cocky. (Kid does that scene really well). Spencer finally blurts out that he knows it wasn't Ryan Chamberlain doing the things to Ava. But he talks himself out of it and Nikolas ends up apologizing to Spencer? HUH? Maybe he was bluffing? Oh yes, he figures out that Spencer returned that letter before they even got the cockroach.. and Spencer said he got it AFTER. Nikolas says that he's going to leave the country for awhile and Spencer will have Wyndemere to himself. I think he'll hide in the tunnels and try to catch him LOL Spencer says: PARTY To Trina. Yep, Nikolas is checking into a hotel in PC.

By kdmask - August 10, 2021
Email ThisBlogThis!Share to TwitterShare to FacebookShare to Pinterest