Sunday Surgery: Who's Your Daddy? 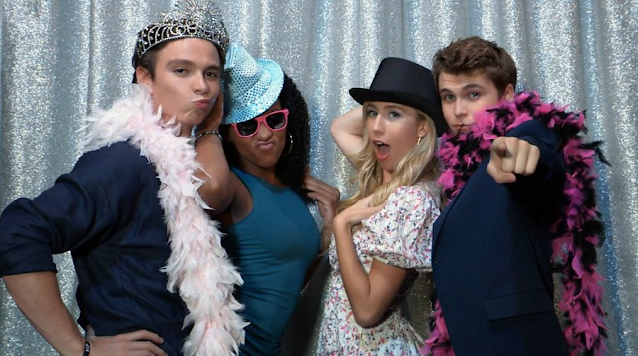 Not a bad week on the show! It was fun filled, angst ridden and even had a scary Halloween masks. The dialog has been superb lately.

This is my last SS for a week so enjoy if you can!!! 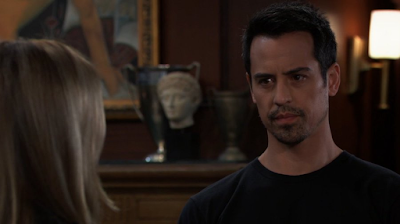 CASSADINE MOMENT OF THE WEEK: So many people hated on this and yes, it was a bit lame with the whole "Halloween Mask" thing BUT..Damn, Nikolas came into his sadistic self!! You know he enjoyed putting that knife to Spencer's neck. You know he didn't care when his mother was telling him off. Nope. He was just calm as can be. Almost smiling. That was so Stavros and Helena. Now, whether or not you think Nikolas should be any combo of those two is another matter. Me? I love a good evil Cassadine. Even Stefan could be a nasty B in his time. More please. Sorry!! (not really) 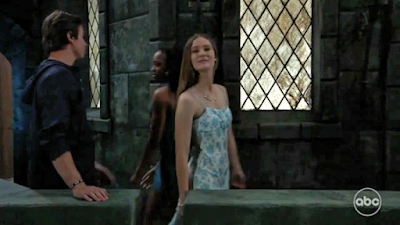 SEMI-SHOCK OF THE WEEK: Well, welcome to Esme!! Spencer's girlfriend who took it upon herself to set Ava's car on fire. Spencer is all upset but she did save your butt!! Now the casting for this chick is off, imo. A Paris Hilton type was really needed. IG influencer who has on too much designer gear. I am happy to see he's a player though and the Trina romance will have to be on a slow-burn. 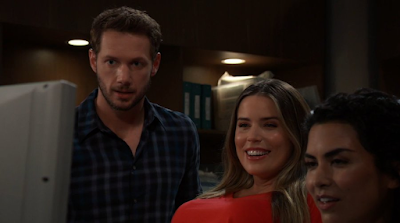 TENDER TREASURE MOMENT: For those of you that like your Hallmark soaps, you got it with Brando's unabashed delight at seeing his baby on an ultrasound. Giant baby to have been conceived in April but hey, who's counting? 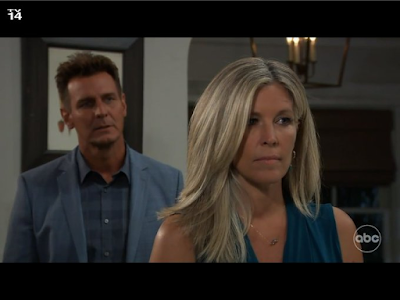 MOBULAR MOMENT OF THE WEEK: Oh Jax!! You tried it on Carly by putting your phone upside down on the counter instead of say... wearing a wire. You could have learned a thing or two from Brenda!! Anyway, while Jax is busy trying to save Josslyn, Carly's justifying her mobular lifestyle by saying it's 'protecting' everyone. I was so happy when Jax brought up Morgan. She sent him to live with Jax, put him in a boarding school to keep him away. He comes back to PC and gets blown up. LOL-- yeah, he DOES have a point!! I just wish Jax would take off on the next jumbo jet to Australia. That's my take. 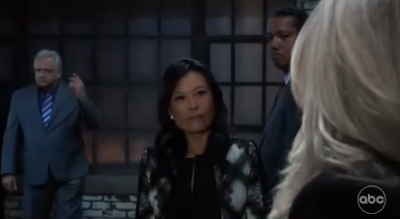 MOBULAR MOMENT OF THE WEEK TWO:  Five Families. All I want to say about this is that Ms. Wu seems to be the only person to stand up to St. Jaysus. She even got him to set a wedding date! Please be Brad's grandma or Aunty! 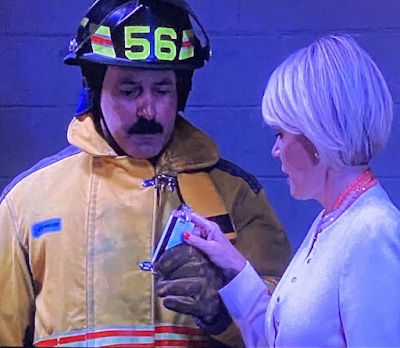 FLAMES OF THE WEEK:  Ava! Your Car!! Actually the biggest thing to happen was that Kiki's ID ended up there. If Spencer didn't know about the fire, how did Esme get the ID? Oh, I'm hearing shades of Ryan coming!! You know he got to Esme somehow!! 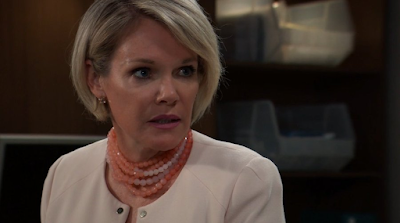 FRIENDS OF THE WEEK: Aw, it's Portia and Ava. They had a great talk and really bonded. Good to see these kinds of scenes. Maura of course killed it in the drama about Kiki department. 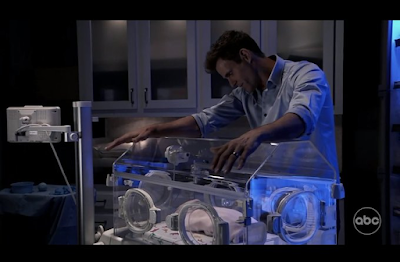 NOT DEAD OF THE WEEK:  Oh, it's Drew. No one is shocked. Not even Sam...who played that phone call so non-chalant that it was painful to watch. PAINFUL. Come on, show a little life. PLEASE. Drew is in some prison somewhere with Cam Mathison's face.  They made a false Scout flashback with him. That's all you need to know.

SCENE OF THE WEEK:  LOVED all the girls out for a drink at Savoy!! Their conversation was really true to life and they sure dragged Britt. Seeing Epiphany again is always a treat. Nice surprise to have them all together--even Bobbie!!  Pic thx to @BuyingAir 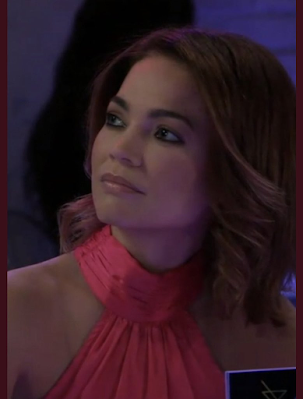 LOOK OF THE WEEK: Oh, Liz was just stunning at the Nurses table!! photo thx to

Jarly set the date: Sept 17th. Get your gowns on!

Laura lays into Nikolas for terrorizing Spencer and being a Cassadine

Jax tries and fails to record Carly incriminating herself

Spencer is angry with father at trying to "kill" him 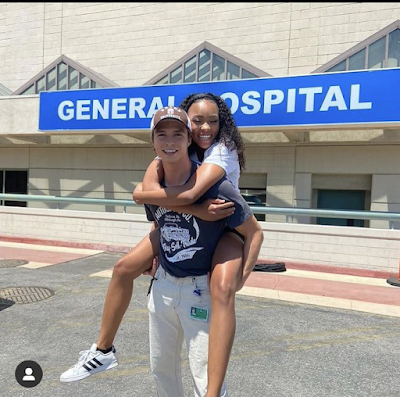 SPOILERS:  So, Obrect goes missing, Joss cooks for her dad, Carly asks Brando for help and Finn and Elizabeth go camping together. Prediction: She gets sauce from Trina, Jax eats it and has a flashback to seeing Sonny in Nixon Falls? hmmmmm.. ? 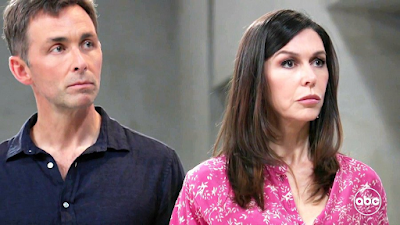 That's a wrap! I'm off all next week...going to the land of Lobsters! Hope Henri stays south of us!!  Dave will take over as usual and we've cooked up some fun posts for you. Here's hoping nothing MAJOR happens next week??

By kdmask - August 21, 2021
Email ThisBlogThis!Share to TwitterShare to FacebookShare to Pinterest