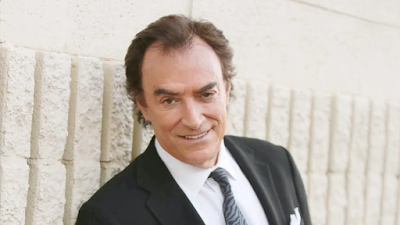 Victor Cassadine
So, that's Thaao Penghis .. the Victor Cassadine I remember. When Spencer mentioned him to Liesel bells went off all over twitter that Mr. Sheffield will be playing HIM. I was convinced that he was going to play Holly's cousin (because that's who he played decades ago). But.. the more I think about it the more it makes sense. He ran the lab WSB in 2014 and had Liesel installed as COS at GH. He was the one that had "Jason" on ice in the cryogenic lab. (Who turned out to be Drew Cain... keep up, will ya?) 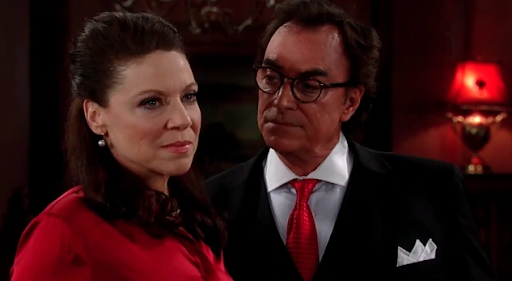 A bunch of stuff happens...yada yada... and in the end, it's Lesil that shoots him and he's "dead" before he could set the bomb off at the clinic. BUT I DON'T THINK HE WAS DEAD -DEAD. So, let's see. Victor is behind the whole mind-altering project. I bet he killed Naomi (Look at the suit the guy was wearing; black with white shirt). On top of that bet boots he has Drew locked up, did something with Hayden and soon will take Liesel. Oh, and guess what... PETER AUGUST. I'm just sayin' it. Pray for my sanity everyone.

Thaao is on Days and now on that Salem spin-off show for Peacock. Ergo, not available for GH. A shame because he started he character in '81. I guess we'll see how Charles Shaughnessy does in the iconic role if this rumor is true. (and I think it's right on the money).

Get all the skivvy on Victor on The GH Wiki .  It was seven years ago so you may need a refresher course.

By kdmask - August 12, 2021
Email ThisBlogThis!Share to TwitterShare to FacebookShare to Pinterest