Sunday Surgery: Under a Microscope

Oh it was a week that was in and out for me, mostly watching on Hulu. My Dad is doing great and modern surgery on carpal tunnel is amazing. So if you need it, DO IT! The hospital was SO much not like the hospital at GH it was funny. They just don't build them that way anymore. (see how I segway'd into that??)

The show was pretty good for the most part. Again, I do think Hulu helps when watching. When I'm live, the commercials are so many and so intrusive, I get antsy. Friday was a goodie and ending on an up note makes me happy!!

This will be very short and sweet. Just like me! Since I watched on the fly, you'll get a capsule of what I feel were the high-low lights. 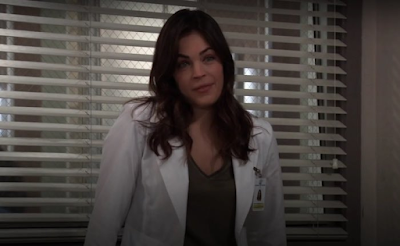 CHARACTER OF THE WEEK:  Got to give it up for Britt. Not only is she slowly getting into Jason's radar and maybe heart... she's battling a hugely deadly disease AND trying to save PC from Cyrus. Her reaction to her mother's romance with Scotty was so worth the watch. Kelly brings her to life for sure. And let's face it, good choice for COS because she's part bitchy and part charming. Just the way ol' Monica used to be! 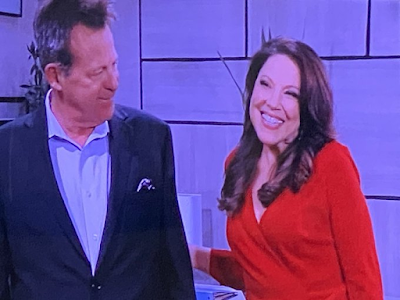 COUPLE OF THE WEEK:  HELLO! Just what this show needed! Holy hell! They are fantastic. Even Crabby-Kin is having fun. I SO WISH "Franco" was around to see this. He'd be giddy.  As Lesil would say: ZAY are ADORBS! I'm calling them "Lotty" ....easy to say, and fun like they are! 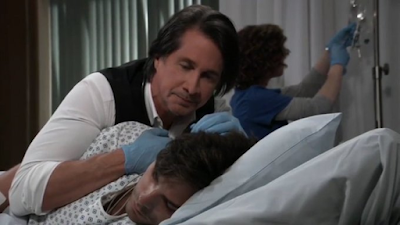 HERO OF THE WEEK: Finn hopefully saves his brother- son after toiling over his microscope for days. He's still pissed with Anna and it seems like he's gravitating toward Elizabeth, don't it? And again, WHERE IS JACKIE? Very noticable absence. 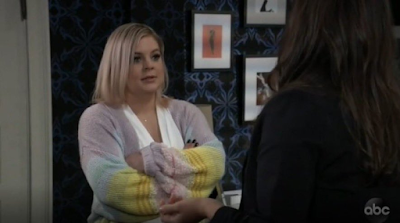 PLAN OF THE WEEK: After listening to Olivia, Brook Lynn figures out Maxie wants to have her baby "disappear" . How perfect for her. First Tracey won't help, then Larry Ashton seems to be having dementia and can't do anything either.  Both actresses are awesome and should do really well with this material. It's one of the stories I'm looking forward to. The only problem? In order to move forward, Peter has to be ALIVE. I mean, if he's dead, there's no story here, correct?? How will they keep this going? I think we have a long Peter-filled Summer ahead. (that sounds naughty).  BTW, Maxie also faked a pregnancy during the Lucky years so...don't act all shocked, bish! LOL 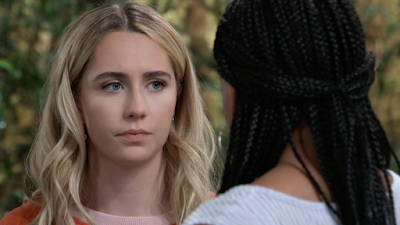 BREAKDOWN OF THE WEEK:  STUCK IN THE WOODS! I thought they'd get found out or be out there all week but nope. CUTE CAR GUY came out and got them. Trina pretending to be "Dr. Robinson" was so cute. Gave her a chance to tell Joss about Dev and the journal. But...let's face it. These teens are Disney teens through and through. Good Lord. Not even vaping at this point. Nothing!! 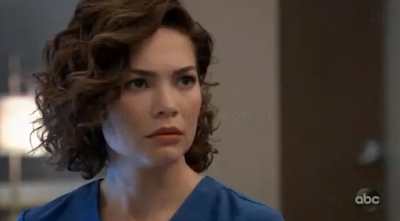 LIZ FACTOR OF THE WEEK:   I'm going to lace two stories together with this character. First, she sees Anna and Finn. Finn bans her from the room to protect her from Peter. Liz is puzzled but plays along. THEN she's smart enough to notice all the newbies on the floor that are around just when Jason is out of Pentonville. What happens? Britt figures out Liz is too smart and banishes her for the day. She also suggests Liz is still in mourning and needs some time off. So, she basically should know about both Peter killing Franco but also about Jason's escape. For someone that has been a proven ally she's all of a sudden a risk? Very strange way to approach all this. But, I do love Becky's hair lately. :smile: 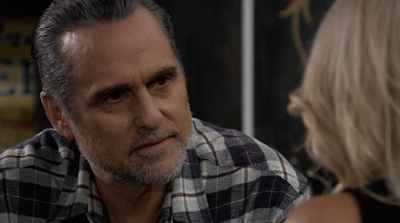 THAT OTHER SHOW OF THE WEEK: Oh, Nixon Falls. You are still around, aren't you? Of course, Jax didn't see Sonny and our only hope is Trina. You know and I know that Nina will stop that. Damn it.  This is what I want to happen:

Trina: Uncle Eli? What the heck are you doing here? It's been forever! You're in Pennsylvania now?? I can't believe it!

Trina: Good. We moved to Port Charles awhile ago and she's working at the hospital there...

Elijah: And my brother? Have you seen him lately? Gia and I got together last month and both said we hadn't heard from him in forever.

See, He's Tagg's brother. Why not? OR Make Phyllis and Lenny a relation to someone in PC. I'm not adverse to keeping them at ALL. Then we can move OUT OF NIXON FALLS. Let Sonny's memory stay gone. I'd much rather see him operate as "regular Mike" in PC! All you need to know about this story is that Sonny is on to Eli's land-grab and Nina is thinking that she really likes the town and lifestyle. 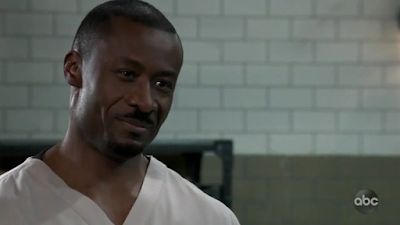 RECONNECT OF THE WEEK: OMG...Shawn and Alexis, the couple I didn't know I wanted to see again!! They were hot and heavy at one point. Even traded "I love you's". Now they are in Co-Ed Prison together!! I'm here for it. Gives Alexis something to do while she's stacking books. Maybe she'll work on getting him released? 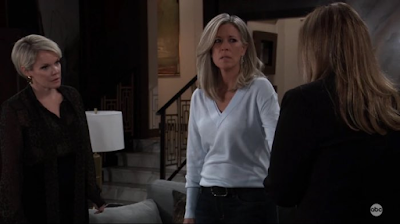 SCENES OF THE WEEK:  I'd call this "trio" of the week but it was so good, I'm going to give it everything. I loved these 3 together. Cyrus did us all a favor threatening Avery. Ava even called her "ours" to Carly!! Laura's going to help!!  Yeah!! Carly was tolerable. Just love these ladies together plotting and NO MEN! They don't need them LOL 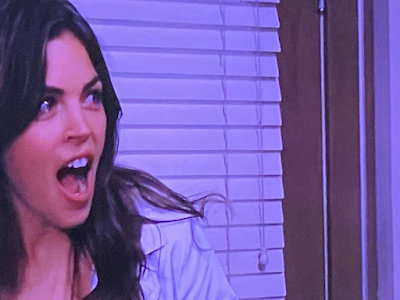 FACE OF THE WEEK: Britt finds out about Scott and Lesil!! 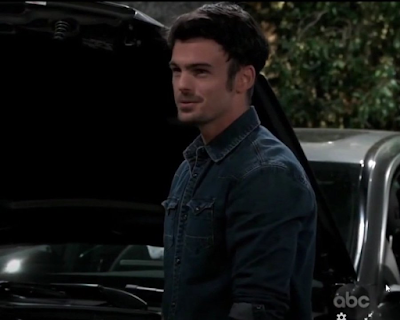 WHO'S THAT OF THE WEEK?  Auto-man caused a stir on Twitter. Maybe he can work for Brando?

MENTIONS OF THE WEEK: Cyrus was in ROCHESTER and Joss' tournament was in SYRACUSE. You know I love that. 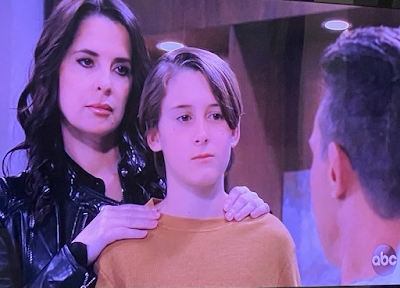 Danny goes to visit Jason. Great casting. He looks like he could be JaSam's kid!

Finn gets the antidote...gives it to Chase

Maxie and Brook Lynn hatch their own baby plans

Cam is angry with Jason, yells...Jason kinda laughs and he leaves

Liz is sent home; might have to be out on "leave" to "protect " her

Britt gets closer to Jason; He's getting ready to escape

Cyrus has a spy on Britt

Laura, Ava and Carly decide to work together against Cy...plan a dinner at Wyndemere

Jax gets released from the hospital; Joss comes to pick them up 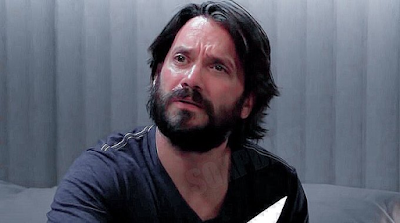 SCOOPS:   Britt is in deep trouble, Ava gets her dinner ready, Trina talks to Cam about racism and Dante makes a decision about the PCPC.   Get them all on Diagnosis Daytime 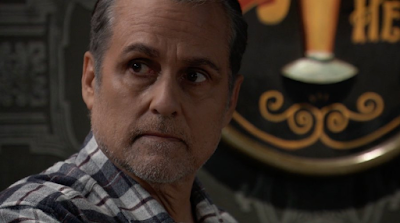 WUBS THOUGHTS OF THE WEEK:  I guess this turned out to be LONG!! Like I said. Overall, enjoyable GH Episodes. The dialog has been good and the actors, well, give them a bonus. Loving the character movement and interactions. Love the hospital being used so much. I'm dying to know who Cam Matherson is going to be and of course--Roger. I'm thinking one HAS to be a Webber. My money is on Cameron being Steven Lars. It would fit. Although if Becky came back, Hayden and he are siblings so?? Hmmm... intriguing. I don't think Roger will be a Webber. I'm hoping for a Cassadine. :fingers crossed:

Quick Suggestions:  Spencer needs to come back and be a bad boy, Find Hayden, Let ShashO go, Summer Peter Murder Mystery, (make it Gladys just for the hell of it), Spinelli and Maxie please and get Dante back at the PCPD. Thank you.

Have a great Sunday!! I'll be around Monday, Wed and Friday. We'll have some posts up on all days thanks to Dave--my savior!

By kdmask - May 02, 2021
Email ThisBlogThis!Share to TwitterShare to FacebookShare to Pinterest

What happens next? (Thursday)

Fan Fiction. Nina leaves Nixon Falls and accidentally leaves behind a folder with some contracts and other paperwork and her business card... 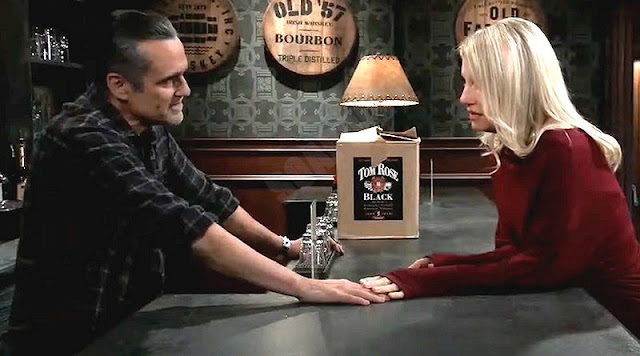