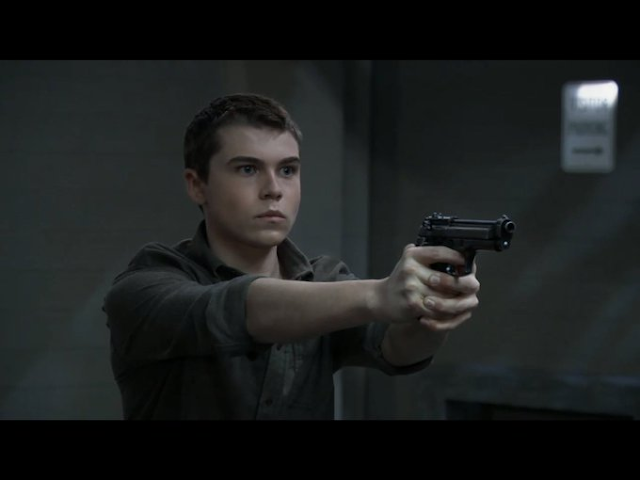 Let's DO THIS! And Happy Mother's Day... 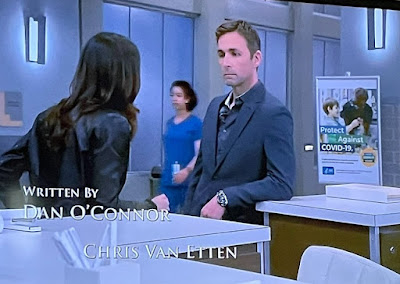 No, your eyes weren't playing tricks!! I loved this little Easter EGG! Not sure why it was there but it made me smile. I think it was a way to say: COVID-19 without "saying" COVID-19!  Photo thx to @AceOMalley89

I have no idea how I'm going to write all this up! Monday's show alone is an entire blog. Just hang in there with me and I'll do my best. 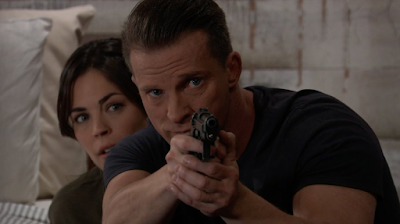 Is this how Sam usually does it? 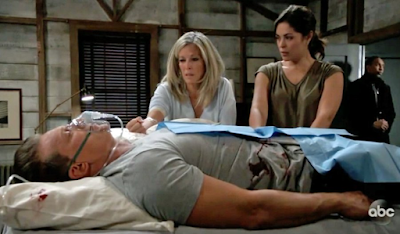 ESCAPE OF THE WEEK:  Ok, so let's lay aside the whole "Jason is a mobster" and "mobster worship" for a minute and realize that Monday's show was really well written, produced and exciting. Doesn't happen much on soaps anymore. Not like this. Anyway, all you need to know is that you should watch Monday's show if you can. Grab parts on You Tube, watch Hulu or ABC.com. The hospital was in lockdown!! Dr. O was upset! Carly and Spin watched at home!! Jason escaped but not without being wounded by....???? We don't know!  Carly donates her own blood to her man after Britt performs surgery. Yep, I enjoyed it. Surely did. 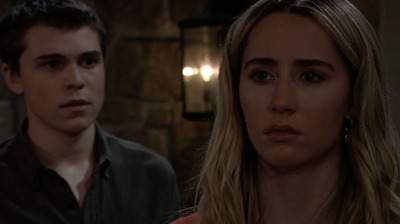 WHITE OF THE WEEK:  Come for me all you want but GLARING Cam privilege here. Kid has a gun on the police commish and... isn't body slammed after? Gets to talk to his lawyer at the crime scene??  Mom gets to fret over him? Welp. Yes, Jordan knows him... but good lord. I do hear this will be talked about with he and Trina. Sure hope so. It's a great moment to reflect for sure. BTW, Cam didn't do it but they didn't know it when he was brandishing a weapon all over. 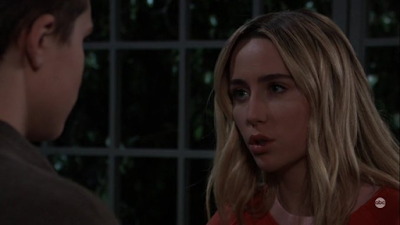 I'M MY MOTHER OF THE WEEK:  Holy hell, Joss!! Carly 2.0! Cam apologizes and you're still pissed he didn't see a known killer as a killer!! But hey, you worry about your ankle and "Coastal".  :eyeroll:  The teens need a new direction.  Cam seems to be worshiping dead Franco and Joss is worshiping a hit man. Huh? 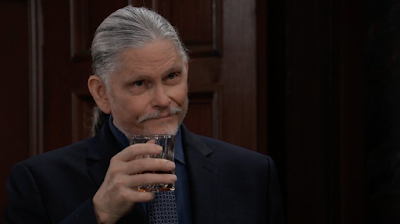 DINNER PARTY OF THE WEEK: Oh, my...another reason to watch Monday's show. Why? The Cassadine Dinner party. Laura and Ava were to keep Cy all busy but Laura couldn't take it anymore and lashed out at her 1/2 "brother".  Other notes: Ava looked Fab. Kevin was there! Genie acted her heart out in this take. Great stuff. 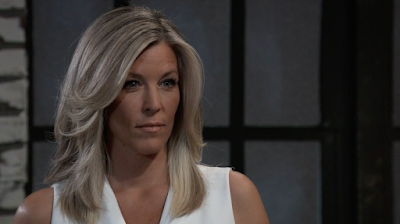 MOB-MOLL ARISES OF THE WEEK:  THIS is putting Carly to good use. YEP. Loved her strutting into that meeting. Loved Ms. Wu standing up for her. Cyrus' mouth open. Ship sunk. It's so much better that listening to her scream like a fish-wife all day. Better than whining to Jason. White Dress? On Point. Now. Let's address her kids. Is she choosing the mob over them? Absolutely. Is she going to own it? I hope so.. because this is a soap and I'm here for it. Send Donna to a convent in France, Get Avery and Ava Cassadine guards and send Joss to Australia with her Dad. You know I want to see Carly at Sonny's desk with Badger Bob behind her! 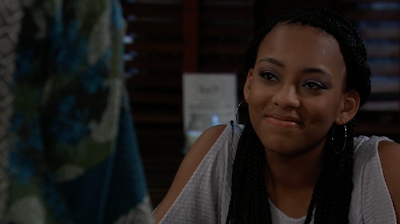 ALMOST GOT-CHA OF THE WEEK: DAMN IT! Trina was RIGHT THERE. Right---there. She even got a pasta dish  and Sonny made the sauce. Stupid Nina interruptus. I know it wasn't going to happen but I was still so hopeful it was going to happen, know what I mean ?? She did come away with some Sonny-Sauce however so not all was lost. By the way, Nina wants to stay in Nixon Falls for awhile...so..poor us. 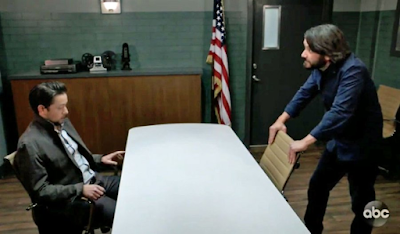 BACK AT IT OF THE WEEK: Get Dante back on the force. We need him to go to therapy for his PTSD but be stable again and functioning. He's good at it. His mom comes in and whines to the DA about him starting work again. (LOL...he's like 40, right?). Anyway loved Mac and Dante scenes and those with Spin.  Photo thx to @SheknowsSoaps 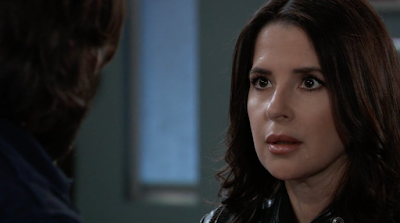 SAM FACTOR OF THE WEEK: Oh, if it wasn't glaring before, it sure is now. Britt is SO the NuSam! LOL. Sam is regulated to begging Dante at the station to help with the investigation. Oh ye who wanted your kids so far away from the fray. I'm not sure they know what to do with her at the moment. Doesn't she still own some of Aurora? 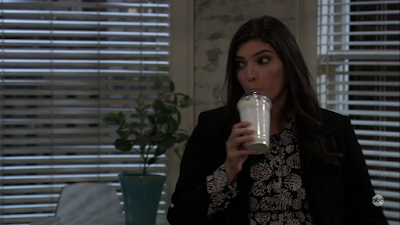 MILKSHAKE OF THE WEEK:  Oh Maxie and Brook are what I need right now. Making a dumb plan (they even lost their OBGYN!!! lol) and being frenimies.  Love the humor. Loved how Brook Lynn tossed up Maxie's hair to make it look like she was asleep. Of course PETER had to come in and ruin it all but for a minute, it was gooooooood. Just like that Butter Pecan Milkshake!!  Photo thx to @chasebrook 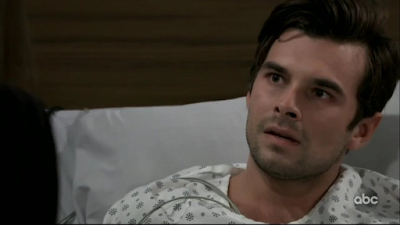 YA TOOK IT TOO FAR OF THE WEEK:  Chase's poisoning went from mildly exciting to.. boring-as-hello. I mean, wtf? He's fainting....has a fever...woozy... can't move..can move..is ok, isn't ok. Chatting up Willow (snooze fest). and STILL HE'S IN GH. WHY? I mean, it's just done. Ok? We know he's not going to die. SO just give him the stuff already. Thank you. Even if you want this as a vehicle for the Willow-Chase-Michael snore-a-ton ... get him doing something else. 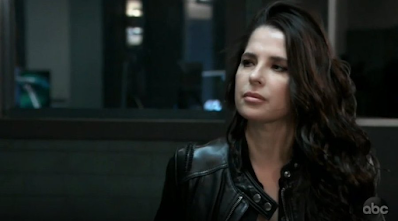 HAIR OF THE WEEK: Kelly Monaco's locks in that PCPD scene just blew me away. Not sure why. Probably because I have fine, thin blonde hair the never grew much past my shoulders. *sigh* 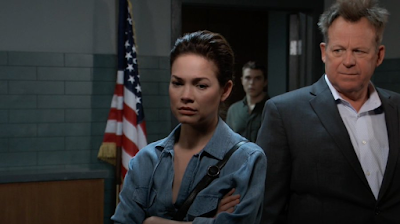 CHARACTER OF THE WEEK: Scotty!!  He's there for Liz and Cameron. With a shoulder and some law degrees! Plus... he and Dr. O are delightful.

Jason gets a transfusion from Carly

Carly decides to take over the Corinthos Family Business

Cyrus' shipment is blown up

Laura tells Cyrus off after having dinner at Wyndemere

Peter delivers a milkshake to Maxie after stalking her apartment light

Chase is still laying in bed

Willow and Michael hug out their feelings they can't act on yet.

Cam is cleared of shooting Jason ...so who shot him then?

Anna and Valentin are searching for Peter's lab

Curtis and Portia try out new drinks for his club 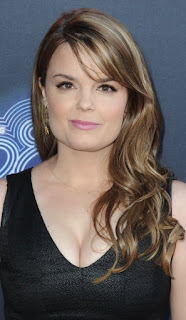 NEWS:  Kimberly J Brown is coming to GH. Maybe to play Maxie's nurse? The one that Peter is going to try to turn.  Kristen Wagner is also on her way back to play Felicia. 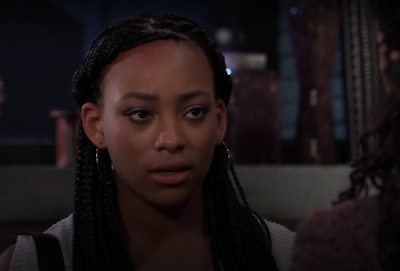 SPOILERS:  Looks like Trina will talk to Cameron about him getting off so easily.  Sam might have to help Maxie and Elijah and Nina go out on the 'town'. Nedly is back next week!  ALL the scoops on Diagnosis Daytime 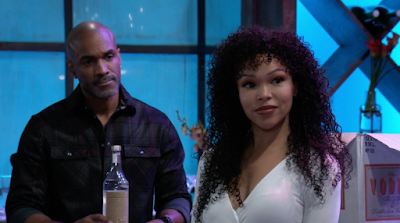 WUBS THOUGHTS and WISHES:  So, if you've made it this far, you deserve a shot of something. BOOZE that is!! You probably either loved or hated this week. I do think GH can move along and has some awesome sequences when it gets going. I also think yes, places have stalled and need to get happening. I DO however, want to race home and watch each day and try to do some live tweeting. I watched Hulu the next day if I missed. Loving: Gray Family, Ava/Laura/Nik/Kevin combo, yes, I liked the exciting escape stuff. Liked Carly in moll-mod. Enjoying Cyrus, Scotty, Lesil and Britt. Do I want Britt and Jason to be a couple? Hmmm.. I like them like they are right now. Sam needs to take a short walk off a long pier. Jax can go to Australia. I've said it 900 times but Sonny can come home. Not digging the 'triangle".... You know I think Brando and Sasha are snoozers. Teens need to spice it up. Brook and Maxie: Chef's kiss but unfortunately it hooks them to Peter. Val and Anna... coming along nicely.  Coming up: Sean's memorial (May 21s ish) and the Return of Roger.

By kdmask - May 09, 2021
Email ThisBlogThis!Share to TwitterShare to FacebookShare to Pinterest