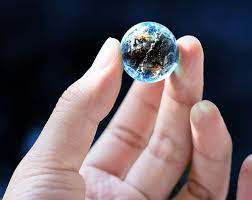 Let's leave the world behind for an hour, ok? I just can't even LOOK anymore!! The sun is gorgeous and we are supposed to have a fabulous week!

OMG! Valentin says he's moving into the Q's and asks about the BIDET situation!! AHAHAHHAAHHAAHA. Monica thinks it's a good idea! LOL! Thank you!! I can't wait.  She says tho, it's up to Brook... Then she says that the nursery is bare. Valentin is are you sure  you're pregnant?? Brook Lynn agrees.

Anna calls Tiffany to see if he has something she needs. She sees Liz talking to Finn in his office. She goes in, Liz leaves. She says Sean might know someone that could have made the toxin for Peter.

Dr. tells Maxie she can be induced. She's like NO! Peter's like NO! They want to wait. Both have plans. Peter leaves. Anna comes in to talk to Maxie. She says Maxie she'll get her out of PC to have her baby and take care of Peter herself. Maxie says it won't work. Says no. Anna gets a call from Tiffany and says "oh no..no" and cries. Tells Maxie her godfather is dead. They hug and cry.

Carly arrives at The Metro with Goons in tow. Cyrus sees her being all boss-like. Gladys walks up to annoy her. Then Carly talks to Sasha in the bathroom... she tells her she's carrying Brando's baby. In the other room, Cyrus tells Brando that Sasha is pregnant. God that took forever.

Carly tells Sasha to lie about the baby daddy. She thinks Cyrus will kill Brando since Cy still has a thing for her.

Nina and Sonny look at Eli's papers. Eli figures out that Nina printed things out from his computer. Nina and Sonny are driving to Corinth to find out what Eli is up to. She makes him leave the gun.

By kdmask - May 17, 2021
Email ThisBlogThis!Share to TwitterShare to FacebookShare to Pinterest