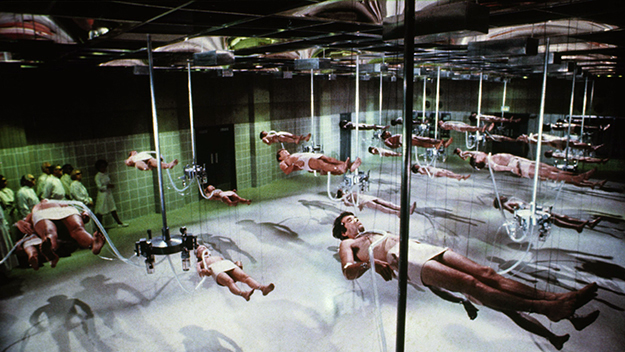 If you're of a certain age, you'll get this reference!!!

Jordan and Curtis going to Mexico City. I don't even know what it's about..that postcard I found I guess. They get there. Curtis goes into the medical plant and Jordan steals some files from the computer while he's distracting people.

Lulu is being watched by Laura and Tracy who are drinking Kelly's coffee. There's  nice baby Lulu and Laura flashback. Luke is off on one of his "adventures" . Portia tells everyone the team is there to take Lulu to the long-term facility.

Cyrus wants to know how Lulu is..he's pretty upset about this. Hmmmmm.

Sonny and Jason ..."Julian has pushed TOO FAR"! lol Jason thinks Julian could be useful to them to tell them Cyrus planted the bomb. Sonny wants the information, then to kill him. They go off to Wyndemere.

Charlotte is going to visit Lulu but she's nervous. Nina steps out of the elevator and say she'll go with her. Val is greatful. Nina and Char go to visit Lulu. Tad Martin comes up to Valentin.

AVA AND JULIAN are the ones to watch today. Wow..Maura kills it. She rails Julian. Holds a gun on him. WATCH IT!!!! She basically says he's a scum, has to die because Cyrus will keep following him and his family. He asks if she's choosing Nikolas over her. She says yes because "she loves him" AWWW. Anyway, she takes him out to the parapet in the storm 'easier clean up'... They talk, he says 'last words" then...SONNY and Jason burst out there right when she's going to shoot and yell. Julian jumps.

Maxie finds out that Lulu's being transfered AND the whole Sasha thing. Wow..she's reeling. Laura sees Cyrus. Hauls off and smacks him..she's shaking. Good scene. "Nothing will stop me from wiping you off the face of this earth"..ooooooo, good stuff.

EVERYONE SAYS GOODBYE TO LULU. Maxie tells her she's sending skin products over to help.  Charlotte is going to miss her (she's grown up!!) Val tell her he sees that Charlotte needs her and he's sorry! what? WOW..Tracy does a good goodbye too. Nikolas is in there.

Dante's is heartbreaking of course. Dom cries so well. 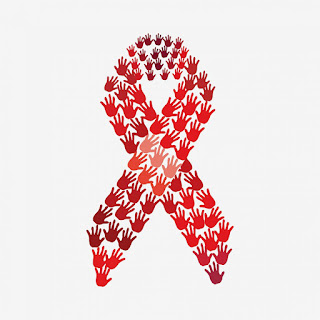 Today is World AIDS Day. Remember Robin and Stone.
By kdmask - December 01, 2020
Email ThisBlogThis!Share to TwitterShare to FacebookShare to Pinterest