It's FRIDAY! I sure hope it's sunnier where you are than where I AM..ugh. GLOOM day after day. It will be gray all the way into May lol BUT I'm getting my fave PIZZA tonight so I am so happy. 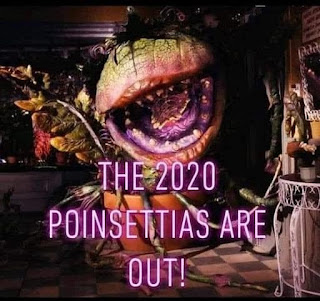 Trina tells Joss about her Dad maybe being alive. She's really excited and tells Joss that Cyrus told her about this. Joss is like: UM, CYRUS? You kidding me?

Willow and Michael at the Qs. They don't regret the sex but the Willow thinks that the information that Sasha and Chase didn't cheat is important. They go on to talk and talk and talk about their relationship...AGAIN.

Chase and Britt at GH. He wants the substance results that may have come in from Sasha's tests.

Nina visits Sasha. She says she cares for her, wants her to do better. The Chase comes in. She wants to know if he's there as a cop or a friend. He says a friend. Her coke was laced with speed. Also he told her that he told Willow they didn't really sleep together. She's mad.  Chase tells her also that Willow and Michael slept together.

Carly interrupts Jason and Sonny to tell them "you've got trouble" with Taggert. "he's bullheaded". Sonny says, yeah yeah but guess what? I found out Julian knew that Brad had Michael's kid for months! Carly is SHOCKED!! SHOCKED I TELL YOU! They tell her all about Julian and she figures out that's what Nelle had over him and that's why he married her. Carly tells them Nelle was Nina's daughter and Jax knows too.

Ava tells Nikolas she almost killed Julian. BUT! She only tells him about the Wiley baby thing NOT about planting the bomb. Oh then she does tell him at the end.  He's angry she even had him in the house.

Jax and Nina are at the Coffee Corner and she tells him about Sasha. He wonders if she forgave Sasha , did she also forgive Valentin?

Britt lays into Lucas about giving up on Brad. He says Brad was a jerk. She says Lucas is a jerk. lol She didn't tell him that Julian knew and Brad took the whole rap so that Lucas wouldn't lose Julian too.

By kdmask - December 04, 2020
Email ThisBlogThis!Share to TwitterShare to FacebookShare to Pinterest