Brooklyn:  Sonny and Jason talk to Brick about finding Julian

Julian is at the bus station, bleeding with a ticket to Canada. AND: 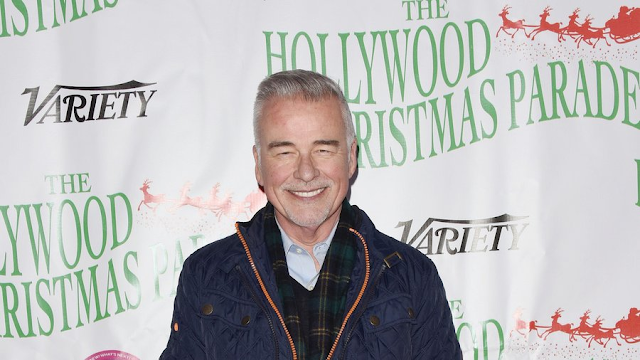 HOLY SHIT. OK, HOLD UP. WOW...DUKE Is there next to Jules???????? WTF. WHAT. I had NO Idea Ian was filming!! I love it.. THEN Kate/Connie shows up! Megan Ward is there to taunt Julian too!! She has on her bloody dress!! Then Alexis shows up (in his mind) and talks about him trying to stab her.

GH: Nikolas goes in to look at Ryan. Britt asks him what he's doing. They talk about Ryan and how bad he is. She thinks Nikolas is going to try to kill him. He laughs.

Portia is looking for Trina... she blames Ava? Hmmm....She thought Ava was at the Gallery all this time skipping school. Ava says Trina hasn't been to the gallery since the explosion.

In the park, Jordan finds Trina who thinks she 'Felt' Taggert (he's in the bushes). Trina is angry people think he's a dirty cop and she's going to prove his innocence. Trina goes to see her mom at GH ..she is taking a "ride share" um..is that a good idea?? oh she does make it to GH ok. Whew.

Carly tells Cyrus to stay away from Joss and her friends.  Grumble grumble. Cyrus orders someone to shoot Taggert.

At the facility where Laura went, she's going to be injected with a sedative. Curtis stops him just in time, tells the doc she's allergic to that medication. Curtis tells her she should go back to PC. She says no way. Later, she makes her way into Florence's room. Then someone else tries to get in (is it Cyrus??)

MAC DADDY to GH...Ryan is AWAKE! BUT he's a vegetable...Ava goes in to make sure LOL He's just laying there...but when she leaves his mouth moves a tiny.

Alexis tells Julian to die already (in his mind lol) ..Julian slips down and drops his ticket ..is he dead?  He's in the previews but ..???

By kdmask - December 16, 2020
Email ThisBlogThis!Share to TwitterShare to FacebookShare to Pinterest