I was thinking..Jerry and Luke should either have stuff falling off of them, or turn into Super Power guys. One could walk up walls/spin webs and the other glow in the dark. 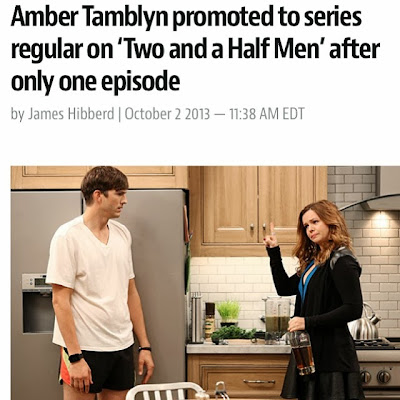 That's Right!! Our Girl is HILARIOUS!!


Olivia..oh man..she's gonna lose it. I swear she said "That SHITTY lab guy"... I swear!! Giggle.
AND...she finally figures out the "Jackal" connection!

Ava finally got her own place. A nice Gray thing. And Morgan made her mad-- and she attacked his arm.  Then he convinces Ava to let him live there by seducing her.
HAWT!!


Maxie "When faced with the truth..you DENY DENY DENY!!!!" She's all pissed off  "Some randomg guy (Brad) broke their cover. ahahaah
Spin says Maxie isn't malicious-- which I totally agree with.

Kiki thinks she should move in with FRANCO. um, a guy she's known for what? A few months, isn't really her father and is a serial killer. WOW, Great choice you idiot!! GOD she is stupid. UGH BUT, she's going to live with Michael.
And they make the love, totally in time for a good WTD story between brothers. :)

Franco lost his mojo with the tumor. The art dealer hated his work. Although in the art world, it's NOT the product, it's the name.  He tells Todd to "see if a local community college needs an instructor"!! Bahahaa...
And, The art guy LOVES Heather's wallpaper art! Oh yes.  He's going to have to have Heather make more art!!

FLEA MAC are on tomorrow!!

By kdmask - October 02, 2013
Email ThisBlogThis!Share to TwitterShare to FacebookShare to Pinterest