Ah, pulling ANOTHER face off. *sigh*  Ok, love it, hate it-- it was still good acting from Finola. That's the last time I want to see this stunt though.
Last.
Time.

Get ready to scrub up--hope you have the right face on, I don't like rubber masks!!

I guess I was up/down on GH this week.  I just wasn't into it. Not afraid to admit that. LOL.  It still is an 'on' or 'off' when it comes to story lines. I take it AJ's coming back next week but bajebus, it's been a black hole.  Again, half-way through the week the  dang Jr. Mint tweens show up again! WTH! Come on, give  that up. Just GIVE. IT. UP. Unless you're suddenly going to get Molly involved with Morgan and the Kiki set somehow, just drop them. 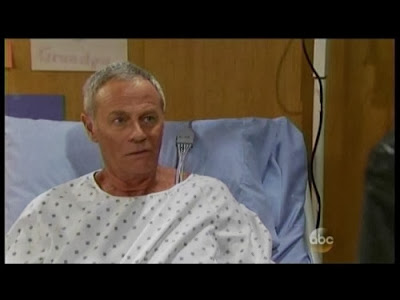 This is a good thing! Robert is up! He's talking! He's spillin' the beans!! WOOT!!  Thank goodness Anna finally believed him. 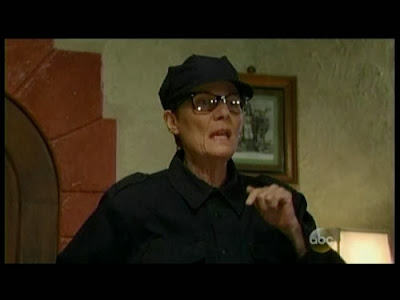 Well..Tracy found a goofy outfit to put on and go see Luke.  She jumped Jerry Jacks and will probably end up messing the whole operation --but hey! It's Spanky!! I got into a bit of trouble on twitter daring to even LIKE these scenes. Seems the L&L contingent are some pissed off. First that TG did an interview with TV Guide and said for everyone to 'move on' and second that Genie isn't in this story but Jane is. It's my understanding that GF asked for some time off and this is how the story turned. Now, whether or not you choose to believe that is your own deal. I am a huge L&L fan-- but I do appreciate these two. Always have. 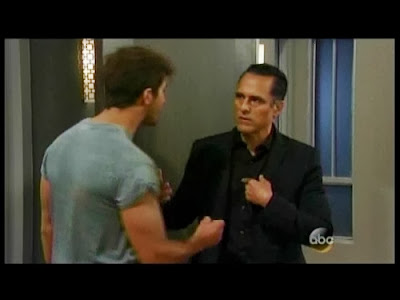 Sonny getting in Morgan's face--and Morgan getting right back in his! Great acting all around. Morgan is SO Sonny's Son in the zex department! Here's hoping he's already not fathered a half a dozen kids to come back in 10 years all SORA'd! 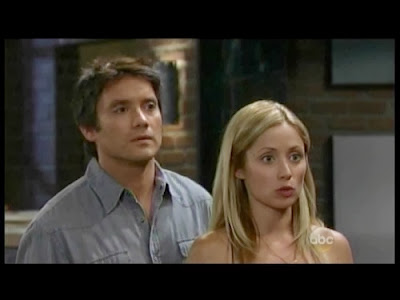 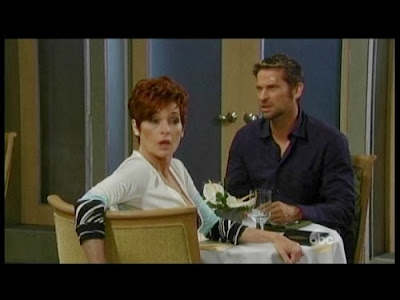 Diane and Todd--heh. GOOD Stuff! RH is so fun. And yes, I said Todd. Oh, that little bandaid is still there! Think it will be off next week?  Oh, not for nothing but it's kind of hysterical how Heather can just pop in/out at will. Geesh, just let her out already on some technicality. We all know that can happen on a soap. 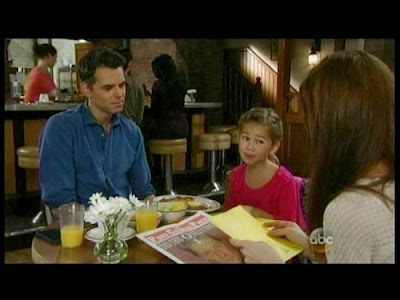 I liked this scene because Liz was there. It did remind me of the fact that Robin hand picked LIZ to fill in her shoes, not SABRINA and how great the story could have been if she was in it.  The kids could have gotten close, made a family together and then Robin come home. We would have been invested in this. Patrick wanting to take Sabby on a trip? UGH..you know just when Robin's discovered, he's going to be somewhere and there's no 'phone signal'.

I did love the fact that Faison was back-- because let's face it,  Anders Hove is AWEEEESOMEEE Sauce!! He's just too fun.  Poor Obrect, I felt for her a little...all rejected from the man she loves.  Not sure how the whole "twin Anna" fight scene is going to go Monday. It might be too campy for even me to deal with. 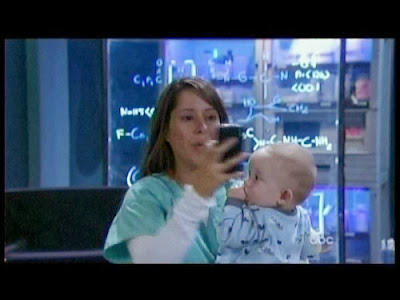 As if Robin doesn't have enough to do, she's got a giant BABY to take care of too! Good Lord.  Then she has to try to find a dang phone signal from the depths of the Cassadine lair. She's such a wonder woman. 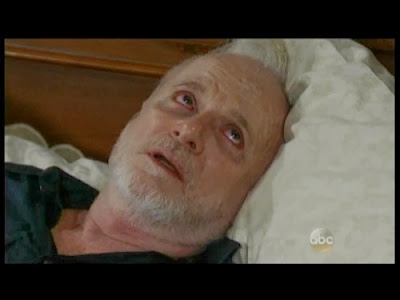 Luke's eye make up was grand... He looked sick. I think they used a bit of red eyeliner in there. Whatever it was, it was fabulous!! 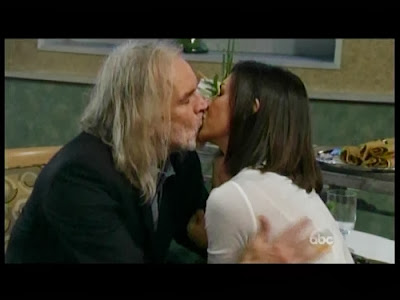 So... you decide. You sick of Olivia's visions or what? Now they seem to be more 'real-time" like when Connie was dying, not the future. Although I think it would have been cool to have had her see Fiason kissing  a cardboard cut out or a blow up doll. You know, "Fake" lol. 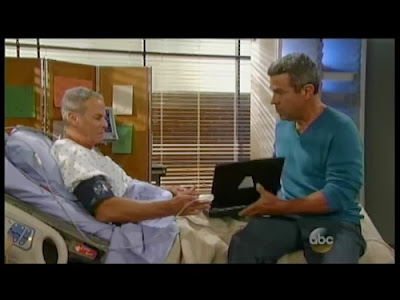 SCENE OF THE WEEK:  Mac tells Robert he taped Robin's funeral for him when he woke up.  Aw.. such a great scene and I'm SO HAPPY Mac is in this. He could have well been left off  (as we know) but he's right in there with his brother!! Yeah!!  That juxtaposed with Robin in her room on her Birthday and it was perfection. 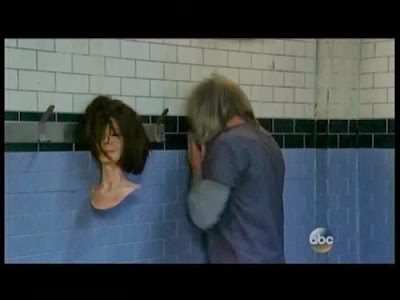 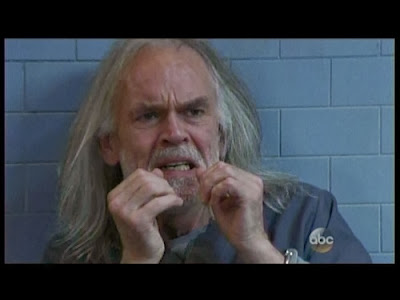 FACE OF THE WEEK: Faison freaks out when Obrect rips her rubber mug off right in front of him. Which is creepy because HE did the same thing with his Duke face. He just couldn't bear to think that Anna might be destroying herself.

Maybe we can all order GH latex masks for Halloween? You know who'd I be!! !!  (see above)
Tomorrow is a bonus day off for me. Not sure if  I'll be here for GH because Wub Hub and I want to see Gravity during the day at IMAX.
By kdmask - October 13, 2013
Email ThisBlogThis!Share to TwitterShare to FacebookShare to Pinterest