OOOFFF but today's show was a bore.

Felicia finds Esme and Ryan holding hands in his hospital room. Felicia asks how he communicates and says even if he has to say letter by letter it's still too much. She tells Esme about Ryan's past killing people and that she could be next. Then she leaves. Esme tells Ryan she has something BIGGER planned for the Q Clan (I'm thinking baby) 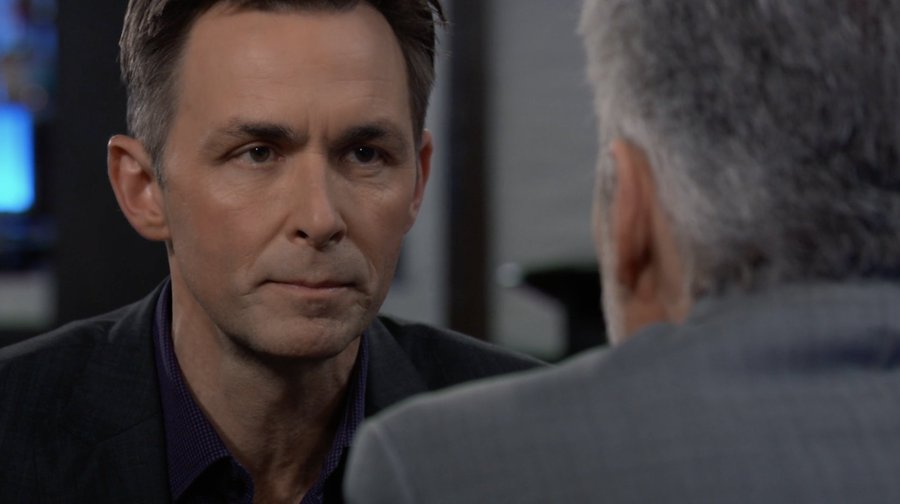 Marty and Val are out to lunch and Jordan comes by. She has news about his brother. (Cyrus). He was cleared of targeting Laura and him waaaaaaaaay back when they left town. (remember that?) Um, good lord. She leaves and Martin and Val talk about ELQ.

Laura and Spencer talk. She can't understand why Ava would want him to stay at the house.  He says that even tho he doesn't like Ava he can learn to live with her because of his father. Laura is happy he's matured.

Nikolas says their marriage can't be saved. Ava is puzzled. Nik wants to start fresh and get married for real.

Carly is buying up all the stocks. TEMP-RECAST MICHAEL is back... Um..  ??? WEIRD. Carly bought a TON of stocks. Will she be CEO because she has to be in every damn story? Can she even DO this? Isn't it insider trading? She leaves. Lucy comes along and Drew and Micheal try to get her to buy stocks.

Sonny and Jordan. He wants his coffee back. She says to call the Harbor Master. He says she can do something if she wanted. Then they talk about Sons and hell cries to her about Michael. Then CARLY comes along and wants to talk to Sonny So BYE JORDAN.

THE 15,000 Episode which will be Genie centric is airing June 20th now due to interruptions.

The Guy that plays Gregory is on contract now. Doesn't bother me , he's a good actor and is for Alexis so we probably won't see him much anyway LOL

By kdmask - June 13, 2022
Email ThisBlogThis!Share to TwitterShare to FacebookShare to Pinterest