Wyndemere: Nik and Esme still making out. EW OMG IT'S A SEMI-PORN MUSIC FEST! I can NOT BREATHE!!

Spencer is in the livingroom having a sandwich, cant' find Esme. AHAHHAA. OMG Then Ava comes in looking for Nikolas. They are like where are they? Spencer wants his money-- Ava says not  until they are ALL THE WAY OUT!!

Nikolas and Esme are naked under a blanket in the study LOL!! They make out again. 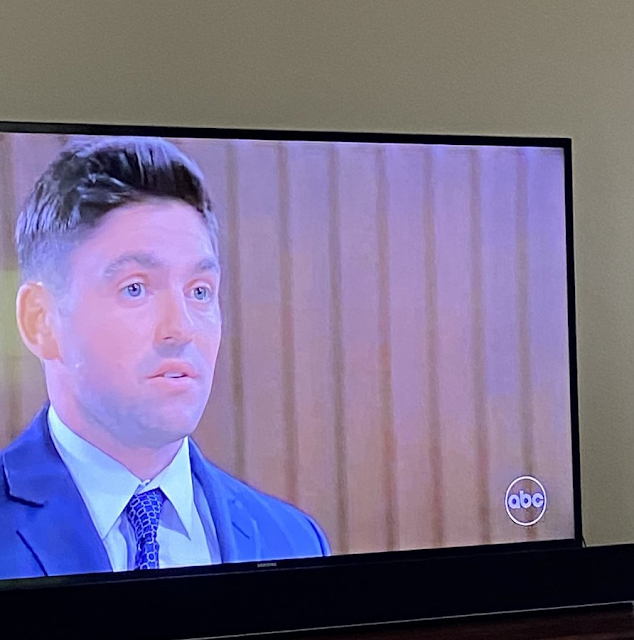 Courthouse: Ready for Verdict OMG NEW Temp recast MICHAEL !!  I guess he was Noah on YR. HOW BIZARRE--I mean in the middle of the damn scene too!! LOL Anyway, Nina lost. She can't see Wiley. Diane is so happy. Judge yells at Scotty about being mean to Michael. OH wah wah.

Carly sits there with the DNA results. Willow tells Nina off ..Nina and Scotty leave.

Social: Everyone is still talking. Maxie shows up. I swear Austin said she was sick and she says she was at the office. ????? Britt is getting loaded. She's HYSTERICAL.  Chase tells Brook he will help with the Linc situation. Terry tells Britt she and Chet aren't seeing each other because he's going to Chicago. More fun banter around. Britt gets really loud and starts ranting about love and not finding it and Port Charles has NO love. Then we hear a chopper? I don't know and something falls on Britt.

Gun Range: Laura is gone but Val is talking to Ava, then Anna comes in. Ava leaves. They have a shooting contest. They are all flirty.

Spencer finds Esme's jacket outside the door he and Ava go to go into the room and....commercial

Britt was hit by some guy and ends up in the pool. He landed in a parachute. He's the OLTL guy (Josh Kelly)  that's going to play a new character. Tomorrow Dante talks to him and seems to know him.

Carly is almost going to tell Willow about the DNA test (Drew walks in) and...show ends.

WATCH THE SHOW, I couldn't keep up LOL

By kdmask - June 01, 2022
Email ThisBlogThis!Share to TwitterShare to FacebookShare to Pinterest