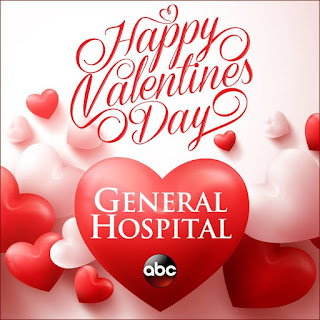 Welp, NO WEEK this WEEK!!! There was DRAMA all over Capitol Hill, not in Port Charles!! Last we left the show, people were getting ready for Sonny's "Funeral" and Phyllis agreed to go to see Nina. You know she'll find out about Sonny. I mean she has to right? This can't go on forever.
Can it? 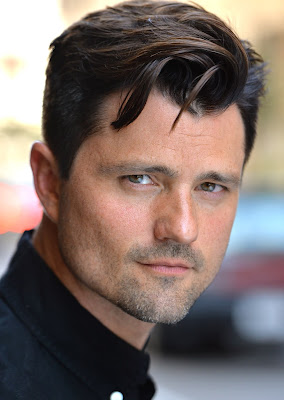 NEWS: Chad Brannon, one of Wubsie's fave actors ever on GH is making a return to the show. He did play Zander Smith back in the day and was last seen on a plane with Emily's look alike. Who will he be this time?? I'm thinking if he stays, he has to be a brother because Zander was shot and it was just too much realness to change. Maybe he's a ghost in a Cameron thing? He is Cam's bio Daddy.  I would like him to stay and be a recast for Brando or something. Yes, he's older but I don't even care! I recently saw him on Bosch (where you can see a heck of a lot of GH actors)  and thought: COME BACK!!

THOUGHTS:
So, Kristina is back for Sonny's funeral after a glaring absence. I understand work schedules and the Pandemic and all--but not even a peep of a mention of her during all of this. She could have been off to bartending school or in Paris or something. She's also out of a job. I do have a GREAT solution tho: JULIAN LEFT THE BAR TO HER. Hey, why not? It would stick it a bit to Sonny and Krissy could be a great bar manager. Getting into the mob 'biz' bit by bit. I could write a whole thing (call me).

I'm still puzzled to the whole Nelle thing and unless Chloe is coming back, not sure where it can go. Sure, we can fight over Wiley (Carly can bitch about two kids now) but...meh. IF Nelle does come back she can always say that Carly pushed her and who could say different? Carly was already done in by the stair push, right? Not sure where this story is going.

Another idea: Brick is Phyllis' step-brother. He walks into the Tan-O and is like "WTF"!!! hahahaa.

Still like my idea of giant house with Alexis, Sam, Krissy, Molly and TJ. All the kids. Diane's condo is sold to a developer and she needs a temp place to live too. Then, their neighbors are Dr. O, Britt and Maxie once she finds out Peter is evil.

Peter gets murdered and after a lengthy investigation, Brando is convicted and sent off to Pentonville. Twist is: He was framed by----SPINELLI who gets off Scott-Free and he and Maxie rekindle their relationship.

SCHEDULE: Looks like with the hearing over, GH will return Monday! That means we will have last Tuesday's show air on Monday.  If you need a recap, check the last blog post: RADIATION . The biggest thing there was a hand holding an envelope with Alex's Last Will.  The return postage was from a D Merick which we all think is Dimitri Merick (I spelled it Merrick) from AMC. He and Alex were married when they were on that show.

Look at the couples! LOL Can you name them?? I'm not sure I can! 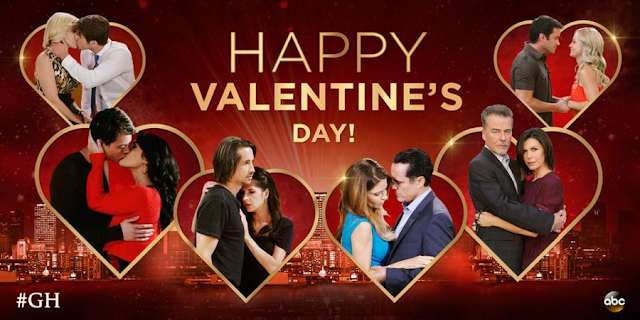 By kdmask - February 14, 2021
Email ThisBlogThis!Share to TwitterShare to FacebookShare to Pinterest