Putting the FUN in Funeral?

Well WE ARE BACK, PEOPLE!! How nice...maybe no politics on either end for awhile? Just ....some calm?? PLEASE?? We are due for our snow tonight--a foot but for us, meh, not bad. Sorry for those of you in warmer places dealing with it all. 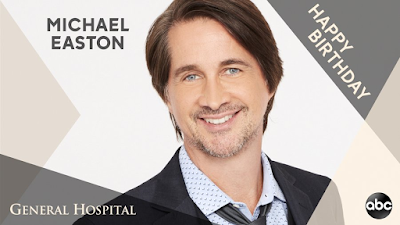 SONNY's funeral. Loses all luster or ..meaning because WE KNOW HE'S NOT FKING DEAD. I mean, how many times do we have to go through this dumb stuff.

Sonny is at the TAN-O and Phyllis calls to check on them. She's meeting with Nina. They talk about Nelle. Phyllis confirms that Frank Benson was the guy that took the baby.

Everyone gets ready. The Davis girls try to talk mama into going. As she's getting ready they talk about her charges and drinking. Later, Alexis sneaks a mini-bottle of vodka. Drinks it. Molly walks in.

Willow is moving into the Gatehouse at the Q house.

OK, today's episode was some weird stuff. Sonny isn't dead--and the mouring going on? Especially with Jason and Carly? WHO cares? It's just not making sense. I really had no interest.

END:
Nina heard Carly talk about the nigh Nelle died and figures out it was no accident. Or thinks that

By kdmask - February 15, 2021
Email ThisBlogThis!Share to TwitterShare to FacebookShare to Pinterest