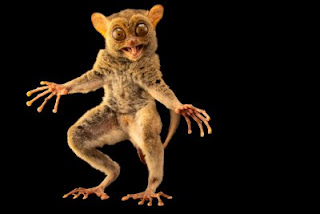 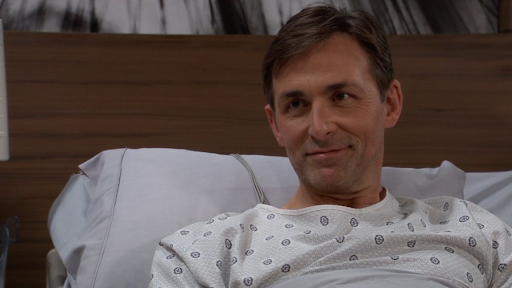 AT THE HOSPITAL: Maxie had to give Bobbie a ride there. She runs into Austin. Then Chase finds them and wants to question them about Louise. Maxie resists. Austin tells him to bug off. Then Austin agrees to talk to him about the night she had Louise.

Gladys goes to visit Valentin. He butters her up. Invites her in to get info about the Brook Lynn thing. She says she can't tell him anything or someone will get hurt. She leaves.

At the Savoy: Wow, Portia is there again! They talk about the Linc Brown thing and getting the bands. He thinks the mob wants a foothold in the joint. He will put a STOP TO THAT ASAP! :eyeroll: She leaves. Linc calls and he's going to come in and talk to Curtis. Linc then confirms that Mystery Hat Guy is the one that asked him to go to the Savoy. "I owed a favor"

Kelly's... Sonny talks to Spencer about working. Yada yada..Sonny's proud. Spencer says a friend. talked to him and made him see he needed to be his own man. Yada yada.. Sonny says he's proud but Spencer needs to make up for all the damage he did.

Gallery: "The Photo Ark" exhibit is tonight..Ned knows Olivia is still mad. He then goes to the Coffee Corner with Brook. They are talking about the shares. They talk about Olivia...Leo. Brook says that Olivia is probably scared (oh, see below what Robert said!! LOL)

Gallery... Trina puts out the Photo Ark Book... Esme comes in. Disney Plus plug. Then Esme asks her what she wants from Spencer. Trina's like: NOTHING, he asked for MY advice, I gave it to him, that's it. Esme thinks Trina is trying to 'steal' Spencer.

At the Qs...Robert is there to visit Livvy.. he says the kiss was NOT meaningless. He then says its' obvious Olivia uses him when she doesn't want to solve problems with Ned. He says he's a fantasy figure to her and larger than life. He also thinks she's not dealing with the Leo situation because she's scared.

Ned walks in on Olivia and Robert hugging. Robert leaves. Ned gives Olivia the invite to the Gallery show

After talking to Valentin, Chase starts to put the night that Brook Lynn had her baby together with Maxie's night SHE had HER baby.

Esme leaves the gallery and is shown to have been so mad she drew blood in her palm with her nails.

Hat Guy comes into Curtis' Club and confronts him FINALLY.

By kdmask - November 12, 2021
Email ThisBlogThis!Share to TwitterShare to FacebookShare to Pinterest 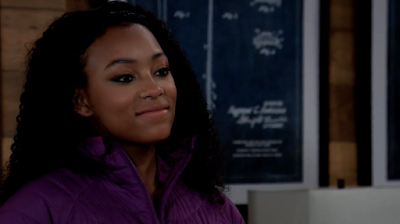