MONDAY@!! Oh and we have a little wet snow here in Rochester. BOO..nothing sticking yet though. It's coming. Got the long coat out to walk Tillie!!

Brook Lynn and Chase outside of Kelly's. He presses about finding Louise. They go in to get warm and eat. She tells him the entire story about her pregnancy. Says she had the baby in a hotel because she wanted Val to see he didn't have all the power.

Curtis asks the MysteryHatMan who the hell he is. He answers "The person you've been searching for your whole life'. Curtis shows him the sketch, asks what he's doing. Says Linc was in his back pocket and he probably beat up Joey Novak. He is Curtis' dad... Curtis is all torn up.  Marshall Thomas is the guys name. Curtis says there was a grave, yada yada. Then the guy says he gave Curtis a lawn mower for his 3rd birthday. Curtis says that there is nothing he could say to explain how he made them grieve for years and years. REALLY GREAT STUFF. Dad says it hasn't been safe to come forward until now. 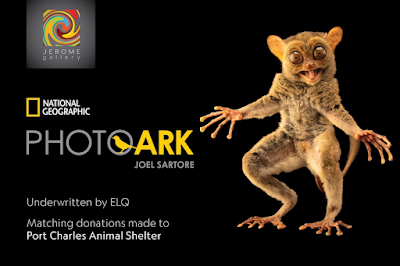 GALLERY: Portia, Cam and Trina..wonder where Curtis is. Esme (looking smashing) walks in with Spencer. Nik is there with Ava. Portia tells Nikolas that she hopes Spencer can teach "his father a thing or two" LOL. Joss is at a volleyball practice btw.

GH: Valentin is walking outside his room, on the phone with Char and Bailey. Anna comes up and so does Robert. They banter about Victor and if the WSB should offer him a deal.

Then Valentin goes to a guy's room who was a guard on the island (Why would he be at GH?? who knows). He has a needle full of air and he says unless the guy talks, he will inject him. Anna runs in...(it's obviously her plan) -- he says he turned sides and knows where Peter is. He tells them Cassadine Island.

Scotty is at the jail, talking to Victor about Liesl. Robert comes in. Scotty is Victor's lawyer..tells Robert he will call a press conference about Peter August, the WSB not dealing with Victor and Victor will also tell all the WSB secrets he can.

GLadys is getting meds for her migraines that Brook Lynn is giving her and runs into Brando and Sasha. They ask her to go to the Gallery exhibit with them. She's thrilled. While there she sees Kip, the guy that played "Paulie" waitering! LOL! She's like: UM HEY, PAULIE!!

Gladys finds out that Kip is an actor

Curtis throws his dad out but this dad leaves a family photo behind.

By kdmask - November 15, 2021
Email ThisBlogThis!Share to TwitterShare to FacebookShare to Pinterest