IT's Thursday!! November is marching on and on... 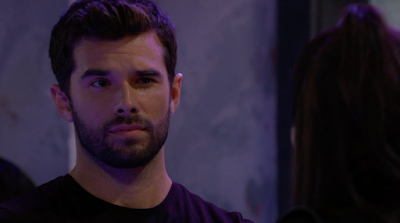 The Savoy.. Chase talks to Brook Lynn. Poor Brook can't even get a fancy blazer to wear LOL He says she should make Maxie talk to him about Louise.

Carly is there with Millow. They talk about nothing.

Curtis is happy there's a line around the building to get in.

Liz and Finn are there. Liz is feeling blue. Portia talks to her. Then she and Finn order champers.

That music guy IS Brook's old producer, Linc. He says something to her and she tells him to bug off and Chase tells him to get lost. 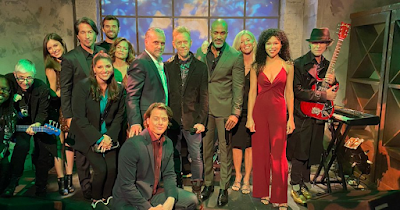 They DO Have real music there.. . I liked it. It's alternative/punk type. He's a GH director.

TEEN SEX: Good God, Cam has a condom and Joss has about 89. They get out some pretzles. Lip gloss. Candles. OMG it's just painful to watch. Anyway ..Liz comes home just in time PHEW. no damn it!! It was just a car turning around. She's still at the Savoy.  Then they talk about if it's the RIGHT TIME.. are you ok? You ok? Is it ok UGHHHHHh

GH: Austin goes in to talk to Valentin ..says "Brook Lyn sure saw you comin"...he tells him to talk to Gladys. Says that Gladys said that Brook was 'playing him' and he should ask her what's going on.

Gallery: Scotty is drunk and goes to see Ava at the Gallery. He's upset about Liesl. "I failed her". OMG He faked being drunk so she'd tell him all about Nikolas and the Greek compound!! LOL

Charlie's ...Sonny and Nina talking about her maybe going to prison. Sonny says "You have no idea what my power can do"... being all sexy. Nina gulps. LOL WOW.... nice scene. They talk about what might have been. Lenny not dying..the two of them maybe.. You know. Sonny says the DA might eve drop the charges against Nina. Nina says she should stay away from the bar since he owns it. He's like NO! She says "You have rules". He says to stay away from Carly and Wiley but she can come to the bar. You know he wants to be able to see her.

END:
Sonny finally shows up at the Savoy, doesn't say why he's late. Carly wants to get to know Charlie's Bar better since he bought it LOL

By kdmask - November 11, 2021
Email ThisBlogThis!Share to TwitterShare to FacebookShare to Pinterest