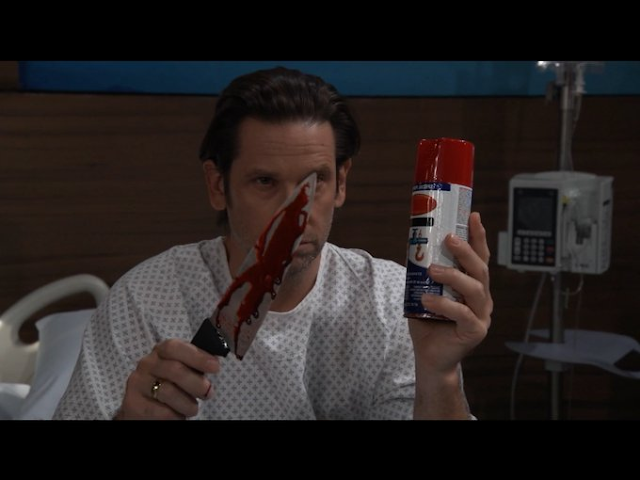 SPOOKY FUN WEEK!!  And by the way, I'm so tired of apologizing for loving the show.  I think it's just on point and really building stories. This week was all I wanted and more.  I think it's the best soap going and I enjoy it as much as some of the other prime time stuff I'm watching. So there. You might not like the direction things are going but there's a story...and a damn good one in most cases! Actors seem to be loving life as well. Nothing is better than watching the cast do their stuff.

Since you know you have leftover candy from last night, unwrap those suckers and eat!!

So much came out this week, it was delicious!! There were so many revelations. They also used a real office and the parking lot! What the heck?? Here are some revelations for you and they are in no particular order because I couldn't rank them.  Hope you liked the show as much as I did: 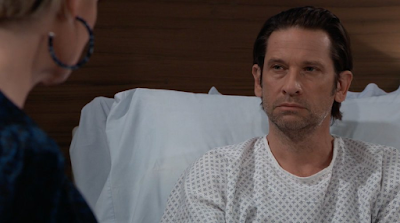 REVELATION ONE OF THE WEEK:  TUMAH is back!! It can't be operated on!! Franco is the one that messed with Ava's painting. Wow.. and he saw his monkey, the knife and some spray paint. Him fainting in The Rib was just perfect. Caught me totally by surprise. Good seeing Terry again. He wants to keep it secret? Didn't we just do this with Oscar? Either way, Roger will act the hell out of it all. I REALLY hope he's not leaving but we know he's an East Coaster and maybe the restrictions are just too much. Hmmm...?? 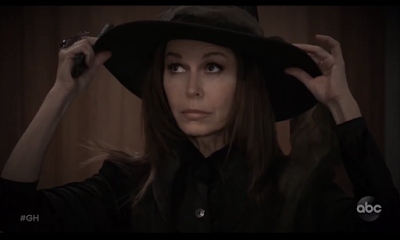 REVELATION TWO OF THE WEEK:  First the Peter is Alex' son reveal and then the wonderment of watching Finola and JPS. Two great actors. They made me care about this story. Val is off to save Anna just as Alex rounds the corner, knocks her out and shoves her in the basement. :Giggling: 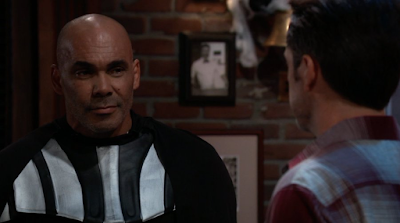 REVELATION THREE OF THE WEEK:  So, Taggert's in town as Darth Vadar and sees Trina (dressed at Leia). He sees him when they fight and he realizes he saw him on the pier. THEN Finds Trina's phone with his photo. Taggert sees Sonny and Jason tells him that guess what? Sonny bought Kate Howard's house and they are going to hide them there. I've wanted her house to be used for years lol. I thought Jax would have been the perfect neighbor. 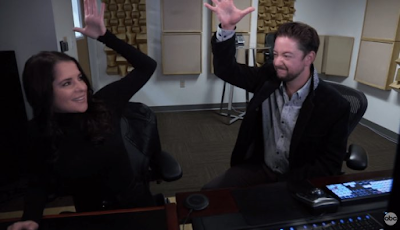 REVELATION FOUR OF THE WEEK:  Oh my GOD but I love a scared Peter!! It was glorious to see that he was so fearful of the Helena call. I was trying to figure out if it was Spinelli but then he walked around the corner. THEN it was revealed to have been Sam! First time I've liked her in over a year. Great set-up. Awesome and I hope to hell they get Peter right where I want him; 6 feet under. 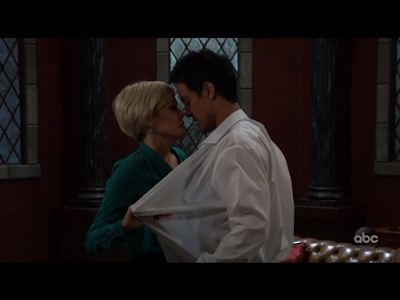 REVELATION FIVE OF THE WEEK:  Ava and Nikolas. It was so fun watching them circling.  I have not had a SHIP IN SO LONG!! I'm just into them so much. When he got stabbed accidentally and then they had zex? SO SOAPY! Just  a flesh wound I guess. LOL. Then he was so concerned for her when he saw her after the Ryan visit. Even Julian had to gag. I hope they last and build this into a glorious soapy love story. 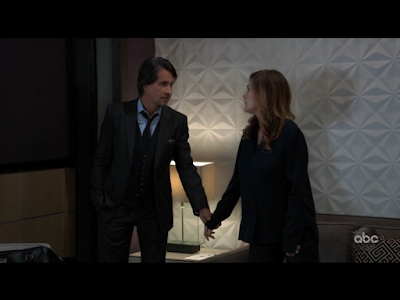 REVELATION SIX OF THE WEEK:   So, Finn and Jackie DID have a thing! She was doing a story in the residents in Boston hospital. She and Finn flirted but did nothing. He introduced her to his Dad. Whooops. Then on her wedding night, Finn and she give in to their passion. They never tell the Dad-- or anyone about it. 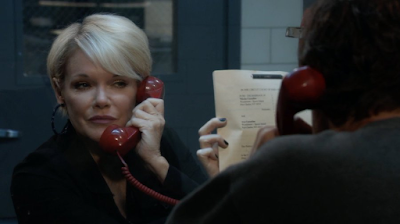 REVELATION I REALLY DIDN'T SEE COMING: Ava reveals the "divorce papers" to Ryan. He knows they are fake and freaks the hell out. Even Ava was shook!!  THEN?? Ryan calls SONNY??? He's going to out Julian to the one man that will kill him in a heartbeat? Wow.. interesting. So, Sonny's gunning for Jules and so is Cyrus. This could be a who-dun-it. OR as some are suggesting on Twitter, Nikolas could help stage Julian's death. That's what I'm hoping for! 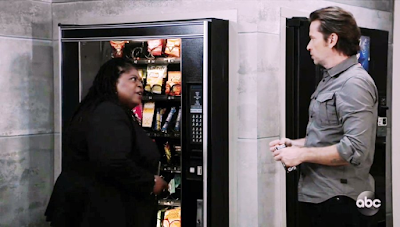 WUBSY PICK OF THE WEEK:  I loved this scene. Playful and unexpected. Just like Epiphany and Milo breaking up. I loved her singing at the Rib and Cyrus flirting with her too. Just might turn into something delightful. Ephipany ends up killing him just because she's so pissed? LOL

SCENE OF THE WEEK: Hard to choose between this and The Ryan freak out but..NLG was just so perfect in this I had to give it to her.  This Julexis scene was everything; it showcased the wonderment of NLG and WD together and it laid out why they can't be together. 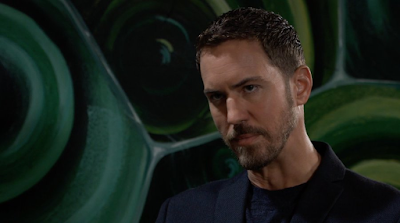 Franco has an inoperable brain tumor

Alexis is still drinking and taking no prisoners

Ava and Nikolas share feelings for each other; Ava accidently stabs Nikolas

Ryan doesn't believe Ava that the divorce papers are real

Valentin vows to save Anna

Liz tells Nik about her part of the blackmail plot

Franco tells Ava his part of the blackmail plot

Sasha is coked to the max, goes on a 'date' with Cyrus

Brook Lyn tries to sing, finds out she can't

All the kids get together; Taggert makes an appearance but Trina doesn't know

Finn and Jackie talk about their past, including sex on her wedding night 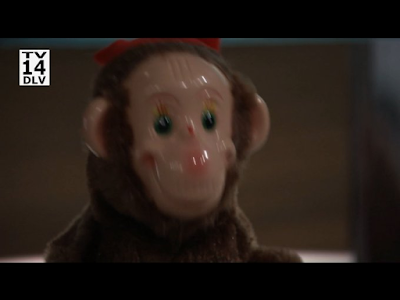 That's it!! I was loving the UPS and DOWNS of everything so much. I didn't think Anna would find the DNA results so fast. Franco having a tumor? Nope. Ryan freaking out that bad? NADA. Alexis going full throttle with Julian? No no no. Finn and Jackie were also a great backstory. Peter's in a trap and looking ill. Bring it on. Soon, Jackie's hubby and Chase/Finn's Dad will show up. Lulu might be leaving (I think Emme wants out) and so, how will that go? Who will kill Julian or will he flee? Ryan? Alex? I'm telling you, this show has a LOT going on.

Have a great Sunday.  Next week will be an interesting one for MANY reasons. Here's hoping GH doesn't get interrupted with "Breaking" anything.  It's NOVEMBER already! 2020 is another month into being over!!

By kdmask - November 01, 2020
Email ThisBlogThis!Share to TwitterShare to FacebookShare to Pinterest