Oh boy.. another week and.. another blog that begs the question: What day is it really!? (and, does it matter!!??)
Let's dive in and take a look see at the shennanigans on GH.
YES, it still bugs the hell out of me it's "Summer" in Port Charles. I know it shouldn't but damn, we still don't have any leaves yet!
Blogger has changed it's editing shell and I'm not one to love change after doing something one way for almost 20 years so...
bear with me!
I think I'd better fast today. I'm going on Covid-19 pounds plus I think! LOL

Yeah, Sasha, I get it... I'm the original schemer in this town...
PLAN OF THE WEEK: Chase and Sasha... planned it, did it and regretted it. Finn saw through it, so did Carly. Who didn't see through it? Michael and Willow!!

Well, he smelled like sweat and an oil change, I couldn't resist!
CONFESSION OF THE WEEK: Molly blurted out she slept with Brando.. Kristina was happy. Sam was pissed. TJ is still in the dark. 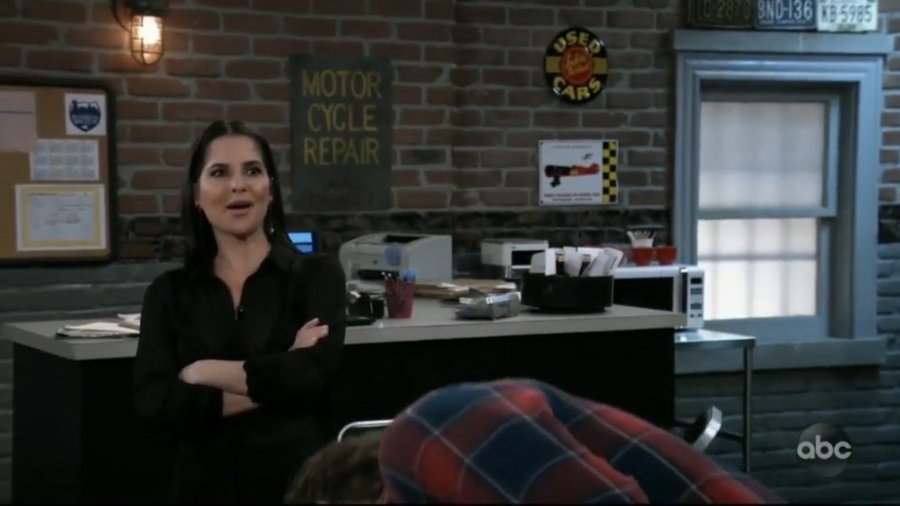 Oh, I'll show you my motorcycle skills .....
WEIRD AS HELL OF THE WEEK:  Sam and Brando? What the? It was probably the most awkward, strange scene out there. Sam's all pissed about Brando sleeping with her sister. Although her sister didn't even tell Brando she was in a relationship so... shouldn't she be yelling at Molly? And what about her chestilations all over his counter top?? Was all that supposed to be sexy-banter? He changes his shirt in front oh her. Because that's what one does in their place of business. Her turning and mentioning motorcycles at the end? Huh? PS. Brando's not going to survive if there are ZERO customers in there and no phones are ringing. Quietest garage I've ever heard.

Let's all go for a malt at the Peach Pit!
TEEN SCENE OF THE WEEK: I guess summer (was) coming and the teens had to start to hang out soon enough. I see DEV isn't recast yet so, I'm not thrilled. Cam likes Trina, Trina thinks he likes Joss and...well. :shrugs: 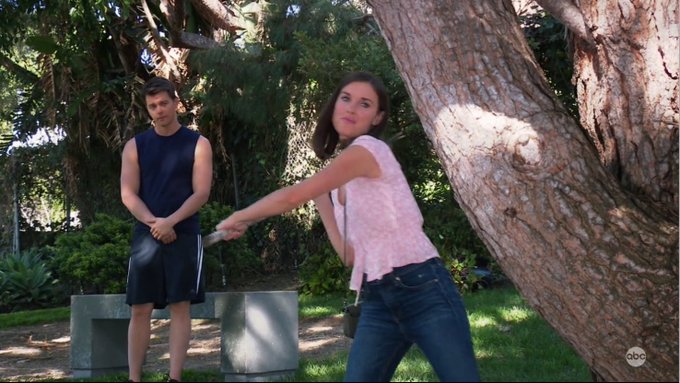 Sing it with me people:   Carole Baskin... killed her husband..wacked 'em...
FREAK OUT OF THE WEEK:  That's all I could think of in this scene. I mean, I understand the Michael frustration but this whole thing just came off as hysterically funny. Poor damn tree too! Lost it's bark and had to endure Willow going at him as well! Geesh!! 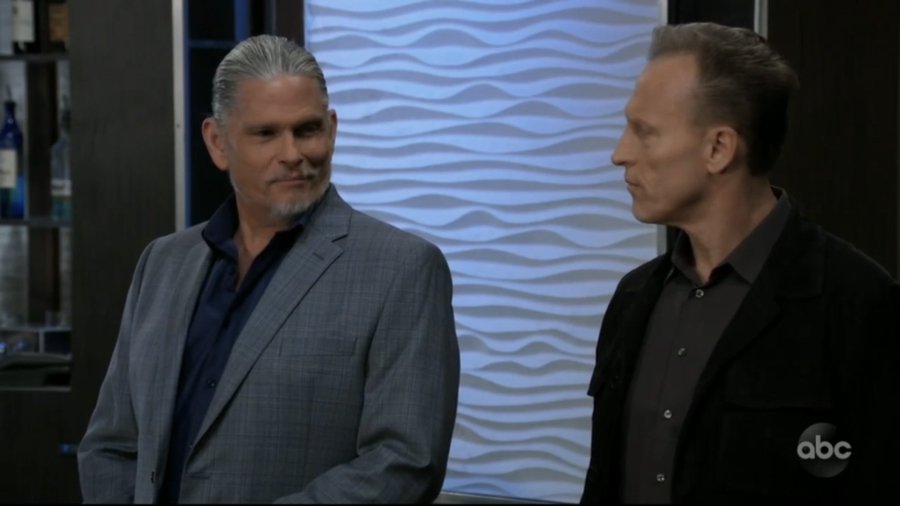 So, do you want to kill Corinthos or just have a nice Cappuccino and forget about it?
SNOOZE OF THE WEEK:  Here I was, thinking Cyrus might be the 'real thing'. YAWN. Move on.

FAKE HUG OF THE WEEK: You know Lulu wanted to pinch Valentin..HARD
WUBSHELL WEEK:
Valentin is torn between the wub for Charlotte and wanting to leave Port Charles
Lulu's still as shrill as ever
45,000 flashbacks
Willow is sad
Michael is mad
Sasha and Chase are regretful..will it lead to real zex?
Nelle offers Michael a terrible deal with custody
Something Something Cyrus.. whatever
Teens can be free to come and go with guards of course.
Carly figured out the plan
Finn figured out the plan
Willow and Michael beat up a tree
TJ is still in the dark about Molly
Molly tells her sisters her secret
Sam threatens Brando
Brando bears his torso to Sam
Portia wants to be head of internal medicine
Check Diagnosis Daytime for spoilers! 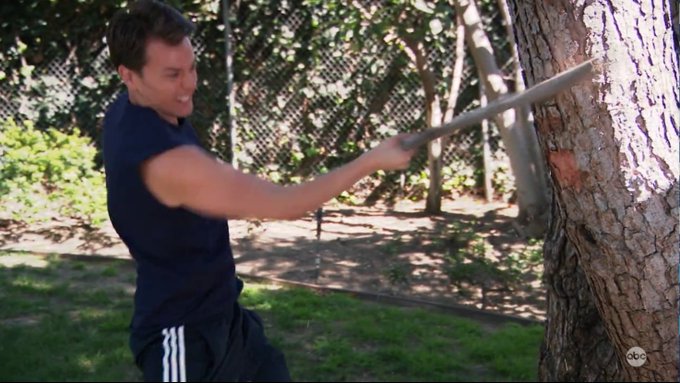 Another week of hardly any movement on anything. Seriously, this Michael marrying Willow ruse was just not done right, imo. That plus the fact Chase and Sasha show way more emotion than Willow and Michael ever do. No more movement on the Nelle Necklace. Nothing about Robert and Holly-- which by the time that happens many people will have forgotten or more to the point, it was such a short scene it many missed it. Should have had an immediate follow up taking to Anna and then Mac about her. Those were flashbacks we WANT to see!!  Old Holly and Robert clips please! Charlotte is on my last nerve with the "Papa" dialog. I like her better as a brat and acting up. Nina and Jax? So don't care. Molly and TJ's story has great promise but the weird Sam insert was just-- freaky. The bromance scenes with he and Sonny? blah. I really REALLY hope he's undercover fed at this point. Anything else? A waste. Julian is floating around-- and where's Ava? How's that portrait coming? Cyrus..another no-bite bad-guy.
This is all new territory in a way because of the pandemic editing. They never taped the Nurses Ball. We will be getting another month of chopped up stuff and flashbacks. I will watch because I don't want our show to be cancelled.
Now on to the good stuff!! Nancy Lee Grahn has been taking this quarantine thing and running with it! She's had Zoom casts with guests that are really fun to watch. The latest one ?? TONY GEARY! Wow! What the heck! And let me tell you, tons of things to unpack in that area!! You really need to watch.  Go to her you tube channel where you can also see her Virtual Birthday Party!  I tell you what, she's done more for this show's PR in the last month than they've done in 10 years! 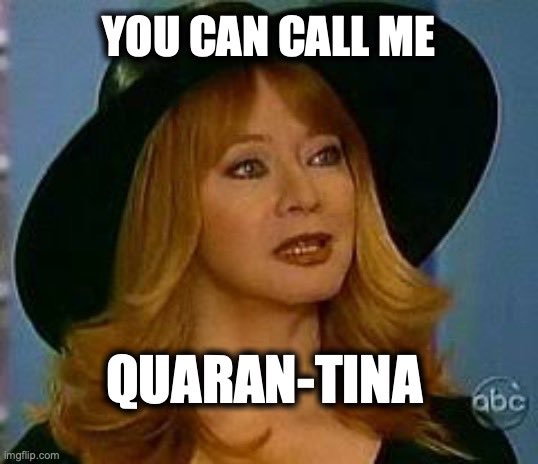 I loved this... @TomDangora on twitter
By kdmask - May 03, 2020
Email ThisBlogThis!Share to TwitterShare to FacebookShare to Pinterest