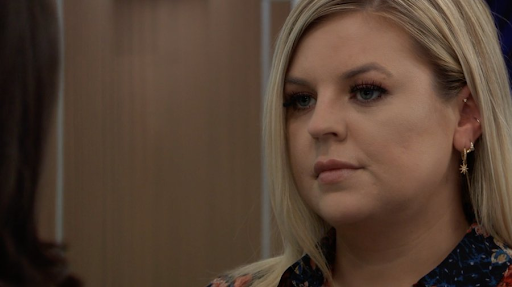 Jarly Kisses..and kisses again. Jason says they don't have to be afraid now. "Will you marry me"?? Carly says "With all my heart". She's all giddy to be getting married now. Carly wants to dance in the space because it's "old Jake's ..where they first met".

ALL OF THE OTHER FOUR FAMILIES ARE gunning for Jarly!! They all meet and are ready to blow up the warehouse tonight. (night of the wedding)

Hospital: Jordan, passed out. Portia gets checked. Portia is on oxygen.

Jordan is intubated, Curtis waits with her. Austin tells him she might need a chamber thing because her CO levels are bad. TJ finds out. She might need dialysis. TJ calls Shawn. Everyone is talking about the Fingerlakes and what it all means.

Nina is freaking out about Jax telling on her. He reminds her that Mike doesn't exist. She says he does too!! He says how did you feel about Fake Sasha!!? She cries..cries. CRIES. Then says all Jax is caring about is that Carly is marrying Jason. Jax brings up Sonny's kids. She says he's right-- she has to tell him. But in PRIVATE PLEASE!! Jax agrees (idiot).
Sonny left his phone on the bench with Phyllis for some reason. I think it's important.

Sonny talks to Phyllis. Said he threw his watch into the river to move forward with Nina. Nina talks.

Maxie lays into Brook Lynn about how she's caring for Bailey.

Curtis cries for Jordan to wake up..she moves her finger and he kisses it and Porita sees it.

By kdmask - September 10, 2021
Email ThisBlogThis!Share to TwitterShare to FacebookShare to Pinterest