Tuesday and Wednesday Together 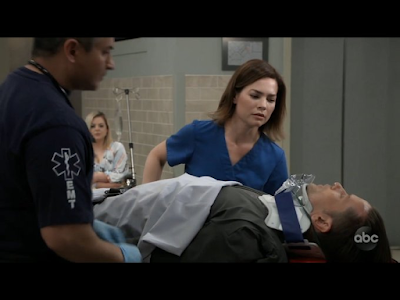 So... Louise is as big as a turkey and probably will talk soon!  Maxie gives Brook the baby. Brook has no boob milk tho. I can't wait to see how Maxie explains where the baby is. Dead? If so, no body? Kidnapped by Chloe? If so.. Peter won't stop looking and might find Brook/Louise??

Cyrus' hair flappin around!! Damn it Trina walks in!! Tri and MOM have a set!!

Curtis is as happy as Squidward with this liquor license. He wants love advice from The Mayor. 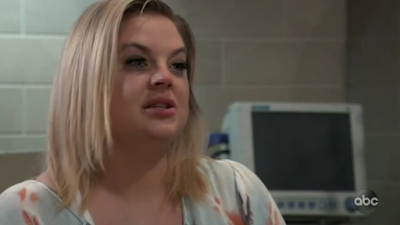 Maxie tells Peter that the nurse he hired stole their baby.  She basically tells about being drugged but then Chloe stole the baby. She's really doing a good job. OMG WATCH HER DRAG HIS ASS! I don't want to type it all up but Kirsten is amazing!! Maxie recorded his entire confession and sent it to MAC!! YEAH!!! Then she tells him he's a poor knock off of Faison!! He runs out.

Peter goes into the stairwell and cries. pfffft.

Curtis thinks Portia was in trouble. He and Laura go over there. Cyrus breaks down the door!! Cyrus kicks them back out and Curtis calls Jordan. Police arrive.

Greg and Jackie visit Chase. Act like they've been there before. ahahaa. NOPE.

Liz tells Finn about Maxie giving birth in the woods.

END: Finn goes on the roof to confront Peter. Laura offers herself as a hostage in exchange for Portia and Trina.

Maxie is going to tell Anna about the baby

By kdmask - June 02, 2021
Email ThisBlogThis!Share to TwitterShare to FacebookShare to Pinterest