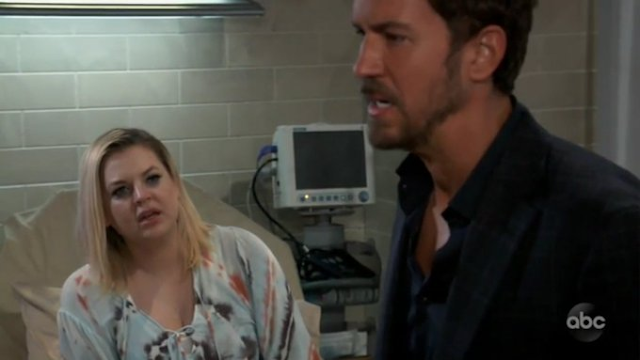 HELLO!! HOLY MOLY!! GH brought the old school everything this week!! I was loving it and dying to get home to watch.  Such good acting--dialog and everything. AND A REAL OUTSIDE SHOOT! Yes, I'm still giddy about that one lol.  Photo credit: @antigonea

Note to self: WHY didn't we call Paxie --PeMax when we had the chance??! 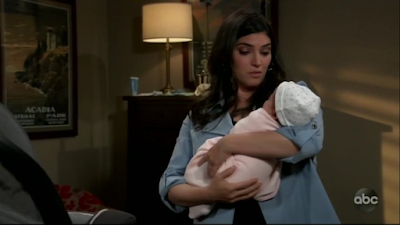 "The Mother Load" ..why?  Maxie...the mama who gave up her baby to save her...Brook...the adoptive mother taking Bailey in. The mother that haunts Cyrus to this day. The mother that shows up to a cabin to hold her daughter when she tells her the diagnosis. Portia who gives Cyrus medical care to protect Trina.  Laura the ultimate PC Mama Bear standing up to the wolf in the room even though he put her girl into a coma. Don't forget Gladys who took a bullet and gave up Peter August.  Ah...moms. 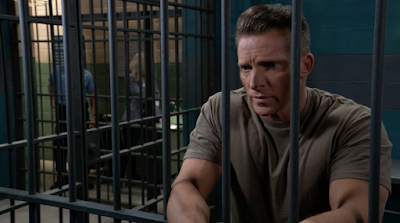 NON-ELEPHANT IN THE ROOM OF THE WEEK: Why am I starting out with this? Because it was GLARING not to have Sonny, Carly and or Jason in the middle of either the Cyrus OR the Peter story. Carly shows up Friday to talk to Jason and I could literally hear a sad-horn playing. Just goes to show, it can be done without them!!  And PS. Nixon Falls WHO? 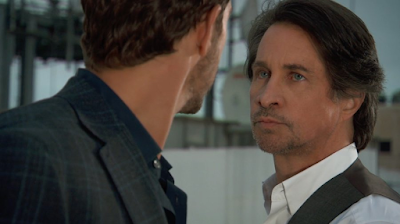 COLLECTIVE CHEER OF THE WEEK: Peter is pushed by Finn. Lord knows it was all of us at the top of the stairs shoving him down! BOOM!! I swear I saw McBain up there too! LOL -- Liked that Liz wanted to cover it up. She's been too damn nice. 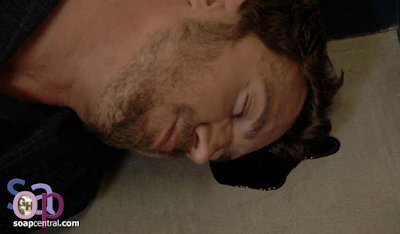 COLLECTIVE SKEPTICISM OF THE WEEK: Ok, WHERE Is PETER'S BODY? Because.. um, I don't see it. YOU Don't see it. We all saw it in the stairwell but where did Finn and Liz stash it? HOW Did they stash it? Will it be there when they go back? Because unless they set that SOB on FIRE in front of us, I'm not believing he's gone. Nope.  Photo thx to Soap Central 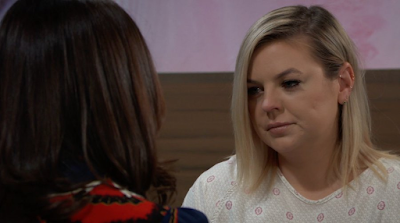 SACRIFICE OF THE WEEK: Mama Maxie who gave up Louise aka Bailey Lois to Brook in order to save her from Peter. Brook Lynn who accepted her and seems to be warming about having a baby (trouble ahead!!). They both are united now in common deceit. I really like how this switch has been playing out. Quite different than the others I've seen over the years. 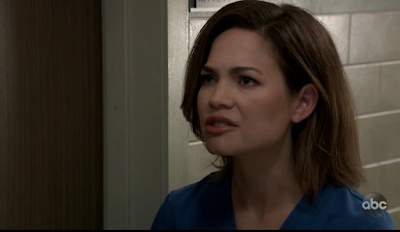 SECRETS OF THE WEEK:  SO, we know Brook and Maxie carry a big one. When Britt comes back to town she'll know too. BUT..the bigger secret that could totally mess everything up is Finn and Liz--who (supposedly) stashed a dead Peter and won't tell a soul. This means Maxie can't trust that Peter isn't out there somewhere and ergo, can't claim her daughter. Eeeeeee!! Drama! 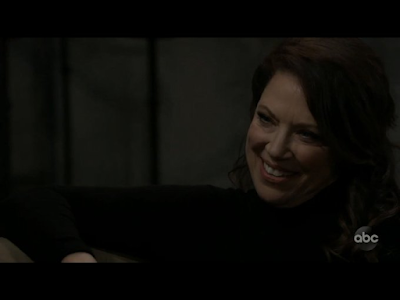 MOTHER OF THE WEEK:  Ok, yeah, Brook Lynn and Maxie went through it but come on. THIS is the mudder we all wanted to see!! And JASON CALLED HER. That's huge. HUGE in so many ways. Why? He's thinking about Britt's mental health. He trusts Lesil not to say a word (she's a baddie so she's got "The Code") and he did it all without consulting Carly. Hats off my man!  Lesil and Britta were so adorable talking about Jason. Giddy or what? 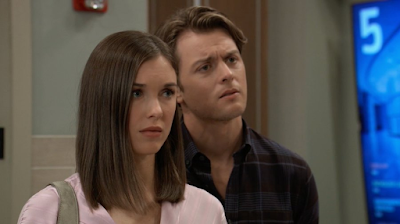 AFTER SCHOOL SPECIAL OF THE WEEK: Ok, I'm going there. Michael and Willow. Sorry if you're a fan (you might want to look away) but Um.. they are like watching two teens that have no chem try to 'emote'. OOFFF it was bad. I just don't get them and I don't get their chaste WUB. All they talk about is Wiley. And I swear to everything on soaps that their "looks" to each other are as sexy as a Keebler Elf commercial. 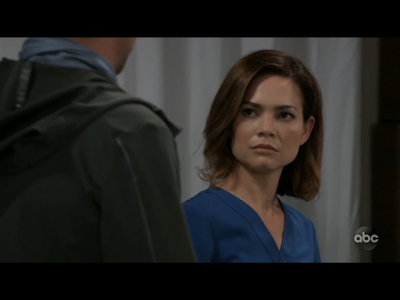 DOUBLE-TAKE OF THE WEEK: Liz looked twice at ol' Franco on the gurney and later when he came into Maxie's room. Love how the last time she saw him he wouldn't open his eyes on the stretcher and this time he did. 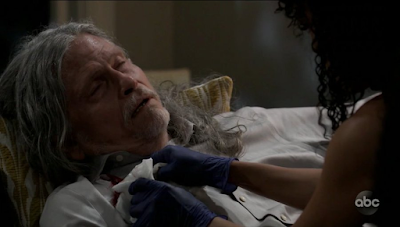 SCENES OF THE WEEK : There were two astounding scenes this week. First up was Maxie telling Peter off. I mean-- wowza. Kirsten knocked it OUT!! Perfect words. Perfect pitch. Just...perfect.  I just... I have no words. Jeff Kober is just amazing. THERE'S a villain for you. The emotion and narcisistic "what about me" was radiating off of him. To have Genie there as well? Icing on the cake. 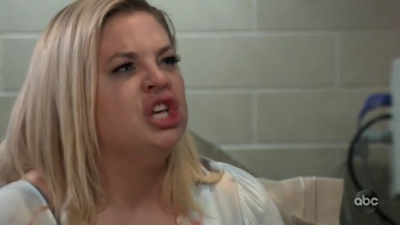 TREND OF THE WEEK: Maxie trended on Twitter after the scenes where she tells Peter off. :Clapping: it was brilliant. 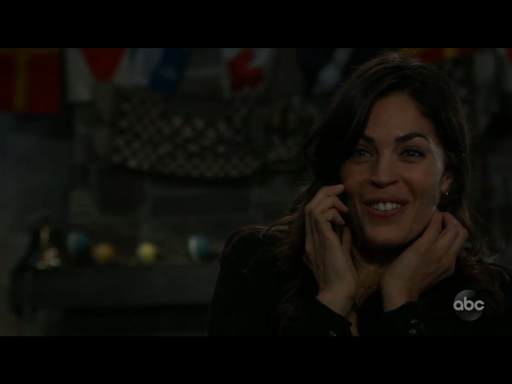 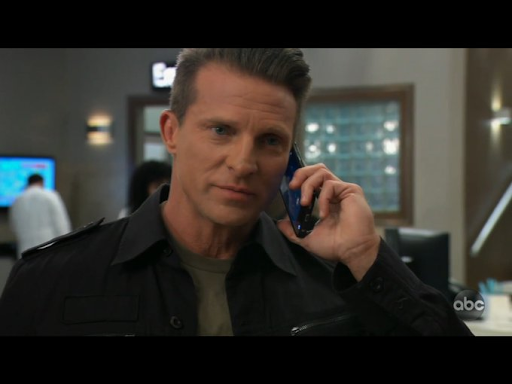 FACES OF THE WEEK: Jason and Britt on the phone together. GAH! 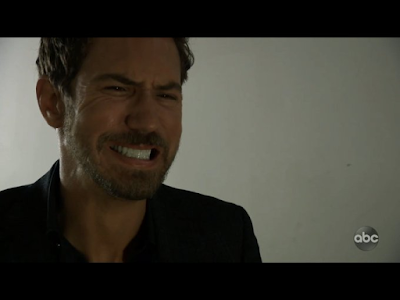 "EMOTE" OF THE WEEK: Oh boy oh boy but Peter really put it on thick. He was so upset with Maxie. Punched a wall...wailed.  um..okay. 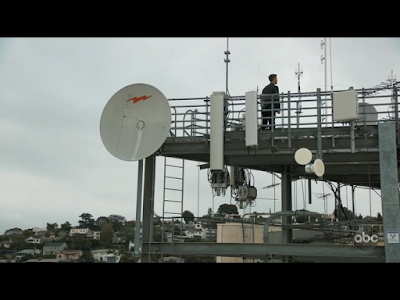 GOOF OF THE WEEK: Sharp viewer Frank noticed you could see palm trees from the roof of GH along with the LA observatory. Giggle. I will give them a pass though.  Photo thx to @twynk 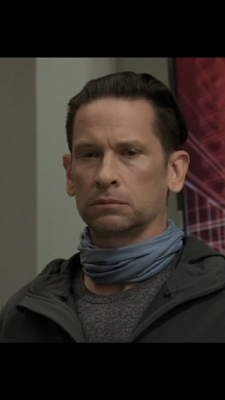 WUBS FAVES OF THE WEEK: Anything Cyrus, the way Britt and Jason looked when they were talking on the phone,  The stunt man that took the header down the stairs. Finn looking all dapper and zexy on that roof. Valentin looking at "his daughter".  Franco's fresh faced Austin vibe. Lesil loving Jason and Britt together. 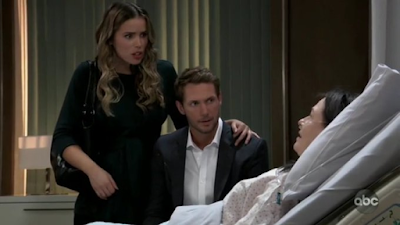 Maxie gives her baby to Book Lynn for protection

Chase still is on death's door

Maxie still thinks Peter is fleeing and a danger

Cyrus makes Portia get the bullet out

Laura gives herself as a hostage

Curtis breaks in, gets shot by Cyrus and Cyrus is shot by Jordan

Britt tells her mother that she has Huntington's Disease

Jason is released from jail

NEWS OF THE WEEK: I hope you've seen my other post about Kirsten Storms having brain surgery for a cyst in her brain. Poor girl. She says she's on the mend and going home so here's hoping she's up and doing well soon. 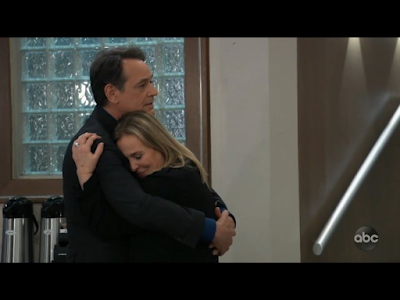 AND... that's a wrap! SO much happened and I hope you decide to watch. Great acting, writing  and dialog.  This is a another crazy week for me--last week of kids at preschool. I'll be in when I can. BIG thanks to Dave for always filling in when needed.

By kdmask - June 06, 2021
Email ThisBlogThis!Share to TwitterShare to FacebookShare to Pinterest