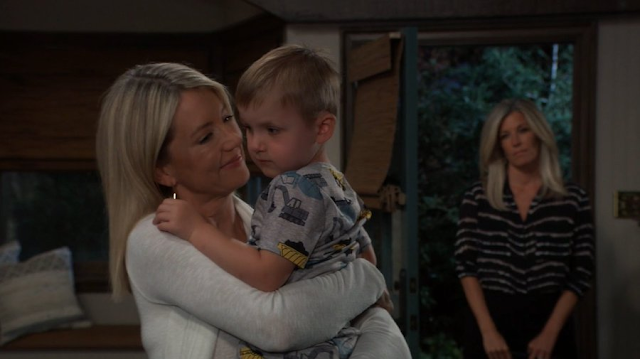 Full disclosure: I was off doing biz in real life and I didn't make up my GH watching. I've seen Wed and Friday eps and looked at recaps. Ergo I don't think this Surgery will be too long. I also didn't find the  show that "must see" . Did you?

I'm just having some coffee, I ate too much Saturday! Summer always means BBQs and well.. 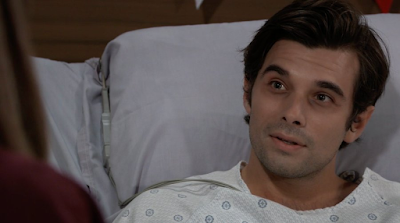 Hey Girl.. wanna get married? I've already got a gown on.
JEFFREE STAR OF THE WEEK: As time wore on, Chase's lips got so white he looked like a 1960's model.  And yes, he's dying. And yes, Finn thought he found the antidote but since he's not his real Dad, the DNA sequence was flawed. So.. Chase is now dying and... guess what!!? Since Willow's been so "loving" he wants to marry her. And Willow being Willow and the sweet Candy-Gram that she is would just be honored! 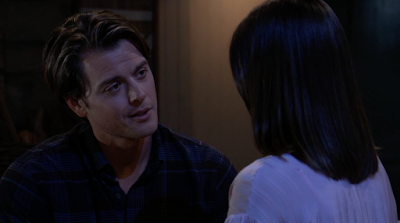 OH my GOD everything's going to be awesome!!

FROM HIGH TO LOW OF THE WEEK:  Oh, Michael. Poor Michael. Had his loving wub with Willow but then--Jasper Jax decided to watch and blackmail him!!  THEN, that "wicked" Nina comes home to visit with his cherb. What else could go wrong?!! What?!! Oh, yeah, his BFF is going to marry his lady. Poor Michael. 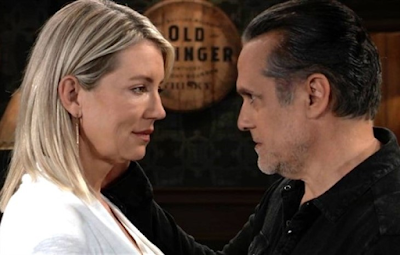 Um, I got some sauce for ya...
NIXON FALLS OF THE WEEK:  Due to Jax's "observance" of the zex between Millow, Nina decided to high tail it out of Nixon Falls and head on back to Port Charles. She gets a big ol' meet and greet with Wiley and...decides to spill everything to him. Things Like: Sonny is alive. Like: Carly was mean to her. Like: She's fallen for his Grandpa.  She told this to the same kid that squealed on her about Nelle. WHAT. The HELL. Okay, so.. Wiley will be around gabbing (off camera naturally) about "Dead Grandpa Sonny".  Giving Carly even more ammo. Great. Can't wait. 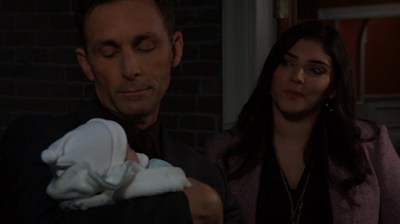 Nous sommes condamnes ...(it's French, look it up)
BONDING OF THE WEEK: Aw, Brook Lynn and Val are bonding as a little family over baby Bailey Lois! BUT! WHAT? Oh, that's right..she's Maxie's kid!! So, they'll all fall in wub and... boom. Eventually Maxie will find out Peter's dead (probably right before the Brook/Val wedding) and.. claim her. Does this sound a bit like Britt and Rocco? Hmmm.... Well, at least the mama in this switch knows it's a switch. 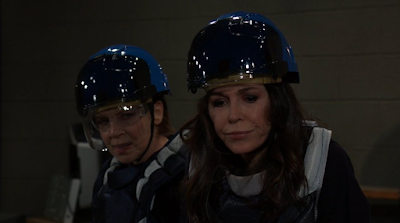 I smashed zat like it was Petah's heads!
SCENES OF THE WEEK:  Lesil and Anna totally getting into crushing things at a 'smash house'. They talked over Faison and Dr. O helped her find "the old Anna". Great Frenimies. Like someone said on Twitter: Vicki and Dorian vibes. 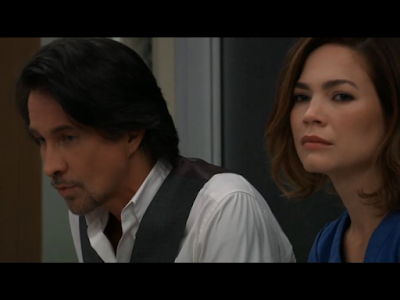 WEEK IN A WUBSHELL:
Finn tried and failed to find the correct antidote for Chase
Anna thinks she can find Peter alive and get the cure
Chase asks Willow to marry him, she accepts
Jax blackmails Michael into letting Nina see Wiley because he saw him having sex with Willow
Ava gets more scary letters, Dante thinks they are targeting Nikolas
Sonny loves Nina, gives her spaghetti sauce as a parting gift
Nina rushes to Port Charles to tell Wiley all about her adventure in Nixon Falls
Carly's some pissed
Dr. O helps Anna get her groove back on
Val and Brook are falling in love with Maxie's baby; and maybe each other?
Everyone vows to find Baby Louise ... but Maxie knows they can't
Stella tells Portia to cool it with Curtis 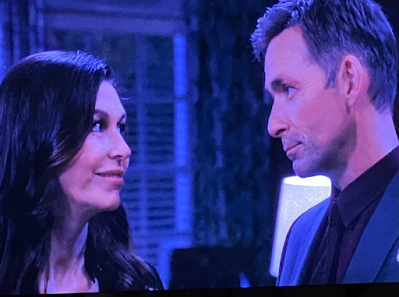 WUBS FAVES OF THE WEEK: Valentin and Anna talking about Uri, Chases' ever changing lip color,  Finn's chemistry board and ...and the smash-em-up. 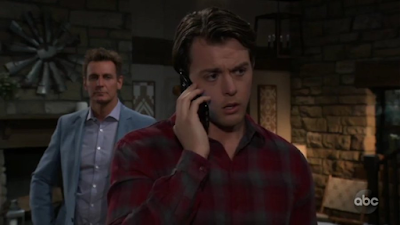 WUBS NOT FAVES OF THE WEEK:  WHY would Nina tell Wiley all of that? I know Sonny has to come back somehow but why make her look looney-tunes?  Anything Chase/Willow/Michael. Don't like 2 of the characters. I'm bored. We know Chase isn't going to die so..?  And then there's CARLY. Carly who's not content to run the entire eastern-seaboard of the mob. NOPE she still has to stick her shrill face into the Nina situation.  Just when I think I can tolerate her-- she just reverts back to a tiny raging ball of snarl. 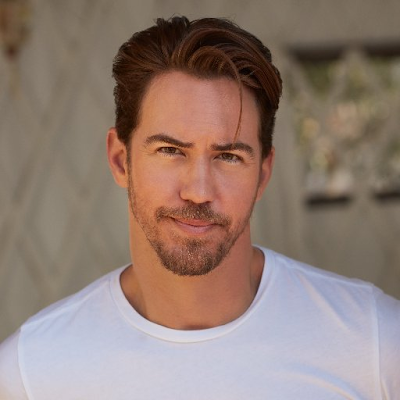 NEWS OF THE WEEK: Ok, so a number of sites are saying Wes is out as Peter August. I do read that as "out as Peter August". Will he be a twin or something? All I know is that Frank loves the guy. His GF is a big player. Hmmm, time will tell. 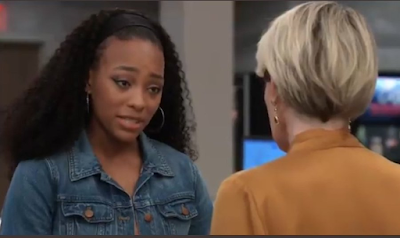 SCOOPS FOR NEXT WEEK:   Molly and TJ are in danger,  New GH Board CEO shows up,  Maxie shows up at the Qs to see Louise and Trina's grad party is to be held at Curtis' Club.
THAT'S a wrap. If I missed things, I'm sorry. This was what I got out of the show this week. HOPEFULLY I'll be around more because preschool is done and my kids move to earlier schedules.
By kdmask - June 13, 2021
Email ThisBlogThis!Share to TwitterShare to FacebookShare to Pinterest