Geesh. Good Lord..this morning was a whirlwind!! WOWZa!! It was crazy-- Guza OUT! Guza IN! We were so happy he might be out. LMAO.... #Guza was trending.

So, for now, we still have the same head writer. I think that maybe ABC could use a heads up that we fans were dancing in the twitter aisles!! 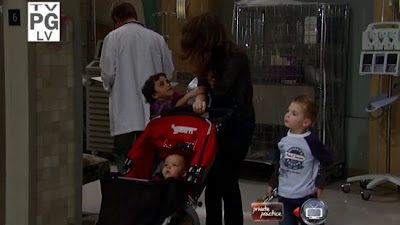 Yesterday:  Cam.."I want Pizza"!! and there's poor Jake's almost last scene...wahhhhhhh. Poor kid. Poor us. Dang. I think it will be a great story but I wish it wasn't him. I wish there would be a transplant story with a kid we don't know, it still could have been powerful.

GENERAL HOSPITAL:
Well... today was sad, eh? Everyone all over the road..Jake's motorcycle laying there on it's side. If this plays out and the person that hit Jake never knew it-- come on. How did they not even get a 'thud' on the car? LOL..really. Please. 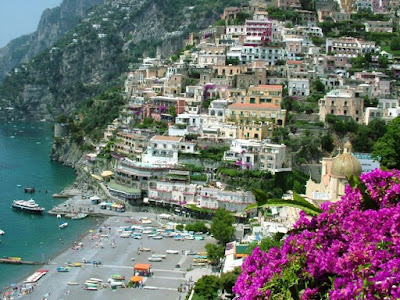 Sonny and Brenda are going to Positano Italy (See above, I googled it!) ...if that dang baby is there, I'll die. LOL.

I wish Liz would have called Lucky then Jason... it seems like she should have. Everyone was all tearing up!! SNIFF...JJ and Becky and Steve!! Eeeeeeeeee! Chad and Steve look so much alike! Wow. Did Robin know Jake was Jasons?? Why wouldn't Steve let Jason see Liz? Weird. That's not nice to Liason fans, and I usually don't say stuff like that.


WHY DID LUKE LEAVE?? Tracy and Luke--there were rumors that they had an epic story coming. Yep. Anyway, Tracy finds out Jake is a Q! About time. Call Monica. Damn it. I wish they would have shown Tracy more. They'd better have a Tracy/Jason scene.

Joss story--Carly was being remarkably calm/cool. Why did Michael say he was just 'driving by' the hospital?? Why not tell Carly about Jake? I would have.


Ending Montage was a Disney song..sounded like the Mama song from Dumbo, I swear.

OLTL today was so powerful....wow. LOVED it. David walks in on Cutter/Dorian, Bo arrests Clint.... eeeeeeeee Todd's in a coma...Tess rambling all around town. 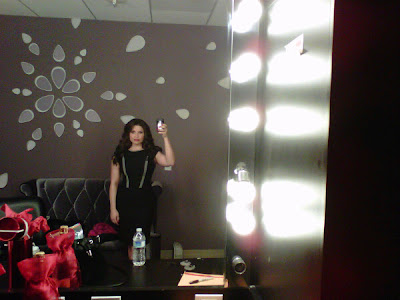 Danielle Tweeted this today, it's her last show pic from her dressing room.

Do you love "The Dish"?? It's on the Style Net and it's totally fun--just like "The Soup"!! Anyway, Style Net is canning it! How stupid is that? Costs nothing to produce-- and plus Danielle Fishel is just great. Anyway, if you are on Facebook and love the show, check out Save The Dish page. Heck, we brought Becky back, we know the force of Daytime fans!!

NOTE: Tonight is the biggest full moon in 18 years. Get the dancing ready!
By kdmask - March 18, 2011
Email ThisBlogThis!Share to TwitterShare to FacebookShare to Pinterest