Happy May!! It's supposed to be sweeps month--but right now GH looks a bit bleak for my taste. I guess watching Michael in jail and Carly on the rampage will have to do for now. Of course, Brooke Lynn will be back (Perfect pawn for Carly) and Helena has a delicious plot ready for Tracy so I think I'll have some stuff to watch!! Find SCOOPS on the Wubsnet!! 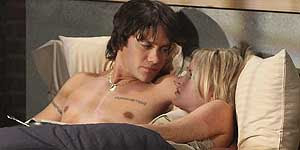 May 5th, check in Lante Fans!
What did you think of the trial? As you know, I was really upset with the whole thing. Come on, there are great ways to do trials. Why make it soooooo outlandish we all sat there and shook our heads? I still think they believe daytime fans just don't care. That's WRONG-O! Ok, I'm done on that point. I'm sure I'll have plenty more to say when Michael goes to Soapy Jail and Jason tries to protect/save him. 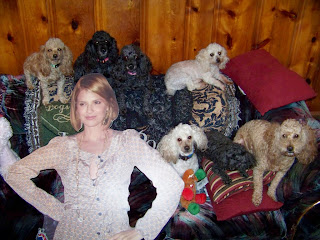 Next up? Flat Megan adventures!! SKate and Megan Ward fans continue their romps with the human sized gal, this time in Missouri. Here she is in a crowd of poodles! Follow her adventures on Facebook. You never know where she'll turn up!

Ted King news! He's expecting a baby and filming with Tyler Christopher in AZ for a new movie. It's called "Shouting Secrets"  and also stars Chaske Spencer, who appears in  “New Moon” and “Eclipse”.

The Genie Francis/Vanessa Marcil rumors keep swirling. I know they've talked with Vanessa, but so far, I've heard they have NOT talked directly to Genie. Interesting? You bet. Maybe they are keeping things so secret not even I know about it. Heh. Last I heard she was headed back to Maine for a bit to get her store stocked up for summer. I would of course, be thrilled if either came back but do think they need to tend to all the other characters they have brought in first. If they don't get the Skye story rolling soon, it's a snoozer. Dr. Matt is a joke, and even Keifer's parents are on and off so much it's hard to develop ANY feelings for them. We know Valentin is on hold until whenever. What a mess that turned out to be. All for a James Franco stunt that was supposed to be tied up this month but was dropped. Ah, the writing holes at GH. You can drive a Mac Truck through 'em.

How CUTE are these? A wubber is making their mark on the "Ducky Gram" biz! Check them out over on Ducky Gram. I want a line of GH Ducks. Black T-shirts for the "Jason" duck and a bow tie/computer for Spinelli!

I really hope you caught Chrissie Fit's Subpranos "GLEE Audition" Special on You Tube this week. It's hysterical. Another gem of an actress we never see on GH anyomre!
By kdmask - May 02, 2010
Email ThisBlogThis!Share to TwitterShare to FacebookShare to Pinterest
Labels: chrissiefit, meganward, spoilers 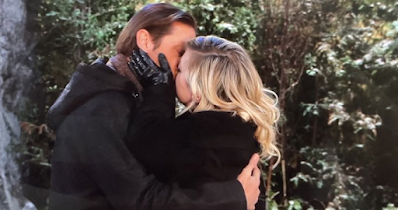