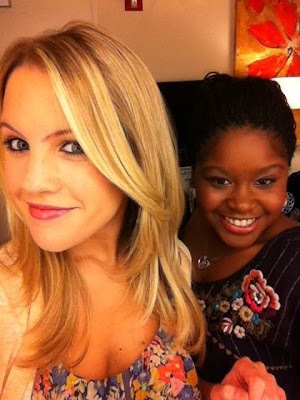 Is this the cutest pic or what!!? Kirsten tweeted it yesterday. I love it!
Bye Girlies... sniff.
OLTL: Awesome that they are following through with the Bullying story. Showing Blair's POV is a great idea as well. There's always 2 stories and two families hurt in very different ways. Jack needs a cattle-prod. Some bullies are just sociopathic idiots, that's Jack. Kassie DePiava is doing so well too. It has to be so painful to find out it's your kid that's the bully. She's playing it well.

I started this blog before the "Big Announcement" of the cancellations. It was very hard to watch GH today because I was just too shocked. Even though we knew it might be coming, it is still hard to hear. Many of the cast of AMC tweeted and they didn't know even before the press did!! Can you imagine? Susan Lucci was out there doing her book tour, smiling, saying out great it all is an AMC was staying on the air.

People were saying put them on Soapnet. I don't think some realize that channel is gone in 2012 as well. That channel will become  "Disney Junior".

Lisa LoCicero said on Twitter she and hubs were eating at the studio and they saw all the AMC cast filing by. She thought it was a fan event. Nope. They were getting the news. I heard when a follower tweeted their local affiliate broke the news.
We need to send Agnes Nixon a thank you/sympathy card as both of her babies are going off air. By the way, one is slated to exit in Sept (AMC) , one in January (OLTL). AMC is done taping in August and OLTL in November.


This is just so hard. Watching GH today was very difficult because I couldn't focus. Jane Elliot was great in her scene with Luke. The rest? eh...whatever. I love GH as a "show" but I really REALLY hope the direction changes.

****I WILL BE LIVE TWEETING the DR. Drew show/9pm est Headline News because Maurice will be on discussing bipolar disorder. Come join! @wubsnet @drdrew @mauricebenardMB
By kdmask - April 14, 2011
Email ThisBlogThis!Share to TwitterShare to FacebookShare to Pinterest 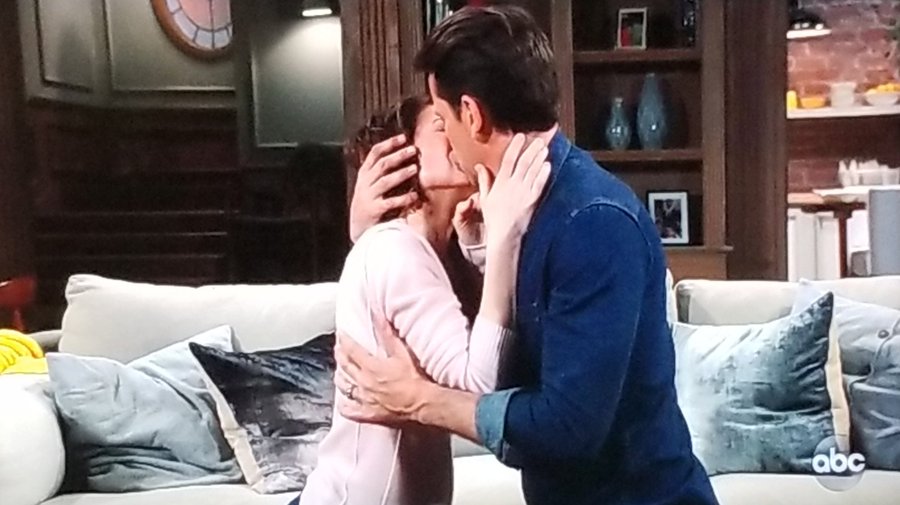