Scott and Laura were Married 34 years ago today..

AND I FEEL OLLLLD. lol I so remember it. I was like "Laura's not too young to marry Scotty! Let them get married"!!

BBQ Baby makes THE SOUP!! They even posted it on FB early because they said it was so ridiculous. Hahahaa.
OH YESsssssssssss. I totally knew it would. The Soup is on tonight, so catch it on E! News. 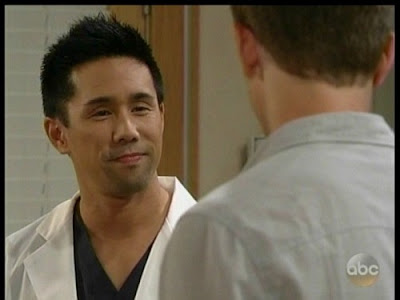 Brad reminds me of:

Laura is ON!! She looks good. She's totally pissed Nikolas is investing. heh.

Brad is so gross.
Naughty line of the day:
I held up MY END..now it's time to HOLD UP YOURS! Oooooooooooooooooooooo Brad stares at Michael's butt .
Michael got dirt on Brad when he listened into his convo with Britch so he's double black-mailing.

Silas is SO 'HOUSE' ...he needs Vicodin.   This story of he and Ava is capturing me. A lotta passion there. I like it.  Which is why I watch soaps.  LOL

Britch went IN ON Sabby! ahahha..and she runs into Nikolas! She's SUCH A CASSADINE wannabe. It would be so cool..Hells would love her.


By kdmask - July 10, 2013
Email ThisBlogThis!Share to TwitterShare to FacebookShare to Pinterest