Sunday Surgery: My Mama is a Moll


This week was especially tough for me because although I mostly had the time to watch, I'd usually turn off the show at it's midpoint. Something no one who's writing a blog and recapping should do. Alas, I did --because I simply had other things I would rather be doing. Having people take an hour out of their afternoons anymore requires a hell of a lot more than well, what I'm seeing lately. Thursday's show was a good one so I'll be happy with that.

And, since I visited Niagara Falls Canada yesterday, we are all having Tim Horton's coffee and breakfast sammies. Enjoy! 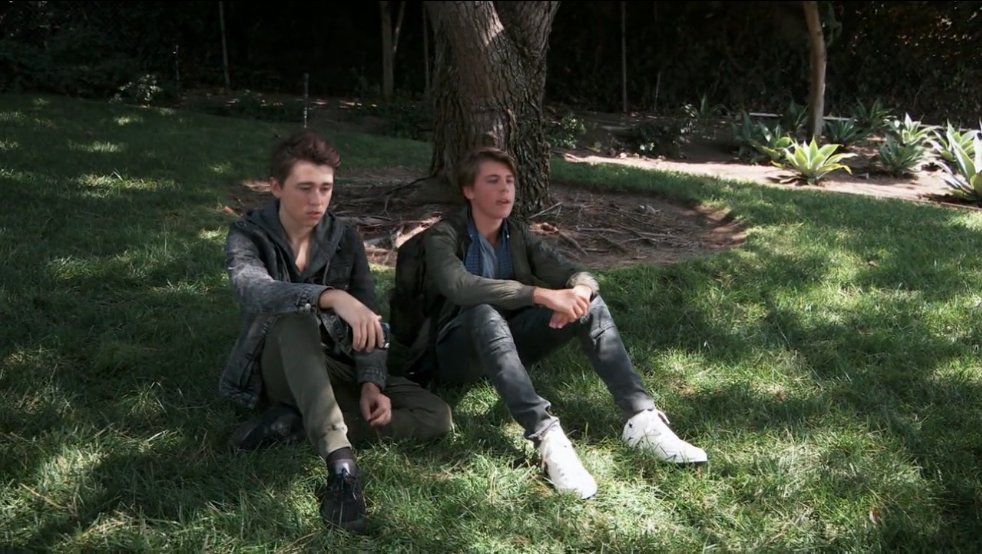 Oscar's story should be frenetic with a tension of time slipping slowly away.  It's not there. Not at all. Unfortunately, GH has centered on hiring newbies to be a part of larger stories that just bloom and ...never flower (gee look at me with the metaphors!). Oscar's story should be front and center, with way more hospital and way less walks in the park.  Because there aren't a lot of fringe characters, Cam, Oscar and Josslyn are just three kids with basically no one to talk to but themselves. School is a corner in the library. There are no 'bad influences' hanging in the park, ready to pounce on Oscar vulnerable state.  Spencer arrives from Paris and although I love NB, we all know he's not staying. There's just no 'meat' to this. Watching Drew mope around, talking to people in town is like watching Kim mope around talking to people in town. My favorite part was Monica's inclusion. Her reading Oscar's chart and then Jason walking in for a chat was great. 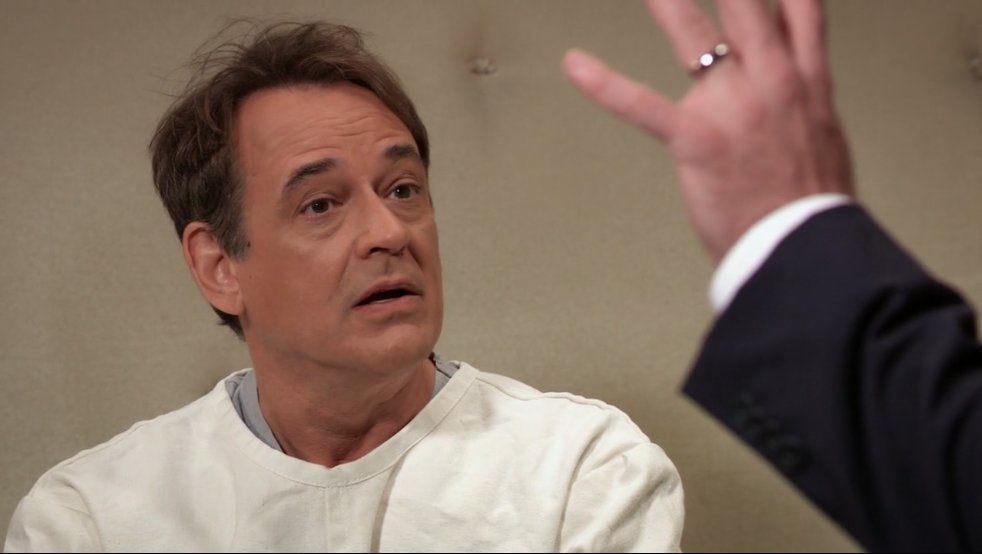 Kevin/Ryan: For me, way too little Ryan. He needs to be giving therapy on the daily, skulking around town and doing weird experiments in the GH morgue. I also think this should have been written in a way that at the end, there never WAS a "Ryan"... Kevin had slowly taken over his persona after many years. Faison's death and his brain mapping triggered the dual split. We would have known until the very end though. These scenes could have been done, unfortunately, the aid interacted with "Kevin" and Carly heard the SOS. Beautiful Mind-Fight Club #GH Style 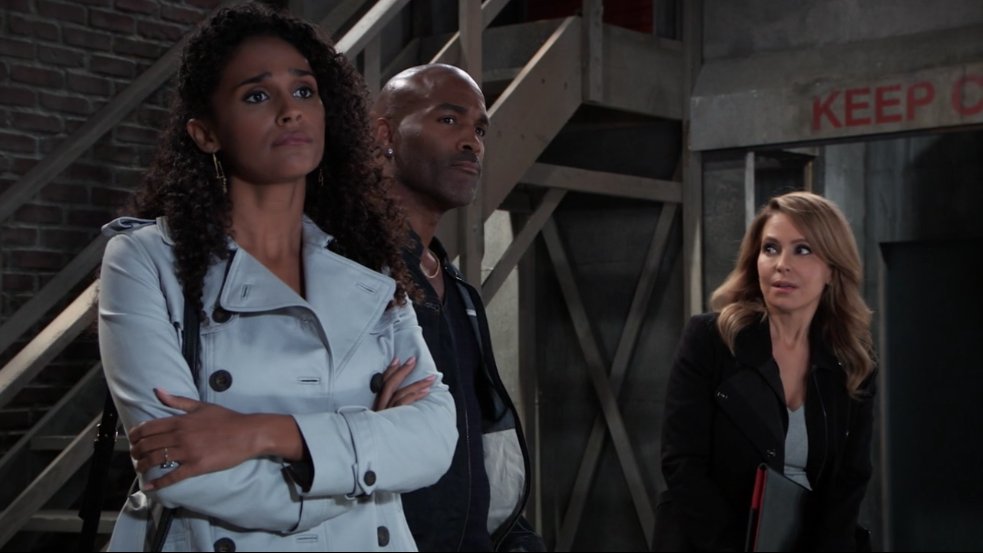 Curtis/Jordan Situation; Well, all I have to say for this is thank god TJ was on for 2 seconds. We all know he should be at GH, doing the intern thing and living with Molly in a duplex while Kiki, Nurse Amy and that other Nurse chick are next door. 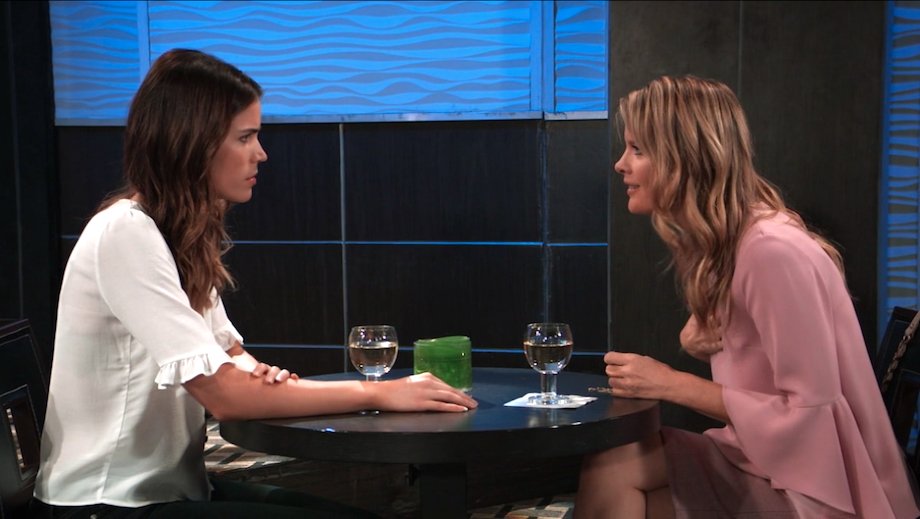 Nina's daughter: Yeah... I got nothin'.  Why did this happen? Seriously. It's just so...unnecessary. There, that's what I wanted to say. 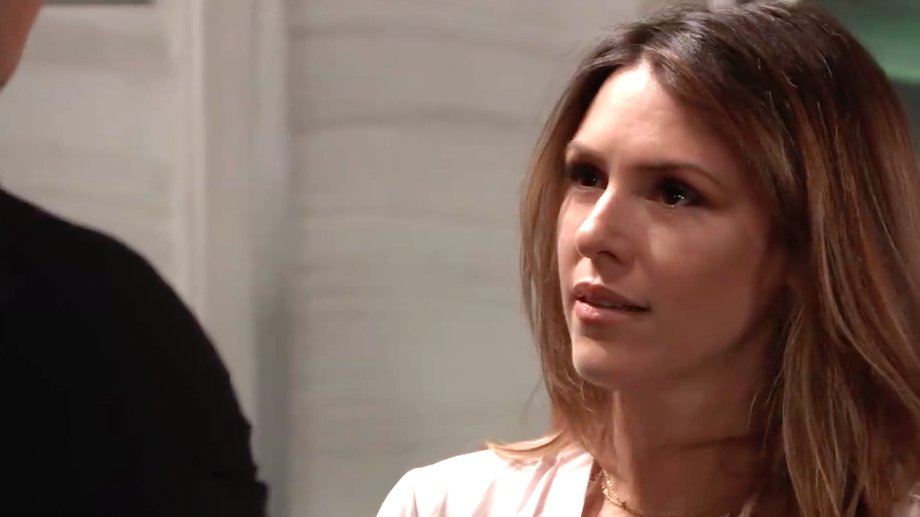 Well...the turned out.. rather badly for DA lady! Only... right at the end on Friday, a glimmer of hope. See, Sam found out that her dad had an affair with Scully-- which is good in itself--but also, so many people are wondering: is SHE SCULLY'S DAUGHTER? Oh you bet she probably is!!
PS. This means Sonny killed a guy because Scully was JELLY of another man.  So noble. 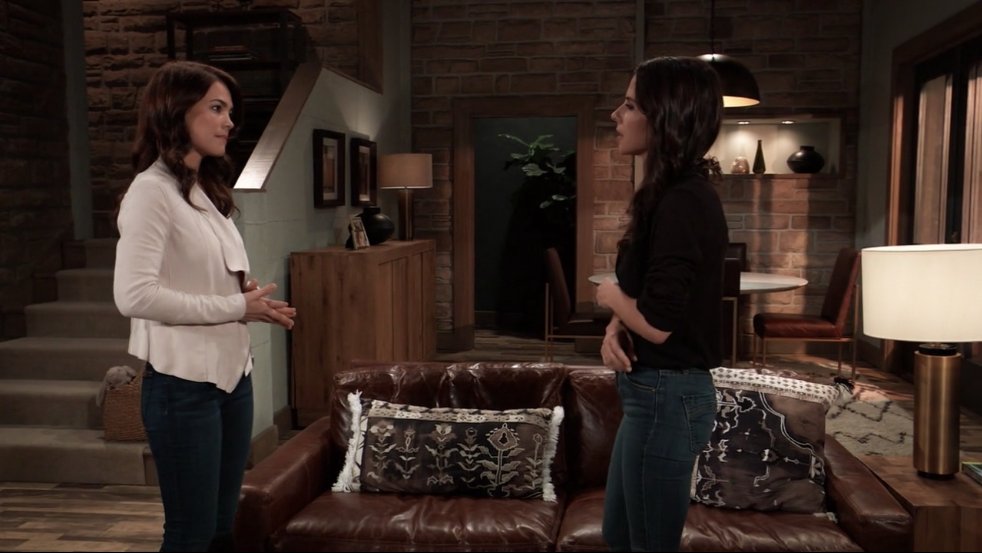 Elizabeth, why are you here?
Well, I think I'm supposed to bitch at you about being with Jason..
Really? Seriously?
Apparently I  care about Drew's feelings...
Really? Seriously?
Either that or the writers just wanted to remind people we sorta hate each other underneath
Well, that makes more sense! 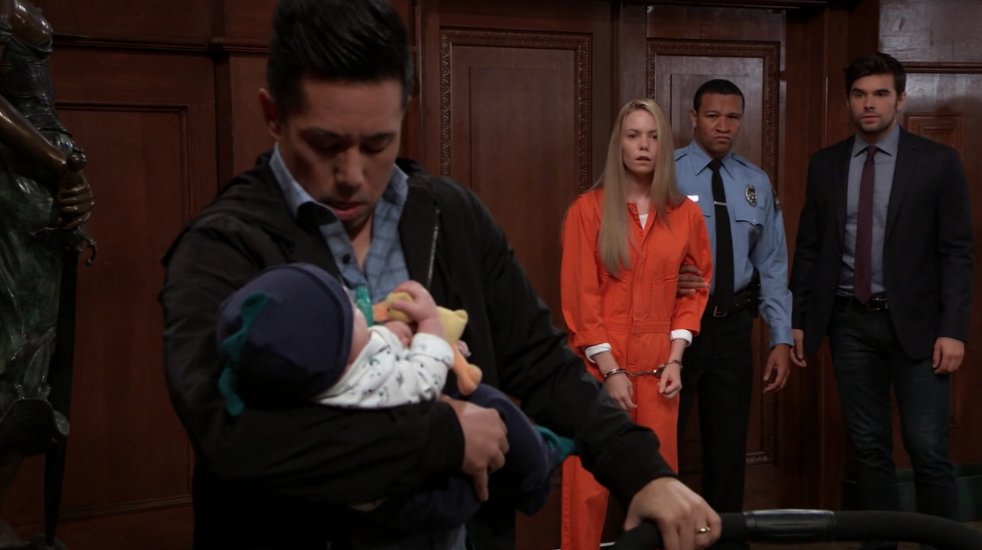 Damn it, did they see us? Can I throw you in the diaper bag and run?? 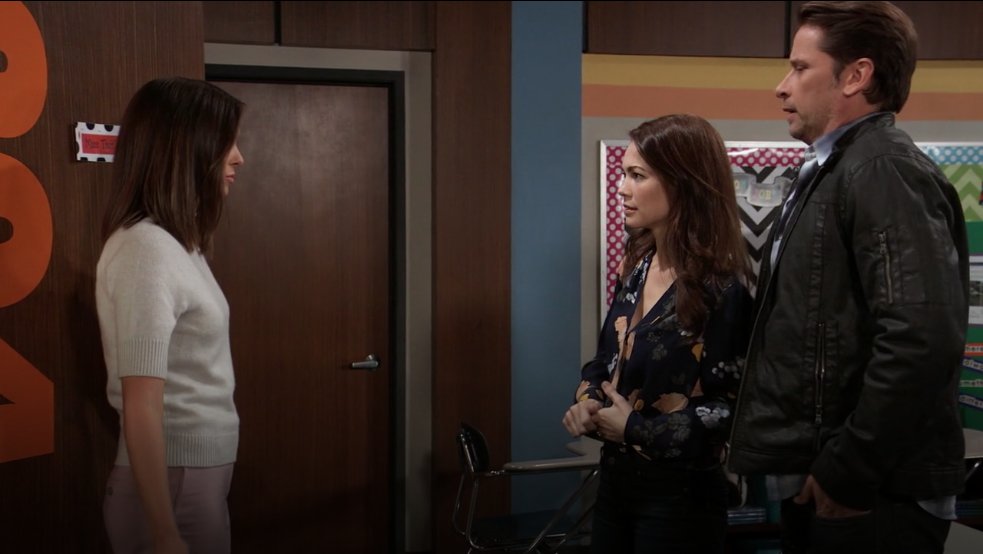 Aiden Follow up: Ok, kudos for the school meeting.  Most of it rang true "Well, he never does that at home" is something that happens a lot.  It's also true that Franco is new in the house. Liz has three kids and works. Parents sometimes don't realize how hectic their schedules really are.  It's curious however that NO ONE brought up bullying?? Really?? Hmmmm, see they could have had an older teacher that "senses these things" or ... noticed him being picked on for something. But you had a young teacher who's advice was to 'watch him at home". Ok, thanks! Not even asking about the school counselor seeing him? 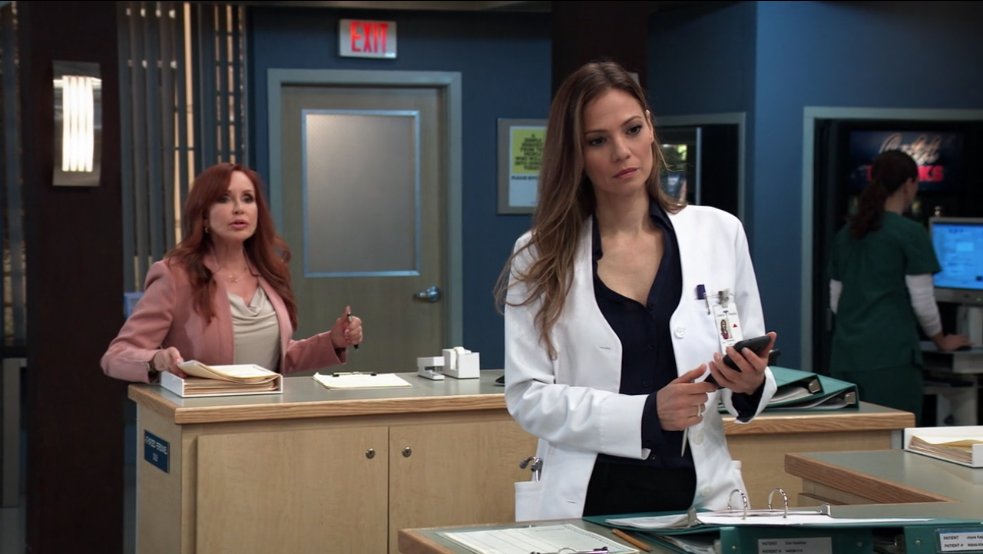 DEJA WHO?? OF THE WEEK:  Welp, looks like Bobbie and Carly The Second!
*via @SoapJenn on Twitter 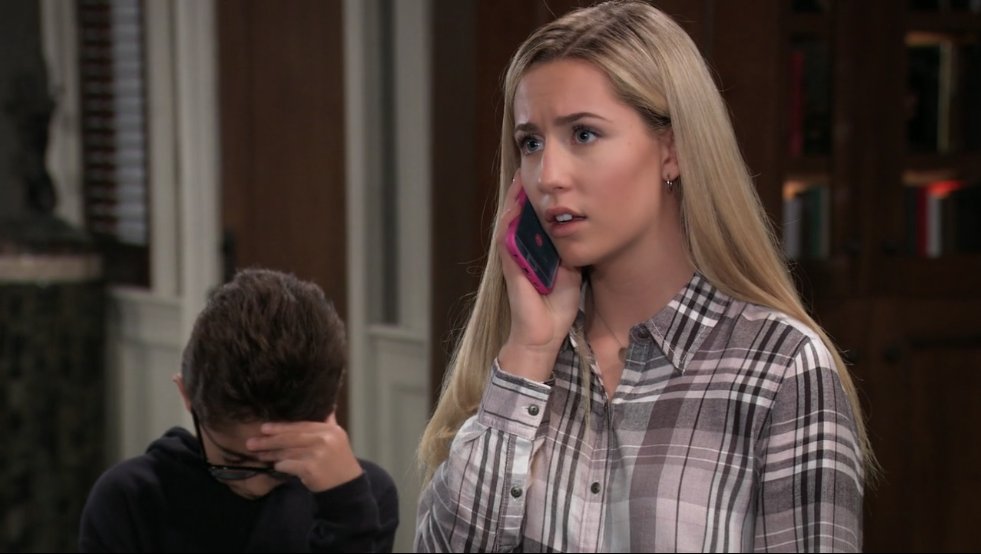 DEJA WHO?? TWO OF THE WEEK:  Spencer and Joss-- and they did acknowledge their sudden differences!!  They are only 2 years apart in life--Eden's just tall and NB just..diminutive. 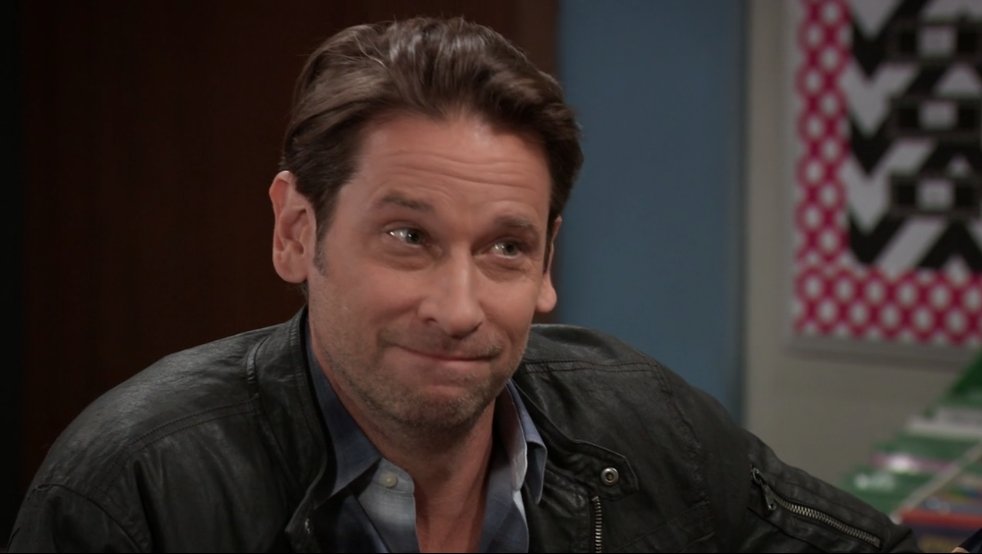 FACE OF THE WEEK: Just because I love RoHo..sorry a bit of self indulgence there 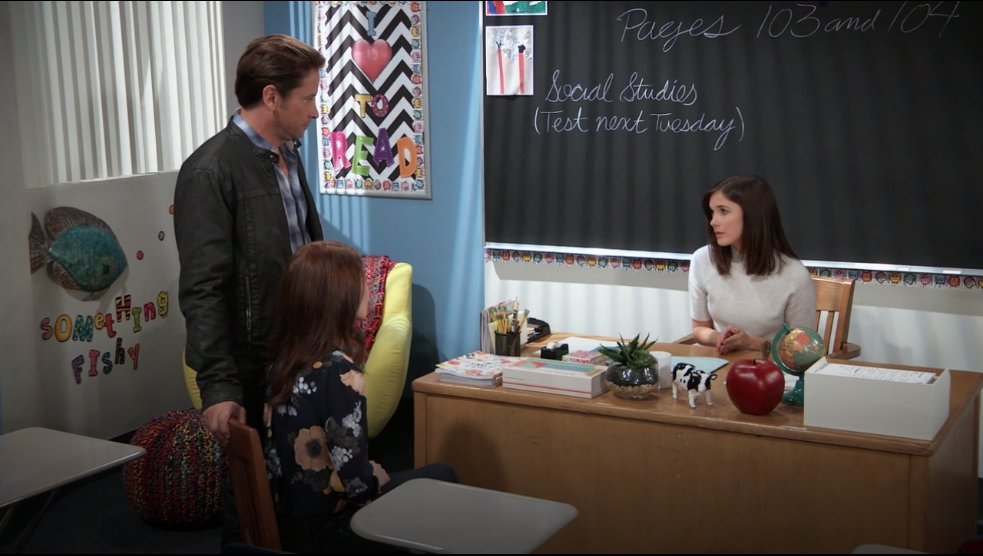 PROP OF THE WEEK: That apple on her desk. I have one!! Yep--it's huge and I got it at TJMaxx years ago. I take it in during Apple Week at preschools!! 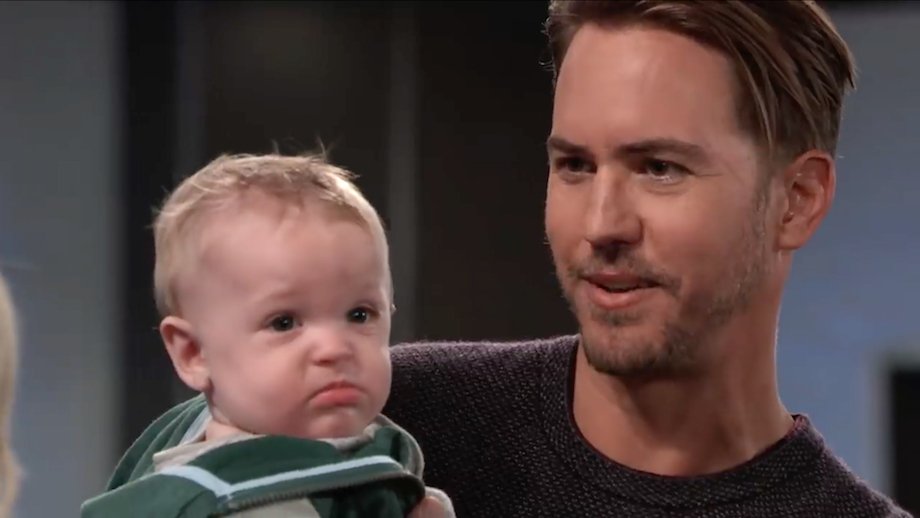 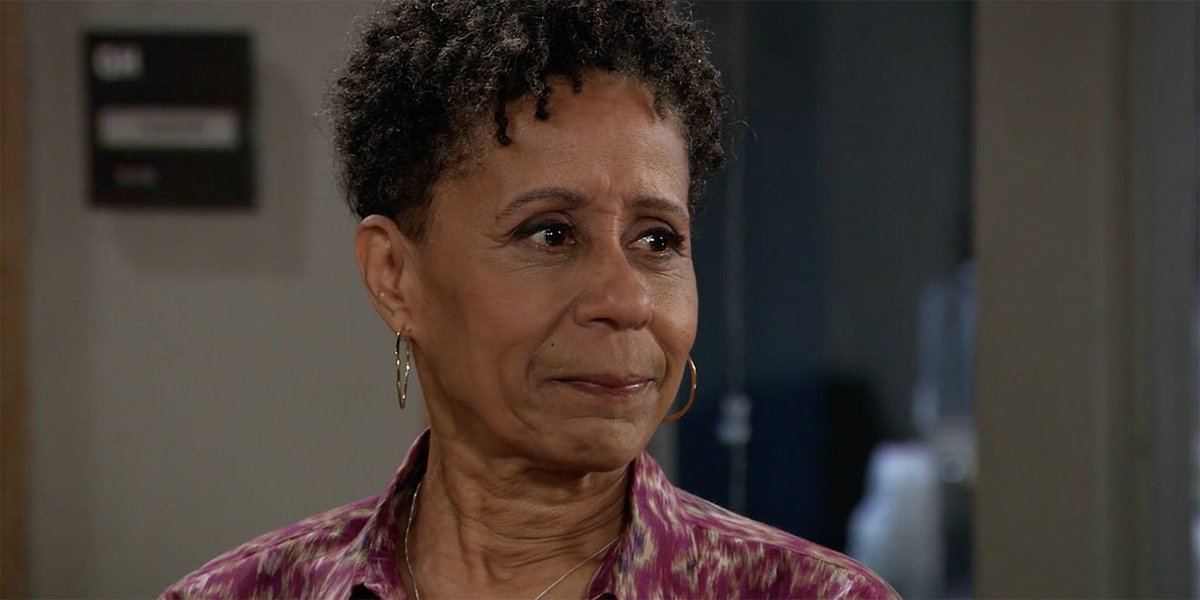 SCENE OF THE WEEK: Stella and Michael. I just liked it. I like her character and he was very natural.

**Nelle's going off to jail for a long time, still hasn't spilled about baby Jonah yet
**Jordan and Curtis will marry Nov 22nd (ish) on the Haunted Star. TJ wants Auntie there
**Maxie has much better chem with Michael than Peter, meaning we'll get Peter
**Oscar wants to divorce his parents and direct his own care via Alexis
**JaSam are still horny, yet taking cold showers
**Joss is faking a romance with Cam--Cam is all to happy to oblige
**Laura saw Charlotte. She's too young for dolls...but likes French books
**Kevin's still in Ferncliff.  Ryan's still not.
**Nina's daughter talked to her after Valentin 'gushed" about Nina. :eyeroll:
**Something's wrong with Aiden..school notices it too, but... we have to wait.
**Drew said no to his memories because he'd forget the last five years
**MarGO's mama had an affair with the guy that killed her daddy--or who she THOUGHT         was her daddy...we don't know yet.  Still doesn't absolve Sonny of murdering the guy though,     she IS law enforcement. They don't just say: well, That's FINE!! 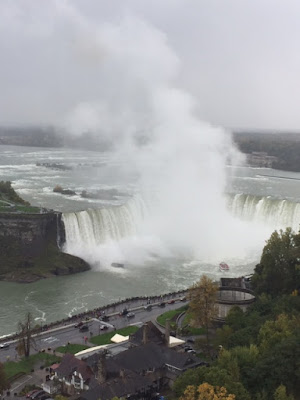 On a personal note, I went to Niagara Falls yesterday and ate in the Skylon revolving restaurant. So beautiful. I've been lucky because we love so close, I've probably been there over 20 times in all seasons. (Even saw it frozen and dry once when they dammed it up!). I forget it's a Wonder of the World!! Truly lucky.


By kdmask - October 21, 2018
Email ThisBlogThis!Share to TwitterShare to FacebookShare to Pinterest 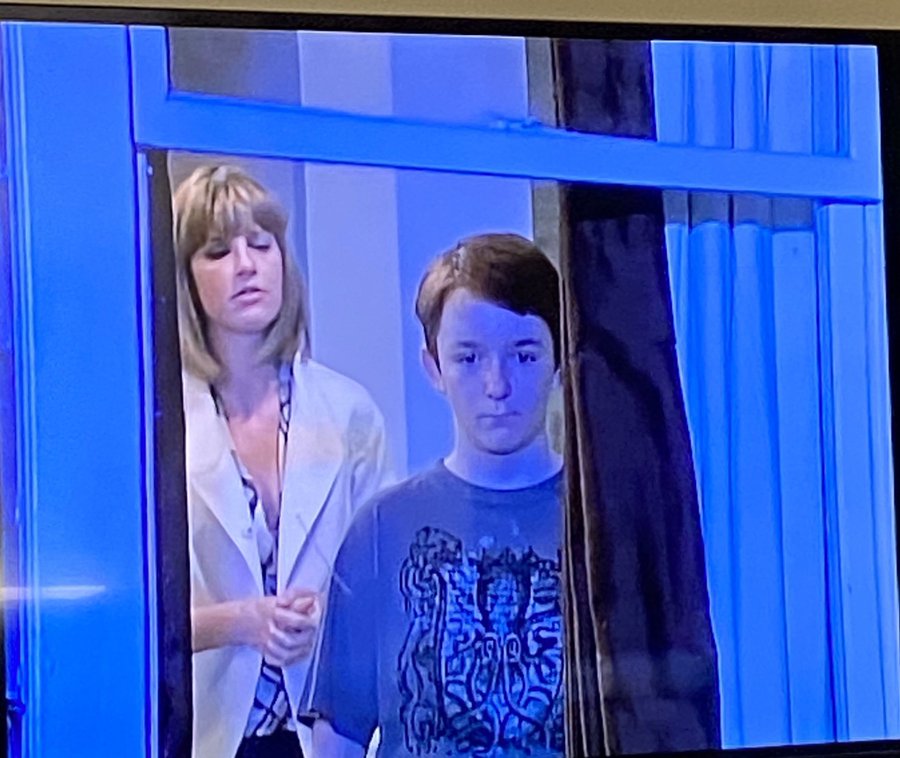