Most of you know, that there were 2 spinoffs of GH once upon a time. Although they were similar in some nature, they were also very stand alone. Let's compare and contrast. 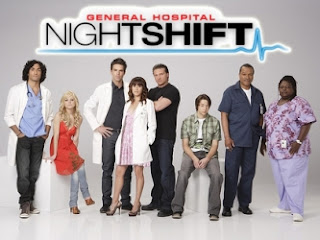 Night Shift was aired in prime time, with a total of 27 episodes over 2 seasons. It was aired on SoapNet and was Soapnet's first original programming. Many of the characters and actors crossed over from GH. Unlike GH, each storyline was finished at the end of the hour and not carried over to another episode so that it would be understandable to viewers who did not watch GH. Although, in all honesty, I cannot really imagine someone watching this show without watching GH. The show was supposed to deal with the relationships and the friendships among the staff on the Night Shift. 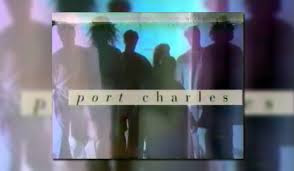 Port Charles aired in 1997 as a half-hour show airing on ABC and ended in 2003. It started out as a show about the interns on General Hospital, but fast turned the storylines to the supernatural. Most notably, vampires. Each 13-episode arc was a "book" and was given a name for the arc. The amount of crossovers from the parent show was limited. There were many new characters, and as it turned out, some of the actors made there way on to the parent show. (Michael Easton and Kelly Monaco)


Of course Karen and I decided to jump into the foray

and give our opinions for potential spinoffs. 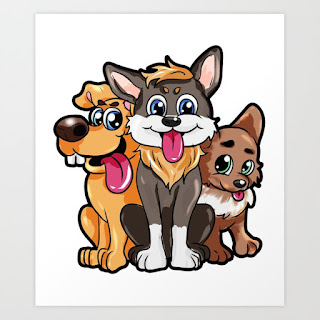 Annabelle and Foster would be an animated 30-minute show which would chronicle the daily shenanigans of our beloved canines. Mostly, they would be doggie detectives, trying to solve the crimes that happen throughout Port Charles. Along for the ride would be Daisy, Jake's dog and also Sigmund, Lucy's duck. Humans would be present, for example, Lucky would be in some episodes, but at the age at which he first acquired Foster. And humans would only be seen from the waist down, no faces (kinda like Muppet Babies) 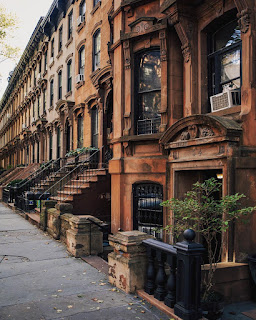 That's right!! Bobbie would reopen the Brownstone she had so many years ago. Who would be featured tenants? Felix for one. We'd follow his Tinder dates and adventures as ER Trauma Nurse. Molly and TJ would move in as newlyweds, all excited for their lives to begin. Will there be trouble with the new nurse,  Emersyn who notices TJ in the hallway and can't get over how great he is?  Amy would also have a room and her brother Chet would visit frequently Bobbie would dispense advice, have her own romances and angst. Big emphasis on resident doctors, nurses and the odd hours they keep. Plenty of shower scenes.

So, did you watch either or both? What are your memories of them? If you could take any characters now and create a spinoff, who would it be?
By delcodave - October 31, 2019
Email ThisBlogThis!Share to TwitterShare to FacebookShare to Pinterest