HELLO Everyone! Weird week or what? Besides national news exploding, we only had 2 episodes of GH. We were supposed to see them Monday and Friday but a rainout caused Friday's to move to Thursday,  messing everyone up!  Don't worry, I watched both shows so you'll be all caught up. 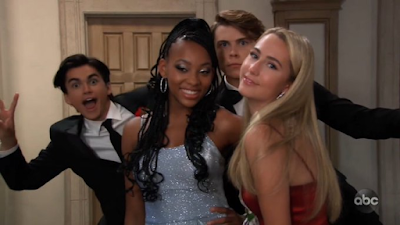 This week saw some movement, especially with the teens and some good old-fashioned photo sessions. There were parents in the house and they were all civil to each other and had good convos. Portia and Liz talking about Britt and the hospital, Carly and Nina talking about her invisible kid. Hell, even Sonny and Jax were decent! There was a bit of Brando and Dev going on which, kill me now, I thought was done well. You know I want these kids to have a big edge happening but with Disney in the mix, I don't think I can hope for much. Maybe they'll say the word "weed" one day. The only other prediction I might have? Trina falls for pain killers because of her angst over her Dad's death. That would tie into the whole drug story. BUT-- not sure that will happen. Dr. O is back and a Ryan Chamberlain mention? Wubsy was GIDDY!! 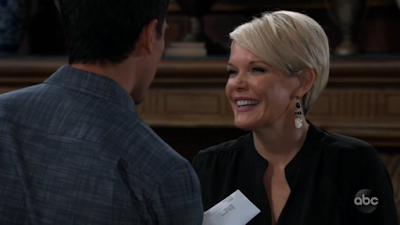 BILL OF THE WEEK: You spent HOW Much on bedding? LOL..Did you see Ava's face when he opened it. She wasn't sure what the hell was in that envelope!  And anyone here remember Jessica Simpson and Nick fighting over the sheets she bought? Took me right back to the '2000s with that one.  Plus, they almost kissed again. Squee!! DRINK OF THE WEEK: Damn, Alexis--when you drink, you drink. She hid it in a highball that looked like water. She did run into the Juke box at the end tho. She and Ned had the best talk about Sonny, Brenda....Jax.. and themselves. All the right things for nostalgia trips. "Gatekeepers" was even said out loud. If you're a Nexis fan, it was glorious. I actually love Ned and Oliva BUT.. I can get on board with a little Nexis action. Why not?  I'm interested to see where this goes. If it keeps Wally and Lisa out front plus gives NLG some great material? YES PLEASE. 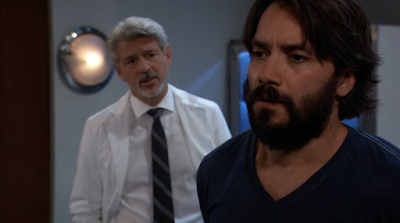 WUBSY LOST HER ISH OF THE WEEK: Well, well, well...look who Dante's Doctor is talking to!! Squee! It's our own DR. O!! :dancing: Singing!! And she wants Peter GONE; that's Dante's target!!  Obviously I couldn't find a pic, so feast your eyes on Dante. 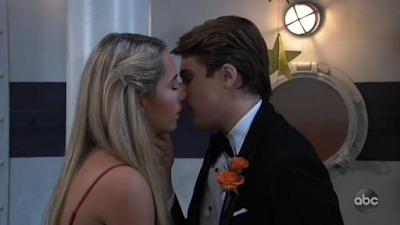 KISS OF THE WEEK: Boy, sure didn't look like a COVID KISS! 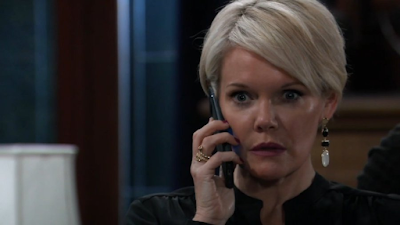 FACE OF THE WEEK: When you get a call from your serial killer stalker that has big stuff to blackmail your brother with. Gulp. 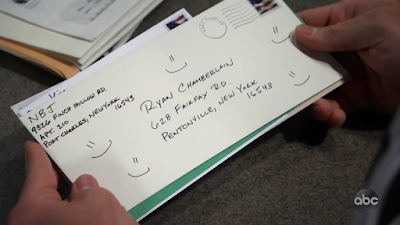 PROP OF THE WEEK: Nelle's letter to Ryan. The smiley faces? GENIUS

Alexis drank two giant vodkas she and Ned are sharing a car home...or to one home or??

Dev likes Joss, Cam and Joss kiss and Trina is sad about her Dad

Nelle was found ON THE PENNSYLVANIA SIDE OF THE RIVER (still)

Martin got mugged and Julian took the envelope that Nelle gave him.

NEWS and SCOOPS:  No real news popping up that I've seen. There is a petition to bring back the character of Neil going around but it was the actor's choice to leave so..not sure where that's going.

Next week on GH: Mike's memorial, Willow says yes to the adoption of Wiley,, Gladys is back  and more! Check out Daytime Diagnosis for all the spoilers.

That's it! I'm a happy camper. So much is happening that I want to happen: Dr. O is back, Ryan Chamberlain is on the phone to Ava, Ava and Nik are hot hot hot--the hospital intrique is moving forward and Ned and Alexis are bringing all the feels. Gah. Thank you GH because I sure need a distraction!

By kdmask - October 04, 2020
Email ThisBlogThis!Share to TwitterShare to FacebookShare to Pinterest