Hello! Well, HAPPY FATHER'S day!! We know on GH there is ALWAYS a question of WHO'S THE DADDY??!!! Wonder who will be the next to get PG on the show?? Sam??  We'll know if she's with child soon enough. I know but I can't tell. I'm under a Guza-Gag order. And yes, he's still around. Sulking. heh. 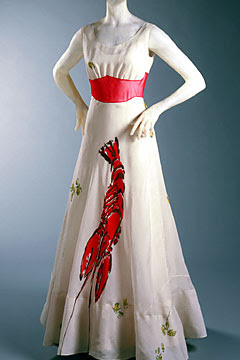 Tonight --DAYTIME EMMY AWARDS!! We have the following actors from GH vying for them: Laura Wright, Nancy Lee Grahn, Jonathan Jackson, Jason Thompson, Maurice Benard and Lexi Ainsworth. Now, out of those Alberta Wubs has met Lexi and Nancy so she's pulling for them LOL. I will be wearing a lobster dress (see above) to the festivities..based on the one Wallace Simpson designed. I will be on Twitter @wubsnet tweeting live so join in!!
Emmy Tid Bit:
America's most elite custom dog collar by Zany Zak is chosen as part of the 2011 Daytime Emmy Awards celebrity gift bags...

This week on GH ... I'd like to say I really enjoyed the graduation party stuff --until Sonny acted an ass and the whole Michael punching that kid out. Luke/Lucky scenes were of course powerful an on point. When Luke said he never wanted kids and didn't want to be a father any more and Lucky's hurt face?? OY. The burning of the Spencer house pissed me off. Until Mac got there and I figured if it took burning down a landmark to do it? What the hey. Lisa going nuts at the hospital? Well, at least it was exciting. I Have to say NOT HAVING CARLY there made it even better.. Sorry but she's just over-exposed.
SCENE OF THE WEEK: a little unique because it's more about WHO was in the scene than what happened. I loved Sam/Nikolas getting trapped in the hospital room together. NICE to see they remembered they are related. Of course, Nikolas is leaving now, so the point is moot, but still nice.

If you're keeping track, Guza has now destroyed the Old Webber House AND the Old Spencer House. ERGO, I think he's made his statement, don't you??   But, he's "outta here" (maybe he'll sneak in and write his wife's scripts now and again...?? ;)


SEE who won the "back from the dead" poll by a landslide on the WUBS NET  -- and I'll have new scoops up soon!! Rumor about Brenda's exit story too! Please just click on a google ad and make me smile.


Once more, if you're not watching One Life to Live, give it a go for two days. YOU will LOVE. it. And you'll get to see how their head writer operates, and he's coming to GH as a script guy or co-head writer when OLTL ends!!


PS. if you are watching the Casey Anthony trial, I'm usually on @dkmask on twitter giving my usual 2 cents about everything. 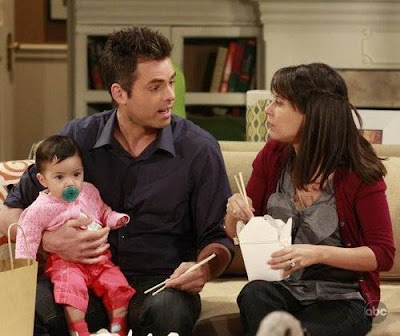 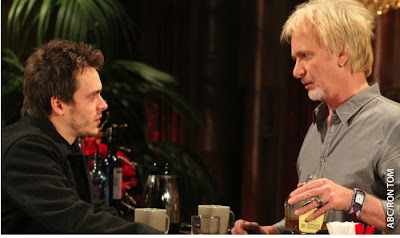 HAPPY FATHER'S DAY TO ALL DADDIES OUT THERE!! 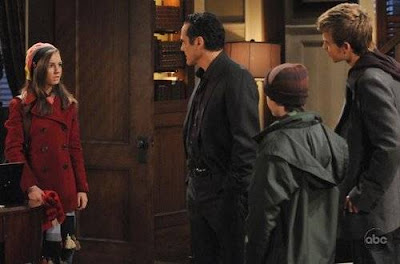 Even the
Honorary Dads.. 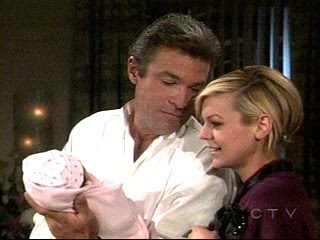 By kdmask - June 19, 2011
Email ThisBlogThis!Share to TwitterShare to FacebookShare to Pinterest
Labels: sundaysurgery 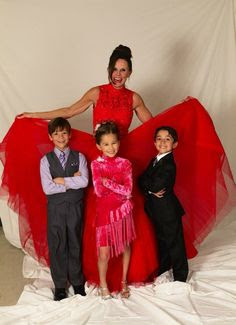