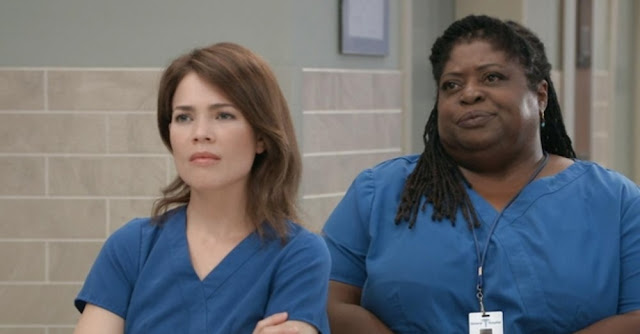 WAIT... are those supposed to be BANGS ???
Well, Friday's show was MY kinda soap!! I loved it. Loved Britt being back and the hospital in total shock!! It was just glorious. Believable in real life? Hell no...but fun for a soap? Damn straight!
I'm so happy I'm going to eat cake!!

Dad... I got us a cut out for the Yankees game! Just you and me sitting in the stands.
MORE GOODBYES OF THE WEEK:  Yes, this 'goodbye' is taking a long time. In a way I'm glad because that's how it is in real life. I'm not sure a soap has shown the real lingering death of someone. Not an older person that is trapped in their own mind? 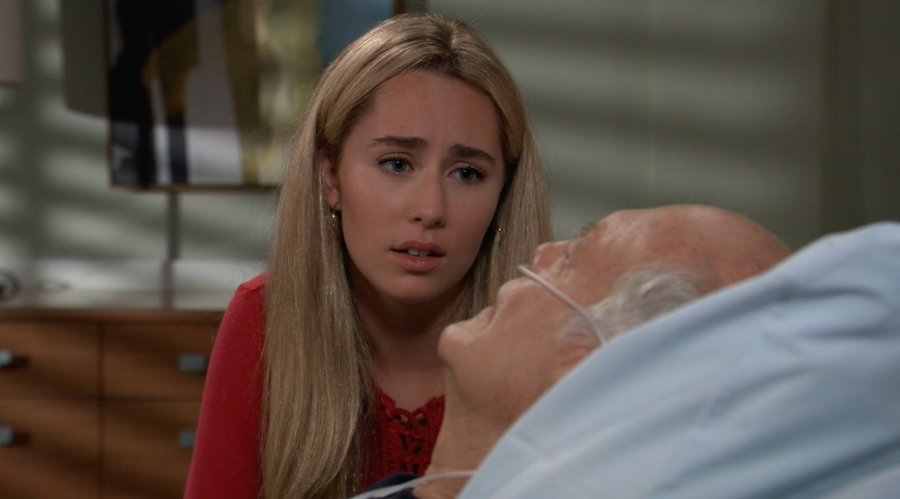 "WHAT IF" OF THE WEEK:  Loved it. It was a bit awkward but I liked seeing Max Gail act like a grandpa again and for Josslyn to say he's been her Papa all these years. Yes, it could have been Kristina but I don't know what or where Lexi is right now. I liked seeing Eden in this part. Sue me.  Fun Fact (Eden posted this)-- the wedding dress she wore was the dress Laura Wright wore on Eden's first day on the set!! How cute is that!? 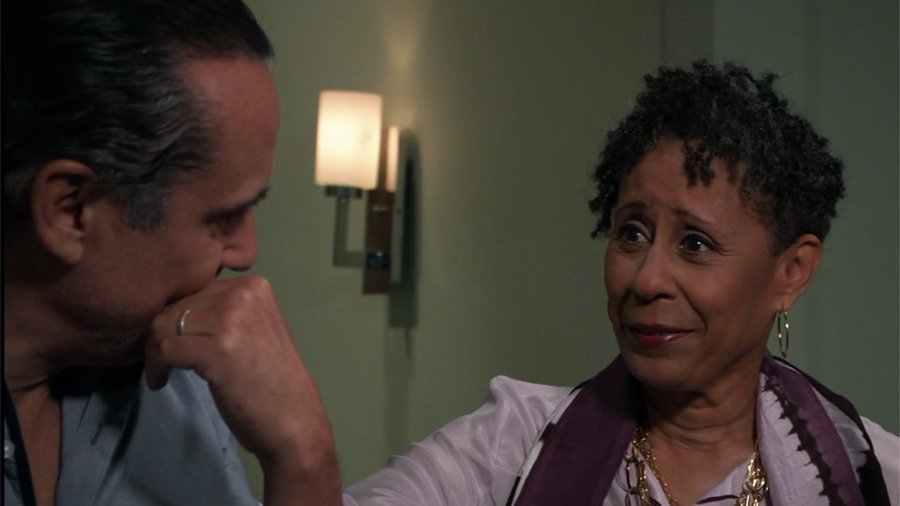 COMFORT OF THE WEEK: I love Stella. That is all. 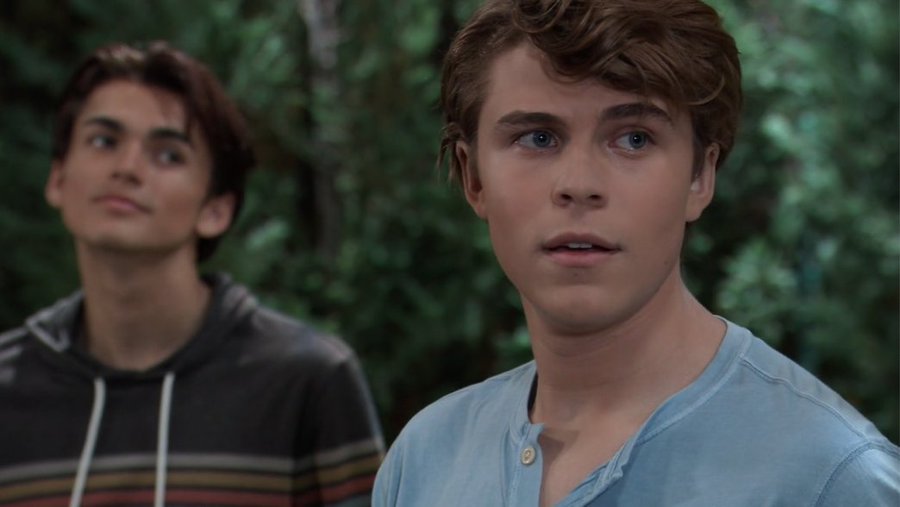 IT MIGHT BE INTERESTING OF THE WEEK:  So, DEV is back. :eyeroll: I was hoping he'd left but no, there he is. Cameron did say something intriguing tho: "You're asexual"!  This could be a good story line as asexuality IS a thing. It might give Dev something interesting to play out. I said MAYBE. He could also be secretly in love with Cam. 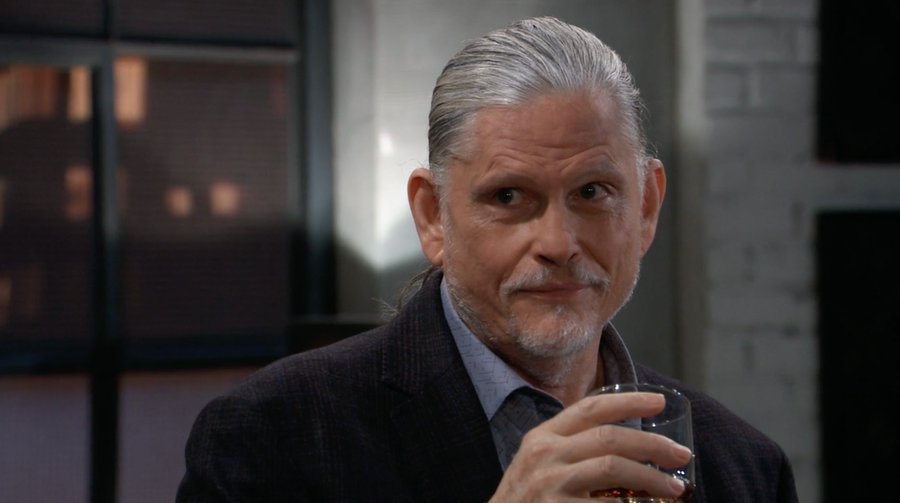 THE GOOD AND BAD OF THE WEEK: Cyrus is just... puzzling to me. One minute I'm bored by him, the next I'm thinking it's what GH needs for a little chaos. I mean, he did fire Bobbie and Monica which is going to lead to delightful things at the hospital. He's also making Jordan do all sorts of dumb stuff so I'm hopeful she'll be killed off soon (yes, I said it). Jury is still out on him. 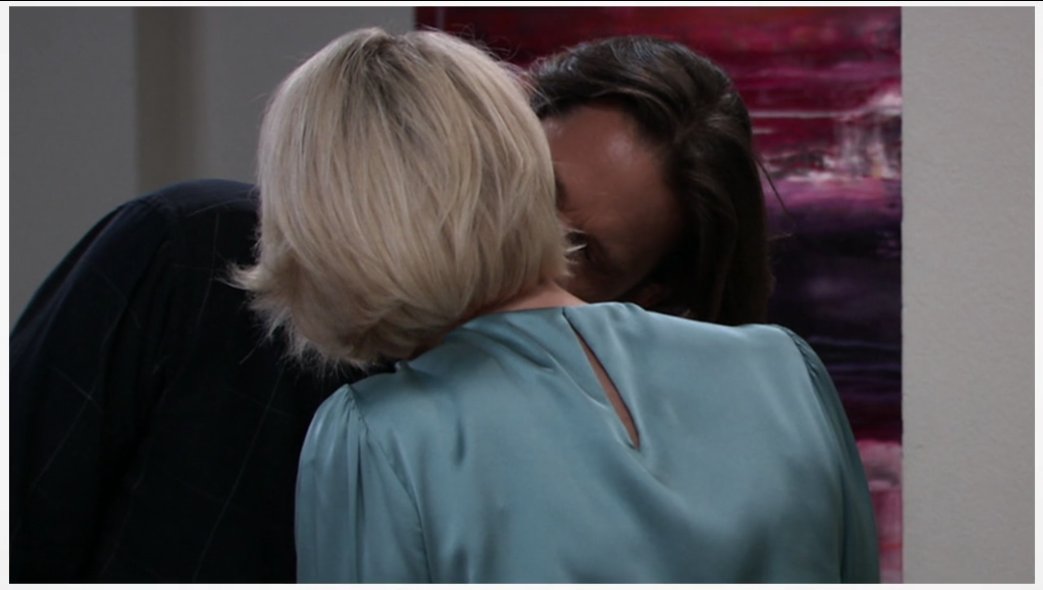 I'M CONFUSED AS HELL OF THE WEEK:  Was someone taking photos of both Franco and Ava and Nik and Liz? Looked that way, but who was IN the Gallery?? Weird. And this whole thing is weird. It's probably a set up between Liz and Franco but it's just playing out so clunky. I was baffled in most places. Do they want Ava to fall for Nikolas? Do they want Ava to lose the money? Was Liz feeling something for Nik? Is Nik in lust with Liz or...?? Ugh Too much to figure out for so little payoff.

VOICE OF THE WEEK: HOLLY! Yeah!! It should lead Robert on a good adventure!! We know Ethan will be back too. I think Olivia will be with him as well. Could be fun. 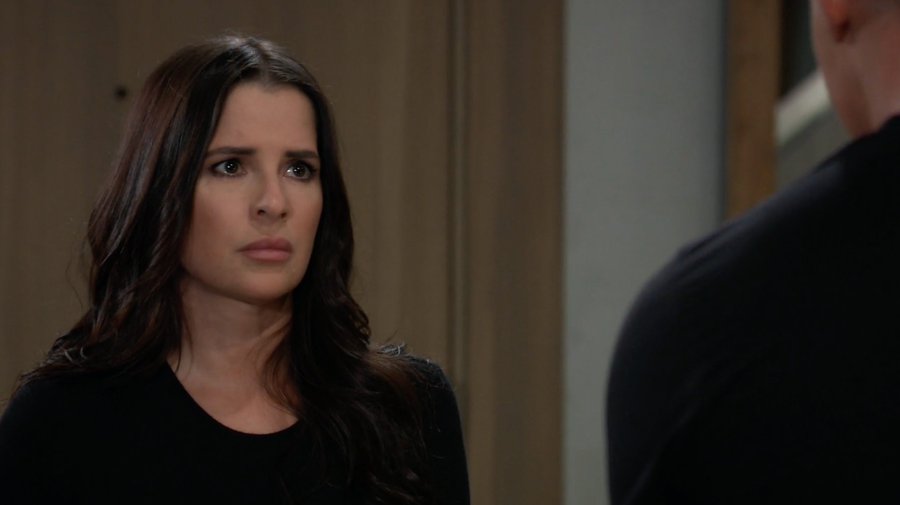 CHARACTER I WANT GONE OF THE WEEK: I'm just done with you, Sam. Your whispery, sad-sac approach to life. BYE. Plus if you die a nasty death then that gives Jason a story and maybe a new chick by his side. He needs some shakin' up. 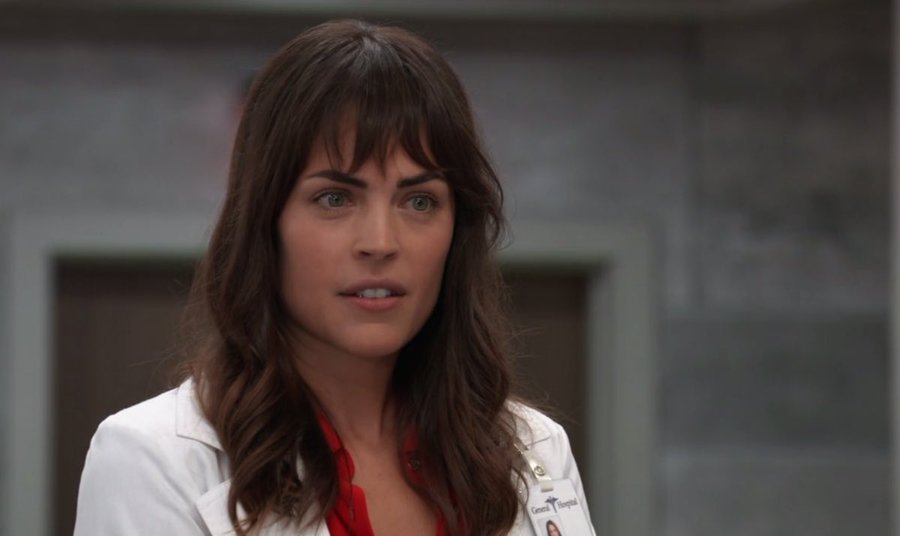 I'VE WAITED FOR THIS OF THE WEEK:  She's baaaaack and NO One is happy at GH. Cyrus made her Chief Of Staff!! Unexpected and just plain awesome. Monica has to take care of the kids anyway, right? May as well have a snarky character in charge. Not only that, Epiphany was given admin work and Liz is only on shift work 2x a week! Who's the new head nurse going to be? Too bad Brad isn't an RN!

SCENE OF THE YEAR:  Oh boy.. LLC and Dom were KILLIN' it. This could have been cheesy or over the top but it wasn't. Olivia was just as hysterical as any mom would have been in that situation. She talked about loving him no matter what and she'd always be there. To get better, not to worry. SNIFF. Her pleading was heartbreaking. Dante's reaction was magnificent. The heartbreak and him going to reach for the door handle and stopping himself. :SOBBING: Great, great stuff. I'm so glad LLC is on more because I really love her as an actress.

FAVE MOMENT OF THE WEEK: It may surprise you, given all to choose from that I picked this little snippet. Ava, going to Sonny when Mike is dying was so perfect. I love Ava. Her character is developed so well. Maura sells it of course, and she played this perfectly.  I also like she and Maurice together acting wise so it was a win-win for me.
FOR SPOILERS GO TO: Diagnosis Daytime  I think next week might be the week Mike actually dies? 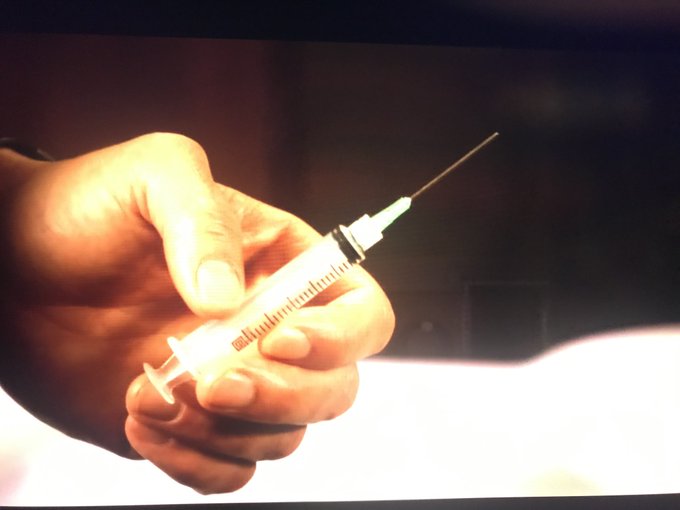 PROP OF THE WEEK:  Neil's syringe, manhandled by Jules 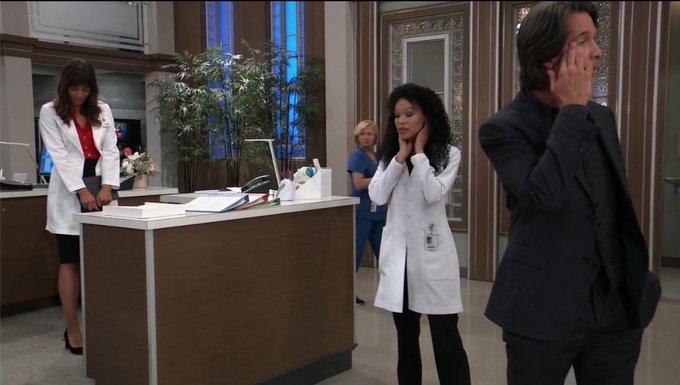 WUBSHELL WEEK:
The Foursome are all going to Homecoming together as "Friends"...
Portia apologized a bit to Ava and to Jordan
Trina is back working the Gallery
Nik kissed Elizabeth, Ava kissed Franco. We think there are photos
Mike is being visited by people as he starts his passing
Stella is back in town
Sam figures out it's probably her fault the hospital is going to hell
Britt is back and Chief Of Staff thanks to Cyrus!
Olivia couldn't see Dante because he wouldn't open the door
Robert heard Holly's voice on the phone
Jordan thinks Cyrus killed Neil but Cyrus wonders where he got the drugs
Julian finds a needle under Alexis' bed
Martin Gray was in town to let us know he had the letter from Nelle
That's about it!! Like I said, I had a fun end of the week. I love when they do things with the hospial. I loved when Dr. O was in there. I really wish she'd get sprung by Cyrus too! Why not? You know she'll make some drugs if it means her freedom! Looking forward to Ethan coming and whomever Kim Delaney is playing. New head nurse maybe? Finn's step mama? Hmmmm. Hope your Sunday is a Funday.  Thanks for reading!
photos  thx to: @theWSB @SoapJenn
By kdmask - September 13, 2020
Email ThisBlogThis!Share to TwitterShare to FacebookShare to Pinterest