Lulu's interview with Ned is on..it's election day. Ned will support Laura even if she wins. Cute scene. 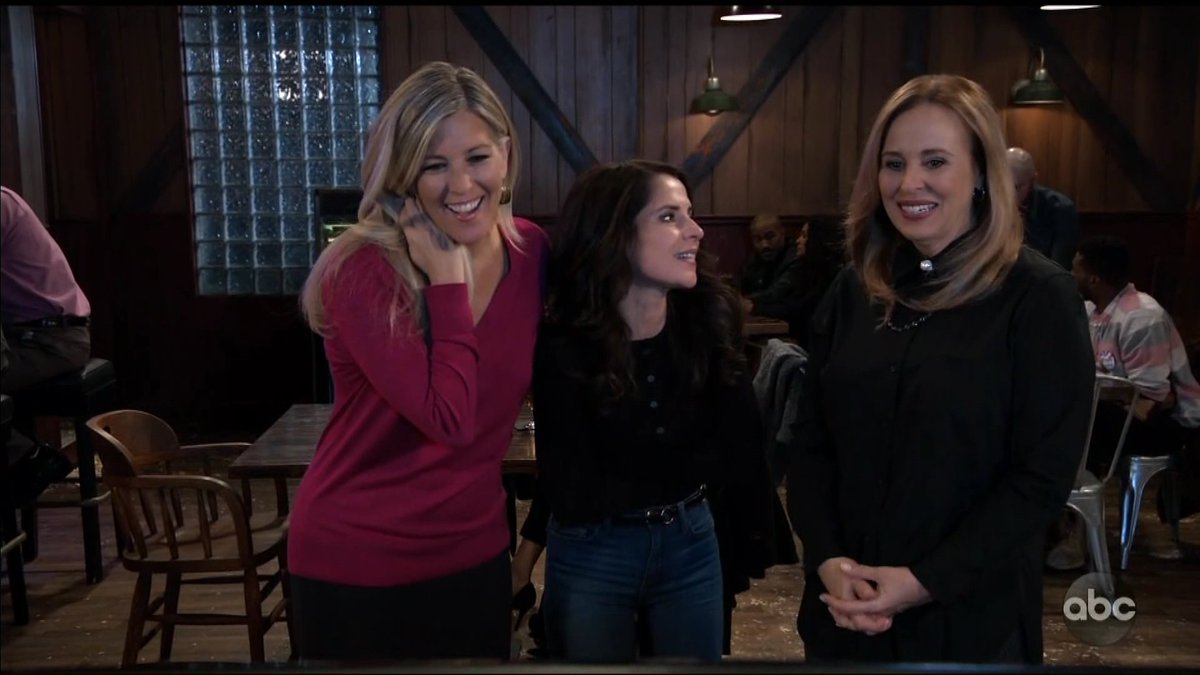 Carly talks to Sam about Oscar's illness at the Floating Rib.  Laura is there too to see election results.  They talk about the patient in Ferncliff and his name "Wilson Ritter" Laura thinks it's an alias.

Oscar's trial. He's got the bitchy judge.  Alexis using the "he's a minor, never in trouble good white boy" defense.  The dealer got 12 months in juvvy--why not Cam? asks the judge.  Cam reads his apology letter. Things are going ok and then LIZ jumps up and says "he didn't tell you all of it".  She tells the judge about the pot brownies. The judge then starts in on "are you a doctor or a nurse, how could you know if it would make it better"??
THEN DREW BARGES IN! "I have something to say, your honor"!! ahahaha. Throw them all out!! Drew says Cameron was selfless and a "hero". Judge adjourns to think about the verdict/sentence.
Judgement: Delay in judgement for a year provided Cam doesn't get into trouble, does community service and drug counseling. Cam is like A YEAR ON PROBATION? Geesh, stupid kid. Liz tells him he needs a job to help pay for Alexis' legal fees. Franco laughs. Drew offers him a job. Geesh, I forgot he owns Aurora.
Oh! Cam still doesn't know Oscar is dying.

Sonny drops by Lulu's to check on she and the kids. Totally forgot Rocco was his grandkid. He has bodyguards on her (of course).
Later the DA come in and talks to Lulu about the case.

Jordan is calling Sean Donnelly to talk about Ryan's murders. Unfortunately, he has Alzheimer's..Tiffany suggests they talk to Mac because he was involved with the investigation. They go to the Floating Rib to talk to him.

By kdmask - January 09, 2019
Email ThisBlogThis!Share to TwitterShare to FacebookShare to Pinterest