So, looks like we are back! Soap Opera Digest writes that GH will be back with new episodes August 3rd!  I was skeptical but it's happening. 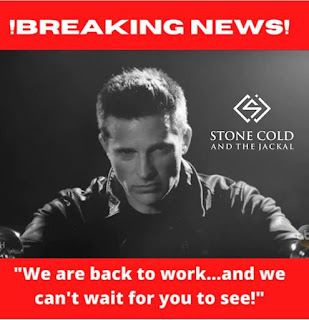 If you look at the spoilers for that week you'll see that GH is basically continuing as it was. Doesn't look like it's missed a beat.  Nelle is "Shaken"... Sonny is "devastated"...Willow and Michael get closer...yada yada. I guess Wiley is given to Nelle, Mike probably dies and we'll get some Cyrus/Brando interaction. How do I feel about this? Can I be honest? I'm a bit let down. I was hoping for some big shake up to happen and GH to be REALLY changed.  The show was boring before COVID hit and I was looking forward to the Nurses Ball to take the yawns away. I will tune in of course but it's not making me excited.

Dom Z became a US Citizen!  Did you know he was Canadian? YEP...he took to IG to let us all know he's now able to vote in the good ol USofA.
Will you be watching when the show is back? One of my greatest fears is that it will have lost viewers that just won't bother. One of the reasons I was hoping for something dramatic to happen when it did air again was so that people would HAVE to tune in. "See who died while you were gone"!!  or "Port Charles one year later...who survived"??
Have a great Sunday. We are in good shape here in NY and our numbers continue to go down. We have another whole month until school so that's also a good thing. I celebrated my..gulp  30th wedding anniversary this past week and I think the saying "the days are long but the years are short" is so true! Time flies.  Regis is gone. He was my birthday buddy so I always had a little bond with the man (he and Gene Simmons lol).
My advice for today? Have an ice cream or if you can't a sherbet... or if you can't do that... go for a nice swim!
By kdmask - July 26, 2020
Email ThisBlogThis!Share to TwitterShare to FacebookShare to Pinterest

Thirsty Thursday First off, no one is named Thursday. Who would do that to a child? I tried to find some photos of people ... 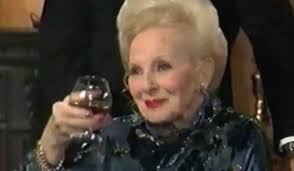