Ok, so Laura meets with Martin to try to get dirt on Cyrus.  He's trying to excuse his behavior. He's acting like the middle child so much :) lol. Laura's wondering if he's working for Cyrus. 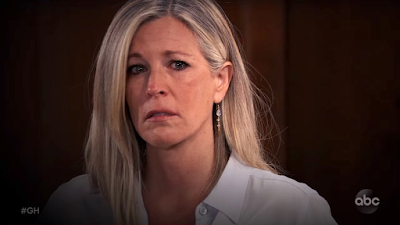 Carly didn't get the chance to tell Jason she had Cyrus' mama taken before Cyrus comes in demanding to know where she is. LOL OMG Cyrus is pissed. Jason is saying he doesn't know. Cyrus says Sonny would never have done this. Jason "I'm not Sonny". Cyrus leaves. Jason looks at Carly: "YOU TOOK his.......MOTHER"?????? ahahahahaa. She called SPINELLI and they took her to a safe house and-- BOBBIE IS HER NURSE!!

Jordan tries to apologize to Portia. Portia's not having it. Says Trina lost her father twice. Jordan's reactions are SO LACK LUSTER. UGH.. She just ruined these scenes. Sorry but that's the truth. Portia leaves.

Ava is in Charlie's Bar...missing Julian. Alexis comes in looking harrowed. She said she saw the light on. Ava is like "oh you come back NOW"?? They go back and forth. Nikolas tells Ava not to hurt Alexis just because she's hurting. Alexis is like: Um..are you TWO IN LOVE??  They exchange barbs. Alexis tells Nikolas there is no true love; it always ends in disaster.  YOU HAVE TO WATCH THE ALEXIS/AVA SCENE WHEN Alexis and she are drinking at the BAR. It's amazing. They are masterful. Talking about dangerous men being hot. And Alexis' love/obsession for Julian and it being poison. WOW. Just ..wow. Alexis finally leaves but she's shaken Ava with her words about passion and addiction.

Jax and Nina. Joss is refusing to go to Australia with Jax.  Um, it's JANUARY HERE, GO GIRL!! lol They talk about Joss being older and not wanting to leave her mom and school.

CYRUS bursts into the Metro and tells Martin their mother is missing. Sees Laura. It's her fault! Our sister knew where mom was and now a few days and she's gone! Laura knows nothing about it. OMG CARLY ahahahahaa. Cyrus asks Laura if she told Carly about Flo. Laura is saying NO!! But realizes stupid Carly did do this. LOL She's going to try to go and fix it. Martin is so upset he has to sit down. ahahaaha. GREAT SCENE!!!!!!!!!

WATCH THE SHOW DAMN IT!

By kdmask - January 04, 2021
Email ThisBlogThis!Share to TwitterShare to FacebookShare to Pinterest 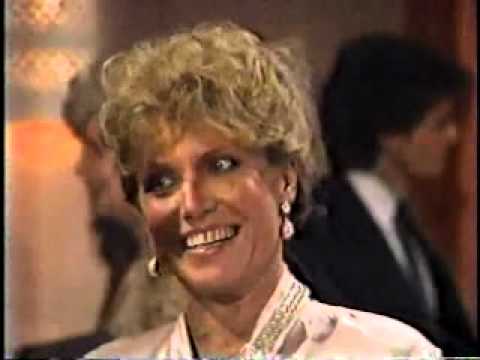